I began taking hormonal birth control back in 2009 when I was 18 years old. I was at my wits end with menstrual cramps and didn’t want to have to skip class or miss out on any more fun events. Heavy periods, vomiting, and fainting spells had been a part of my life since I was in high school. It was my “normal,” but it kept getting worse and began interfering with my day-to-day life. I was told this wasn’t unusual, but if I wanted to lessen my symptoms my only option was hormonal birth control. I wanted to lead a “normal” life, so I popped the pill and didn’t look back for almost 10 years.

In my mid-20s, I began learning about environmental toxins and how so many of our everyday personal care products can have a negative impact on our overall health. It was after this discovery that I started learning more about women’s reproductive health. From hormones to discharge, I was stunned at how much I didn’t know about my own body.

While I was researching, I was surprised to learn about some of the negative side effects of birth control. I know that all medications have possible side effects, but these potential symptoms were never presented to me by my doctor. Don’t get me wrong—I am not against hormonal birth control; however, I wish I would have been presented with this information by my doctor prior to starting the pill.

In 2018, I approached my OB about stopping hormonal birth control and trying the Fertility Awareness Method, which involves tracking your natural cycle of fertility and your menstrual cycle, developing a better awareness of your body, and using a variety of non-pharmaceutical methods to detect ovulation. She immediately shut me down and said it wouldn’t work. So, I stayed on birth control; but at the same time, I didn’t stop learning. It was like giving myself a crash course on my own body!

Later that year, I began taking a prenatal vitamin and practiced taking my basal body temperature before coming off the pill. When I finally did throw away the last of my hormonal birth control pills in January 2019, I began using the Fertility Awareness Method, and I am now more in tune with my body than ever before.

But let’s not get ahead of ourselves: coming off birth control was a bumpy ride. I was aware of Post Birth Control Syndrome and its symptoms, but for some reason, I didn’t think they would affect me. At the very least, I thought that I could balance my hormones myself. However, about six months after stopping birth control, I developed severe hormonal acne. I also started having serious problems with my gut.

About 7 months after I quit taking hormonal birth control, I saw my OB for my annual appointment. I told her that I had quit taking the pill and based on my fertility tracking I thought that my luteal phase was too short and that my progesterone might be low. She quickly brushed it off, told me I was fine, and said that no additional testing was needed. I ended up moving from Texas to California a month later, but either way, I knew I needed to find a new doctor once I got there. 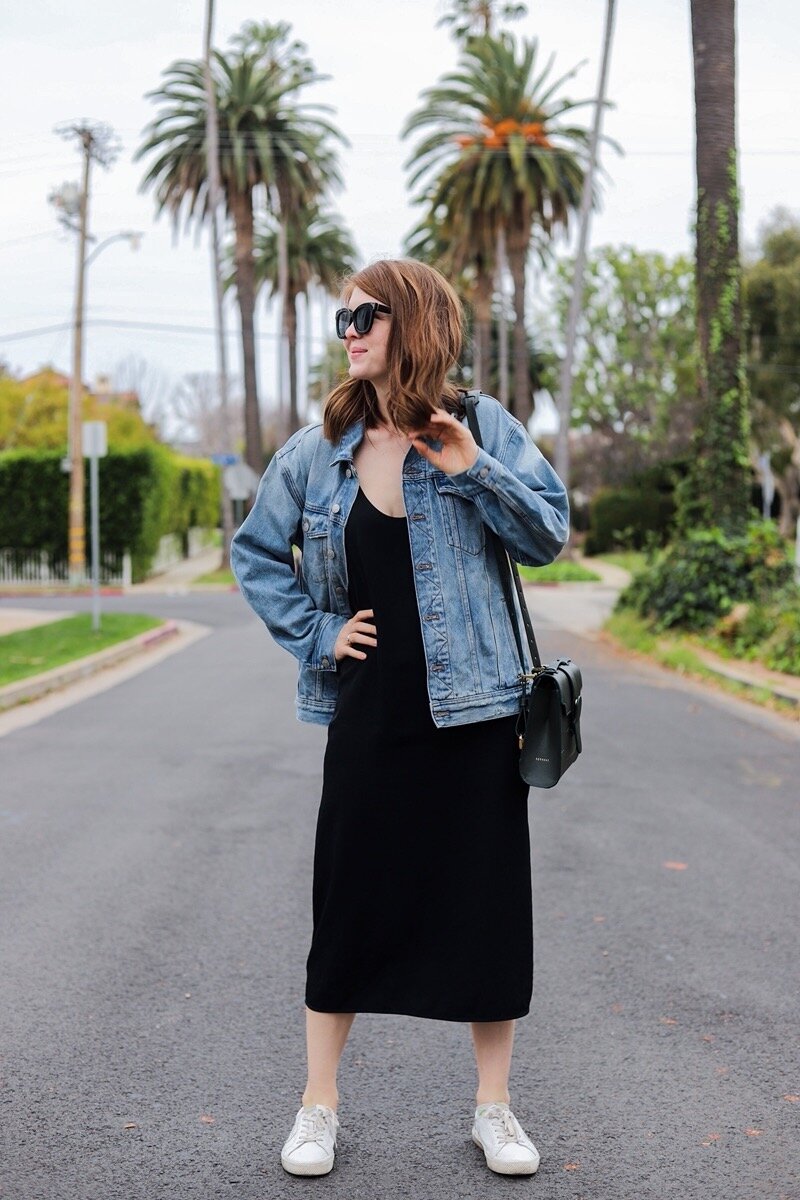 In late 2019, I was settled in L.A. and finally worked up the courage to go see a doctor about my prolonged gut issues. She immediately scheduled me for an emergency colonoscopy, and I was diagnosed with Ulcerative Colitis, specifically, Ulcerative Proctitis. What I didn't know then was that Inflammatory Bowel Disease (IBD) can have a negative effect on fertility. After experimenting with several different medications over the next couple of months, I found one that worked for me and finally began to feel relief. My face also began to clear up, and I experienced less painful pimples. I’m so glad I went in when I did because if I would have gone in any later it would have been harder to heal from, and I could have lost some of my colon.

While my gut was on the mend and my acne had improved, my periods still seemed short. But, with the pandemic, I hadn’t really made time to find a new OB in L.A. That summer, I experienced an extremely short menstrual cycle (two weeks in-between periods!) and decided enough was enough. I needed to find a hormone specialist. Clearly, something was wrong, and I finally admitted to myself that I couldn’t balance my hormones on my own.

I began my search and was lucky enough to find an OB who was also a hormone specialist. I made an appointment as soon as possible, and while she suspected I had PCOS, she wanted to do a full hormone panel and an ultrasound to be sure. Instead of PCOS, I found out I had high DHEA (which was likely causing my acne) and low AMH for my age (30). If I wanted to have a family, my doctor said I should either consider freezing my eggs or start trying sooner rather than later. We opted for the latter.

Luckily, I got pregnant very quickly. However, it didn’t last long. I experienced a miscarriage at 7 weeks. Couple that with being alone in the emergency room during a pandemic, and you’ve got a recipe for disaster. I still carry the anxieties and worries of that miscarriage with my current pregnancy. After my miscarriage, I began looking for more answers. I had finally found a doctor I could trust, and we decided to test my progesterone levels, which came back low. Low progesterone very well could have contributed to the loss of my first pregnancy, and I was started on progesterone supplementation right away.

Now, I am pregnant with twins, and I share this story because while I trust and respect the doctors who helped me get here, I had to be my own advocate from start to finish on my fertility journey. Everyone’s story is so different, but for me mending my gut health was instrumental to my fertility, as was taking supplements to help lower my DHEA. And if I hadn’t found out about my low progesterone, I might not be successfully pregnant today. So, my advice to you is this: get to know your body, educate yourself on your reproductive health, and if you feel like something is off, don’t be afraid to speak up. You never know when it will make the difference. 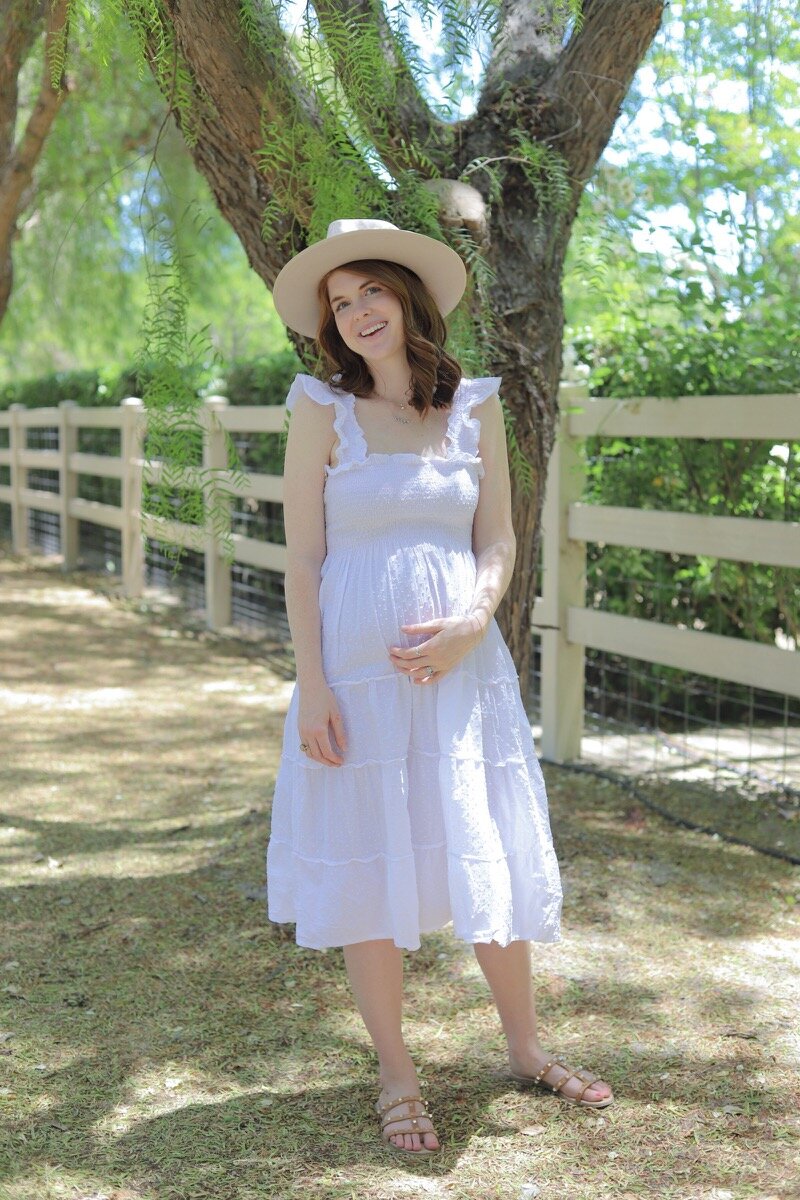