Miscarriage Anxiety Robbed Me Of The Joys Of Early Pregnancy

I met my husband the old-fashioned way—on the internet! We got married in 2012 and traveled the world: Europe, the British Virgin Islands, Puerto Rico, St. Thomas, Tulum, just to name a few. When we started trying for a baby in 2013, many of our friends already had kids and had zero problems conceiving. We thought, “this will be easy,” since it was for everyone else we knew. 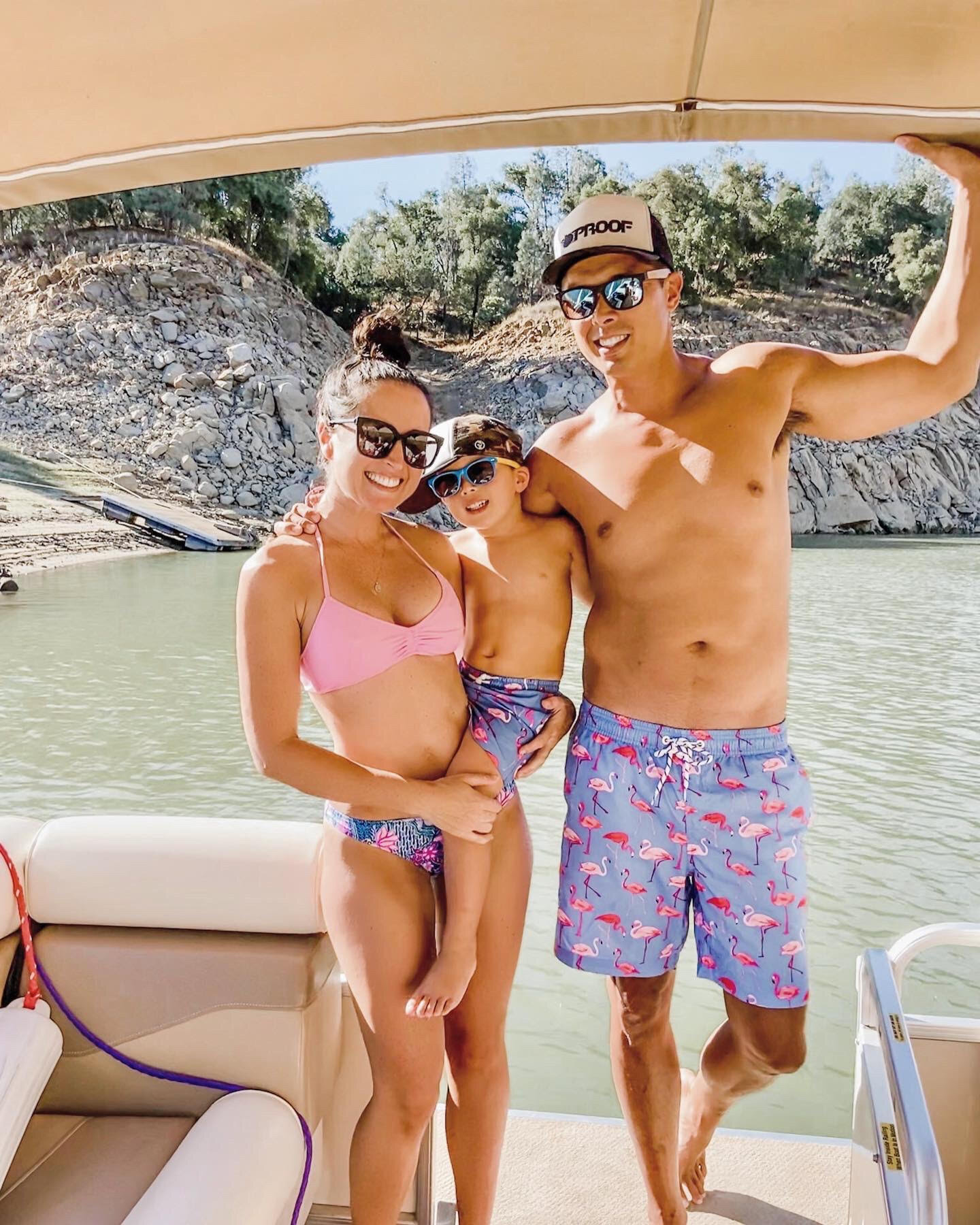 It took about a year of trying, but we finally got pregnant in 2014. We were so excited and were completely shocked when that pregnancy ended in a miscarriage. We knew the statistics, that 1 in 4 pregnancies end in loss, but we never thought we would be the 1 in 4.

We got pregnant for a second time, and we had another miscarriage. We couldn’t believe it. Devastated and defeated, we trudged on. We went to a fertility clinic where they ran all of the necessary diagnostic tests, and 18 vials of blood later they determined I had Type 2 Diabetes. I started exercising like I never had before and ate as healthy as I could. Yet, when I received my A1C results 3 months later, my levels had only dropped .01. I felt defeated all over again.

When we found out a few weeks later that we were pregnant again, we decided that we weren’t going to get our hopes up this time. We had just suffered two pregnancy losses in a row, and we were preparing our hearts for even more bad news. Infertility is a thief. It robbed us of all of the excitement we should have been feeling in those early stages of pregnancy. For us, those two pink lines meant nothing but a waiting game of gut-wrenching pain. Much to our surprise, that is the pregnancy that finally stuck, and we had our amazing son in December of 2016! 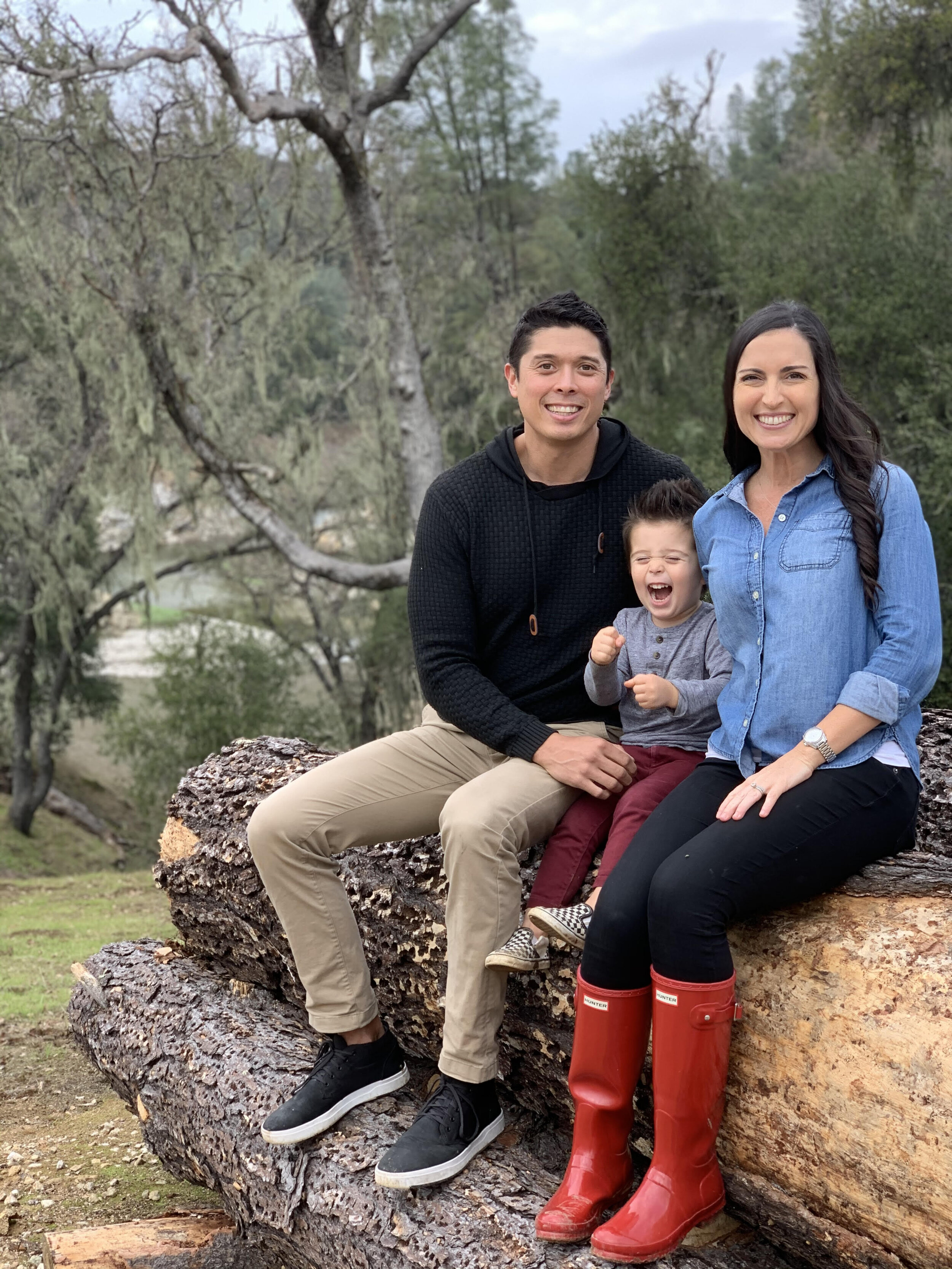 About a year after our son was born, we started trying again. Knowing our “luck” and previous track record with infertility and pregnancy loss, we knew a successful pregnancy could take us a while if it even happened at all. We tried for several years and didn’t get pregnant, which I was okay with since it was better than the alternative, another loss. I remember thinking to myself, “I would rather not get pregnant at all than get a positive pregnancy test, have all of the pregnancy symptoms, and then have another miscarriage.” As it turns out, recurrent miscarriage really messes with your head.

When we eventually got pregnant again, we were so hopeful. We thought our spell was finally broken and since we had a healthy pregnancy with our son, this pregnancy most definitely had to stick, too. Unfortunately, we were proved wrong yet again when we had our third miscarriage.

At this point, we had been trying for a second child for 3 years, so we decided to do an IUI as our next step. I was very hopeful this would be it. My husband has low sperm motility, so if the timing was right, and his little guys were literally right where they needed to be, I thought for sure we would get pregnant even though I wasn’t necessarily hopeful it would stick. Instead, Aunt Flo visited two days before I was to take a pregnancy test—another devastating letdown. 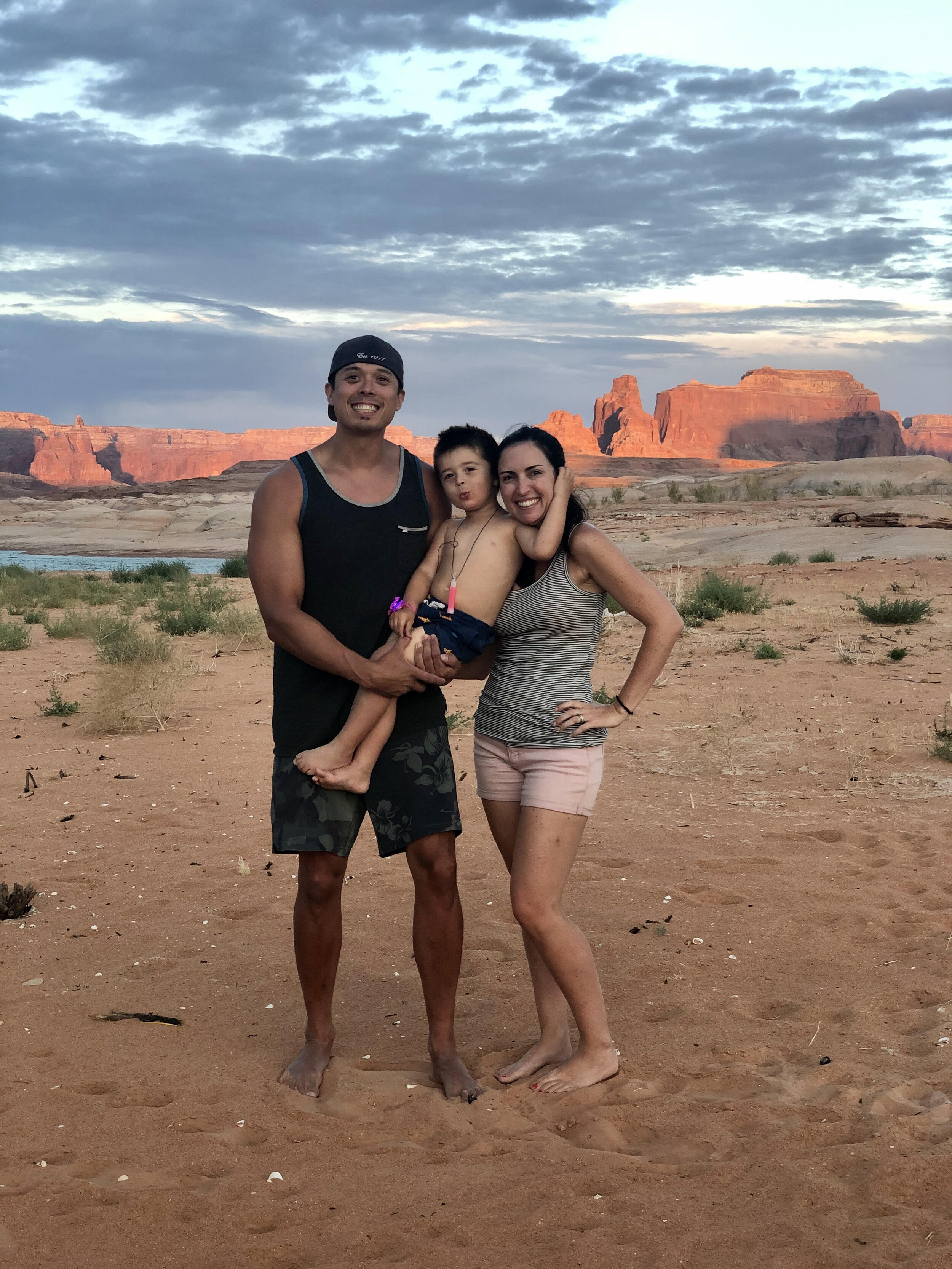 The following month, my levels were insanely high the week before I was supposed to start my period. I took a pregnancy test two days before my expected start date, and there it was: that dreaded faint second line. I know that a positive pregnancy test is a blessing to most, but after three early losses, it became dreaded to us. After all, this was my fifth pregnancy, and yet we only had one healthy child.

At 7 weeks pregnant, I had my first ultrasound appointment, and there was a heartbeat! Due to Covid restrictions, my husband, who has been right beside me and so supportive during this entire journey, couldn’t attend the appointment and had to wait in the parking lot for my FaceTime call. Not having your partner with whom you’ve experienced the lowest of lows, especially during this incredibly anxiety-provoking time, was heartbreaking for both of us. Thankfully, the pregnancy progressed normally, and I am now 33 weeks pregnant with our rainbow baby!

Pregnancy after loss is hard. I don’t think I will ever quite relax until I’m holding this baby in my arms, but all is well, and we are having a little girl in July! My hope is that our story can help those who have been down a similar, difficult road. Pregnancy loss is so incredibly common and yet needs to be talked about more. When you have a baby there is so much attention; yet, when you lose a baby, there is so much isolation. If there is any parting wisdom that I have to offer, it is to remind you that you are a warrior. You are strong, you are resilient, and you are not alone! 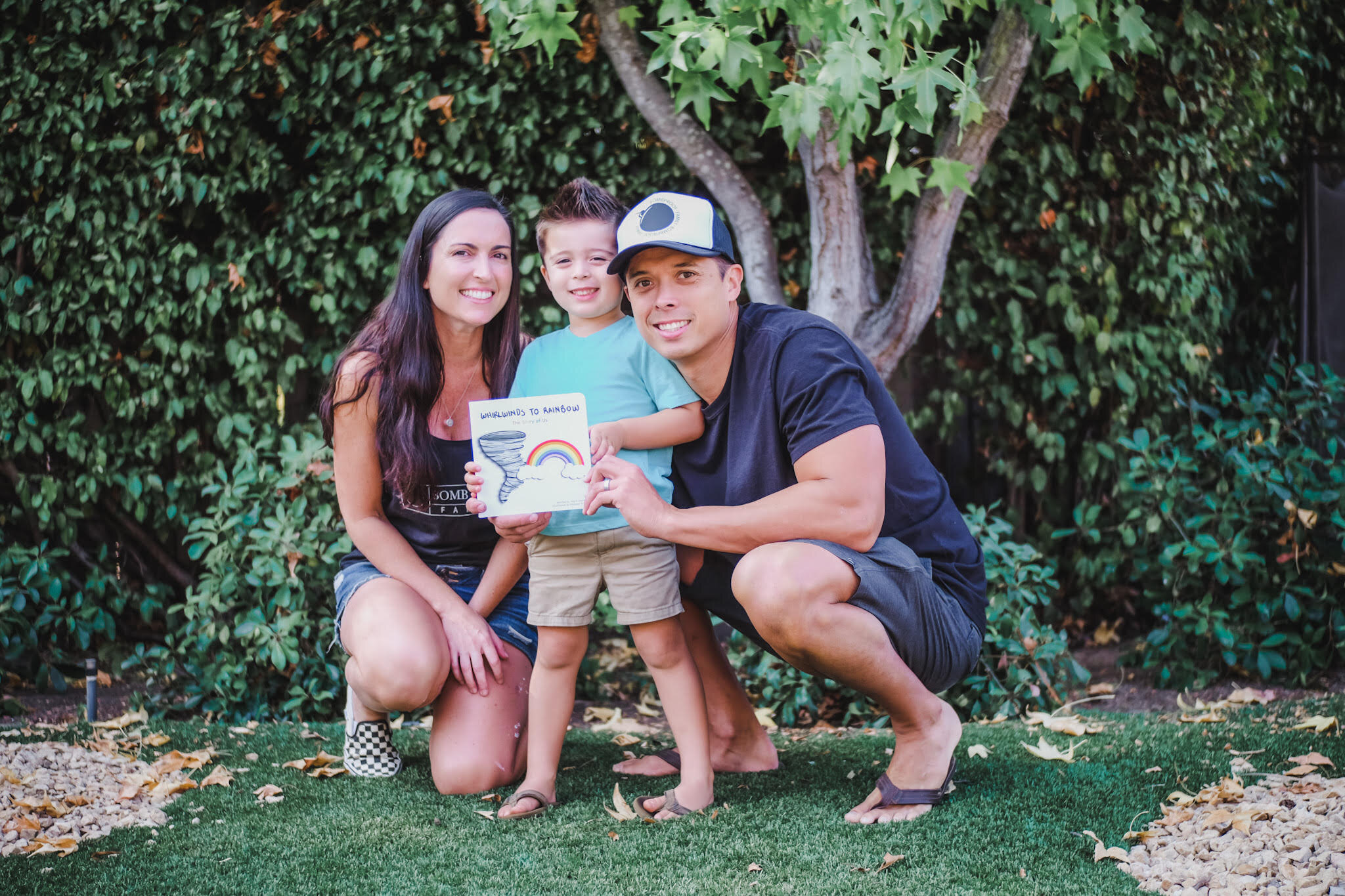 Kimberly Morrison lives in San Diego, California with her husband Mark and their son Logan. After struggling with infertility and recurrent miscarriage, Kimberly and her husband Mark wrote a children’s book called Whirlwinds to Rainbow, an uplifting story that sheds light on the sometimes long and difficult road to creating a family. You can follow Kimberly on Instagram at @bombprooffamily.