Money, Career and Fertility: The Price of Modern Motherhood

The idea that the modern woman can have it all — a career and a family, a fulfilling professional and personal life — is a foundational discussion in female fertility.

Women are constantly faced with a false either/or choice of having a career or a baby and reminded of their ticking “biological clock” and how they have to race to build a family before it’s too late.

However, the relationship between money, career, and fertility is much more complicated than that and there is a myriad of factors that influence women’s fertility decisions.

Fertility plans and career paths are deeply intertwined, even long before there’s a pregnancy or when the first child is born.

According to a 2018 study by the Institute for Fiscal Studies, women’s career paths are shaped by their desired fertility, and in return, career paths influence women’s fertility choices.

High-status jobs are often designed as career tracks that offer quality training and promotions in exchange for a continuous work commitment.

So when women choose a steep career path, they put themselves on a trajectory that prioritizes their job and less so pregnancy and children.

This is echoed in the Modern State of Fertility 2020 report, which shows that 1 in 3 respondents cited wanting to “reach a certain title or level in their career first” as a main factor influencing their decision to delay having kids.

But with innovative pathways to fertility and reproductive technology such as IVF and egg freezing on the rise, 90% of career-focused women believe it gives them a good chance of conceiving beyond age 30.

Both pregnancy costs and childcare costs are crucial for women’s fertility decisions.

Almost half of the people who want kids one day are delaying parenthood because of financial reasons such as not having enough money saved or wanting to earn a higher salary first.

The high costs of fertility treatments inhibit younger women from having children. The vast majority of fertility patients pay out-of-pocket, with little help from their insurance carriers or employers.

In fact, 57 percent of people are willing to make a career change in order to receive better fertility benefits. 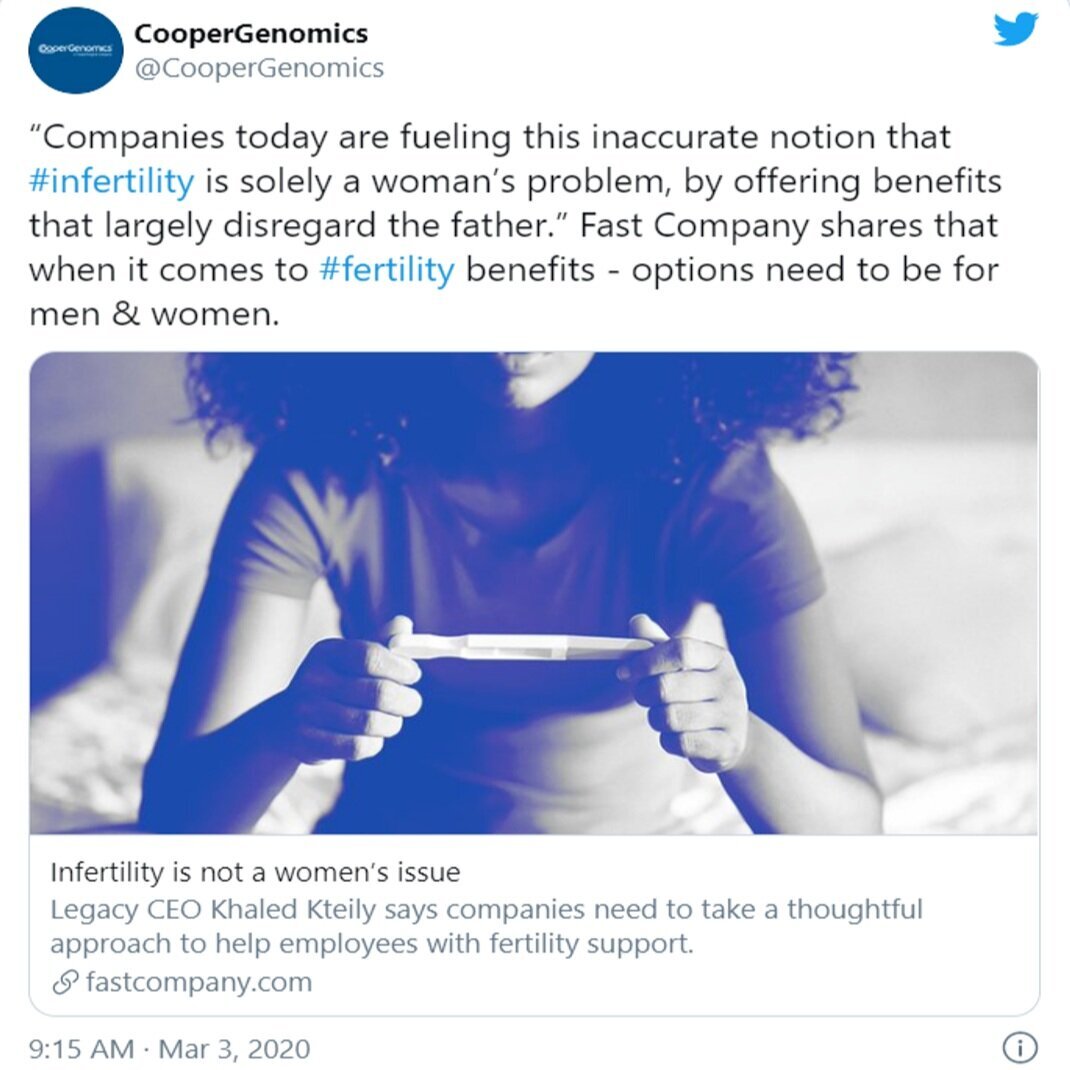 Moreover, it costs an average of $13,366 yearly to raise a kid in Canada, based on the 2015 estimates of MoneySense. This number, of course, doesn’t account for inflation and the rising costs of housing, food, and child care.

So it only makes sense that 75% of people said they view childcare costs as the biggest financial burden of having kids.

While three out of four career-focused women surveyed think pregnancy planning is important, the reality of gender inequality at work often influences their choice to delay having children.

Women are often paid less than men, they are often underrepresented in leading positions, and their careers develop at a slower pace than those of men.

Most jobs are still set up for a male wage earner who has a wife at home who can take care of the kids. Therefore, the job isn’t flexible enough for undergoing the fertility journey or for a new parent; it didn’t pay enough to cover the cost of childcare; and it doesn’t offer sufficient maternity leave and family support.

What’s more is that not only do women’s jobs impact their decisions to have children, they also have a profound effect on their rate of fertility and the success of fertility treatments they undergo.

Disparities in income levels and career paths intersect with issues of race and ethnicity across the board. Racism is a key public health problem with a measurable impact on fertility and should be addressed to eliminate racial inequities in infertility care and childbearing.

Racial discrimination at the workplace has direct effects on the fertility of black women and women of color through the disparity in the nature of work, income levels, healthcare benefits, and access to childcare.

This is reflected in various statistics. For example, married black women (ages 25-44) are nearly twice as likely to have infertility problems than married white women. 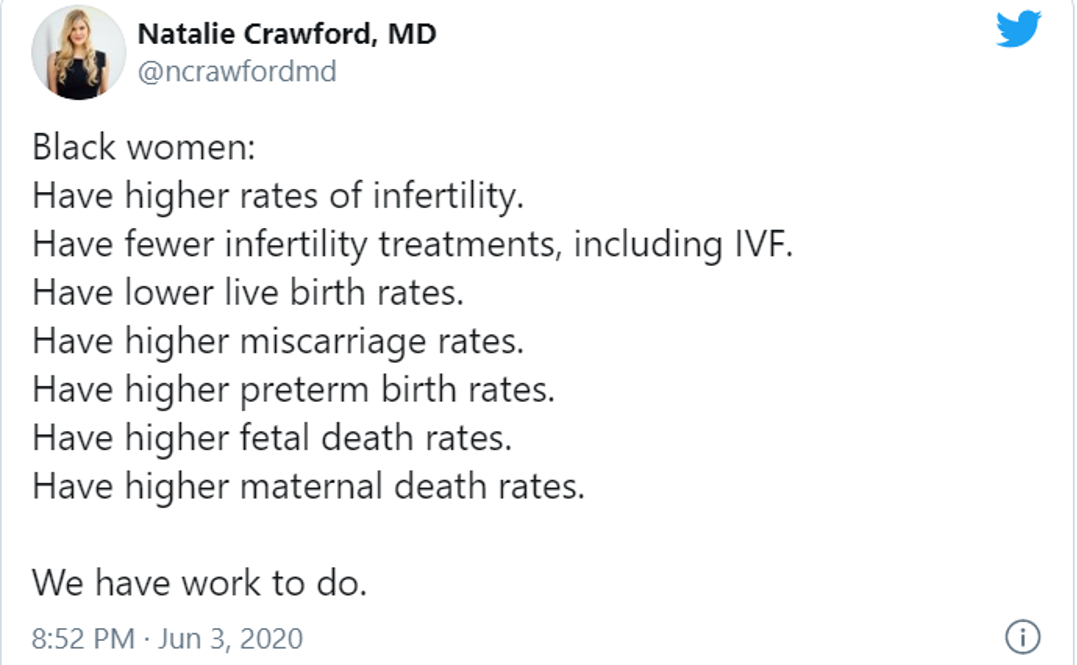 While we have only begun to grasp the deep-rooted relationship between money, career and fertility, we need to explore those connections further to better support women throughout their fertility journeys, however they may look.

This article was originally published here.