How I Changed My Mindset And Started Living Again Despite Infertility

“What if it takes five years?” It’s ironic now because the five years in question were so arbitrary and also seemed impossible at...

“What if it takes five years?” It’s ironic now because the five years in question were so arbitrary and also seemed impossible at the time. Yet, here we are four and a half years since we started trying.

We’ve gone through a laparoscopy, three failed cycles of Clomid with IUI, three failed cycles of IVF, and one failed FET with no frozen embryos currently on ice. We’ve had a cycle where I ovulated prematurely, a cycle during which they blamed our two embryos that didn’t survive the thaw on the embryologist, and a cycle where I went in for a fresh transfer only to be told that none of our embryos had survived. Through it all, what people ask me the most is how I stay so positive, and it all started with that question. 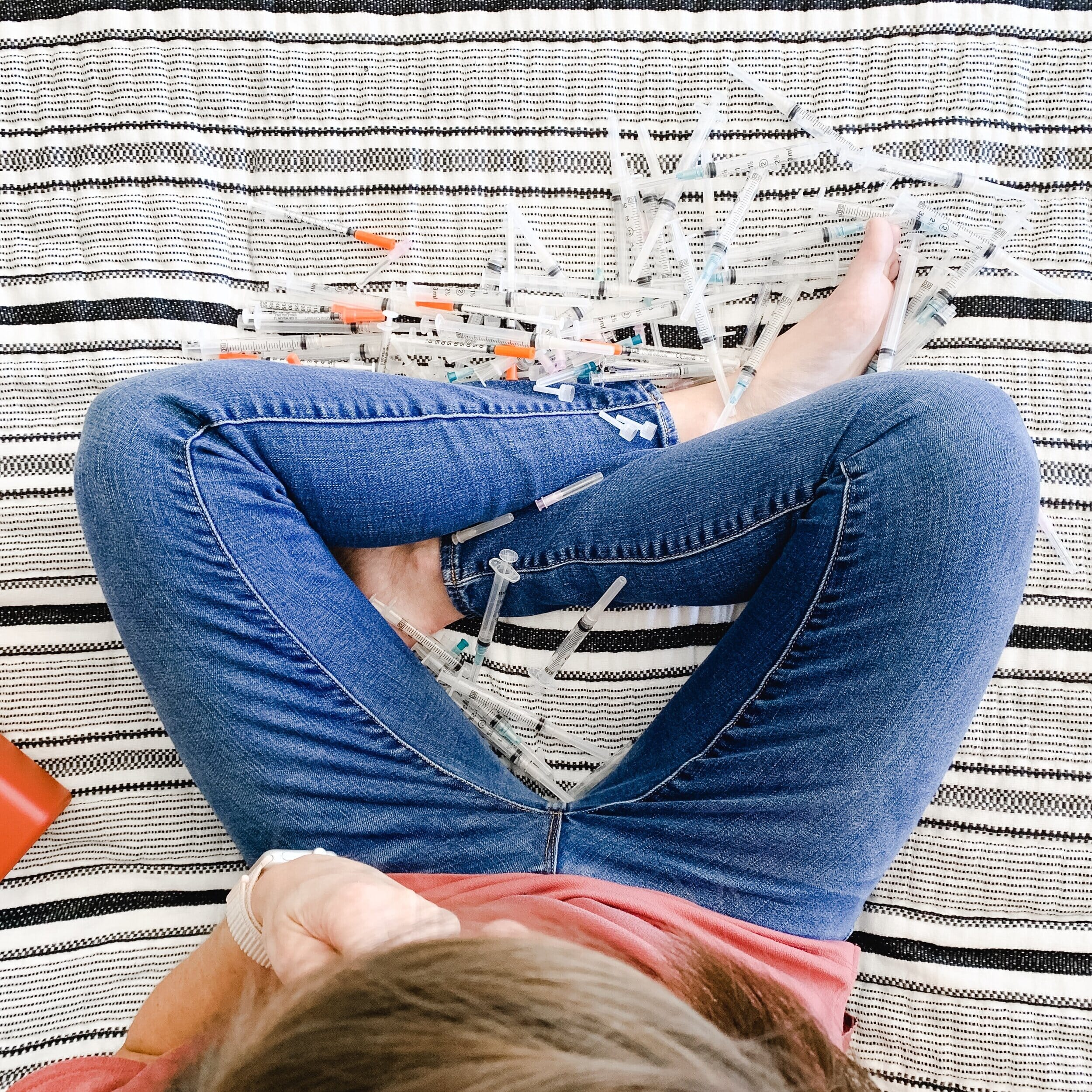 About a year and a half after starting our journey to conceive, I sat down and asked myself, “What if it takes five years?'“ Not yet being immersed in any community or the world of infertility yet, all we had heard was that it could take up to a year after stopping birth control. We were blissfully ignorant and started trying shortly after getting married, but after a year passed we started to think that maybe something wasn’t right.

It had absolutely never crossed my mind that we would struggle. I have three sisters that all had children already, and we considered ourselves young (26 at the time) and fairly healthy. So a little over a year in, when we were already doing OPKs and Basal Body Temping with nothing to show for it, we finally sought help.

My gynecologist did some bloodwork, which turned out fine, and suggested we see a Reproductive Endocrinologist. While I was happy to be taking a step in the right direction, it wasn’t easy to admit to ourselves and come to terms with the fact that we would need help to have a baby. I was on the outside in this separate, isolated world as I looked at the lives of friends and family members who were getting pregnant, some with their second child, while I was just starting out on the journey of endless appointments, needles, ultrasounds, and procedures. 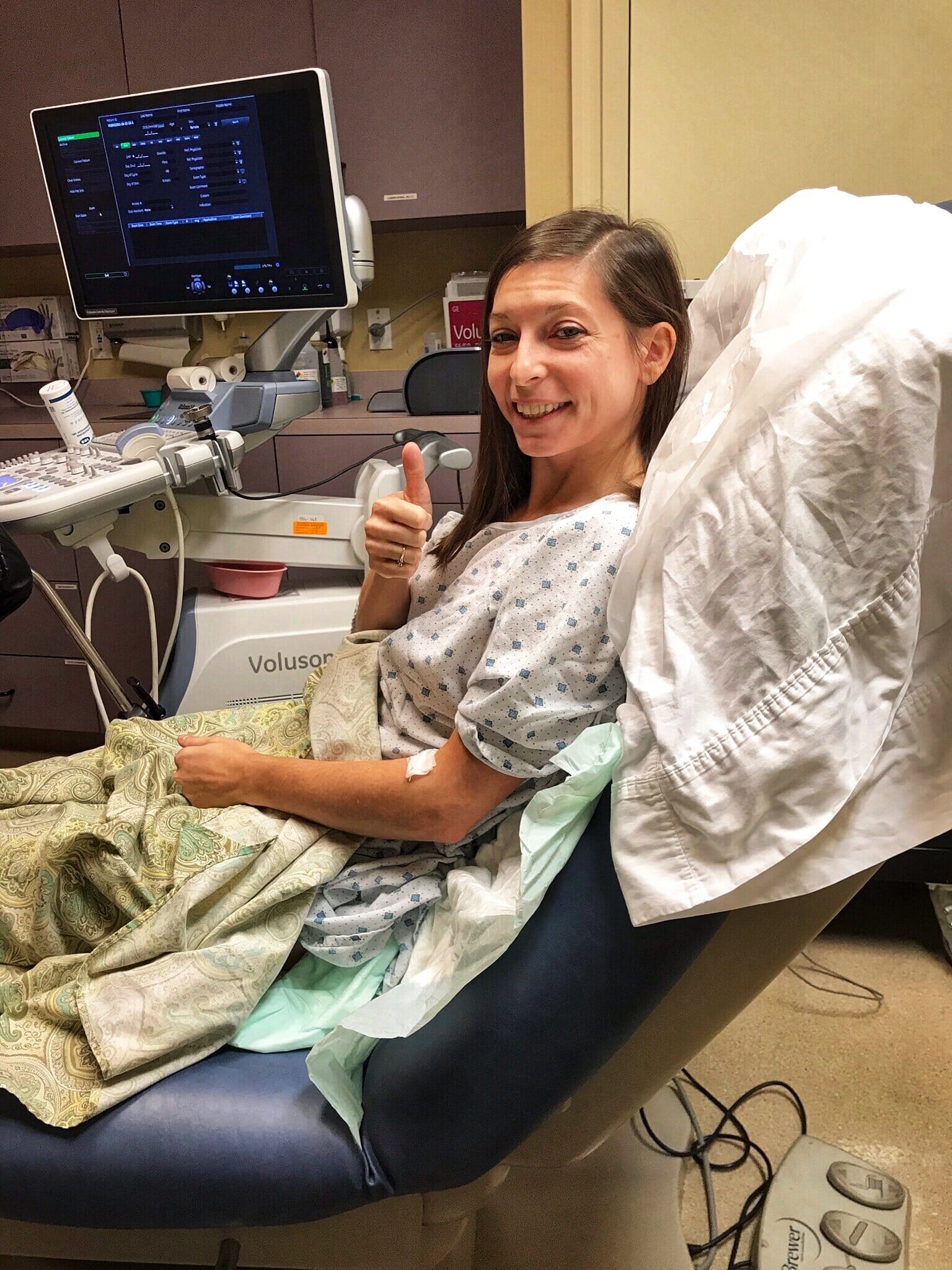 As someone who was usually happy and smiling, I found myself sad, angry, and impatient. Don’t get me wrong—I can be sassy at times and a bit of a crier, but the typical me had been a positive one, and I felt her fading fast. I went to work, through the motions, and other than that, I spent my time being upset about our struggles. There were so many things that came up or ideas I had that I didn’t commit to “just in case we were pregnant.” I was putting life on hold for every “what if.”

I could feel myself picking fights with my husband, accusing him of not spending enough time with me or not doing enough around the house. None of those things were true, but I was just plain mad and I was taking it out on the people I loved most. It’s been so long now—I’m not sure what prompted me to sit down and reflect that day. Maybe it was a fight with my husband, or maybe it was frustration at yet another pregnancy announcement, but I remember thinking to myself that infamous question—”What if it takes five years?” I knew how I felt and saw the person I had become, and I simply refused to be that person for five more years. 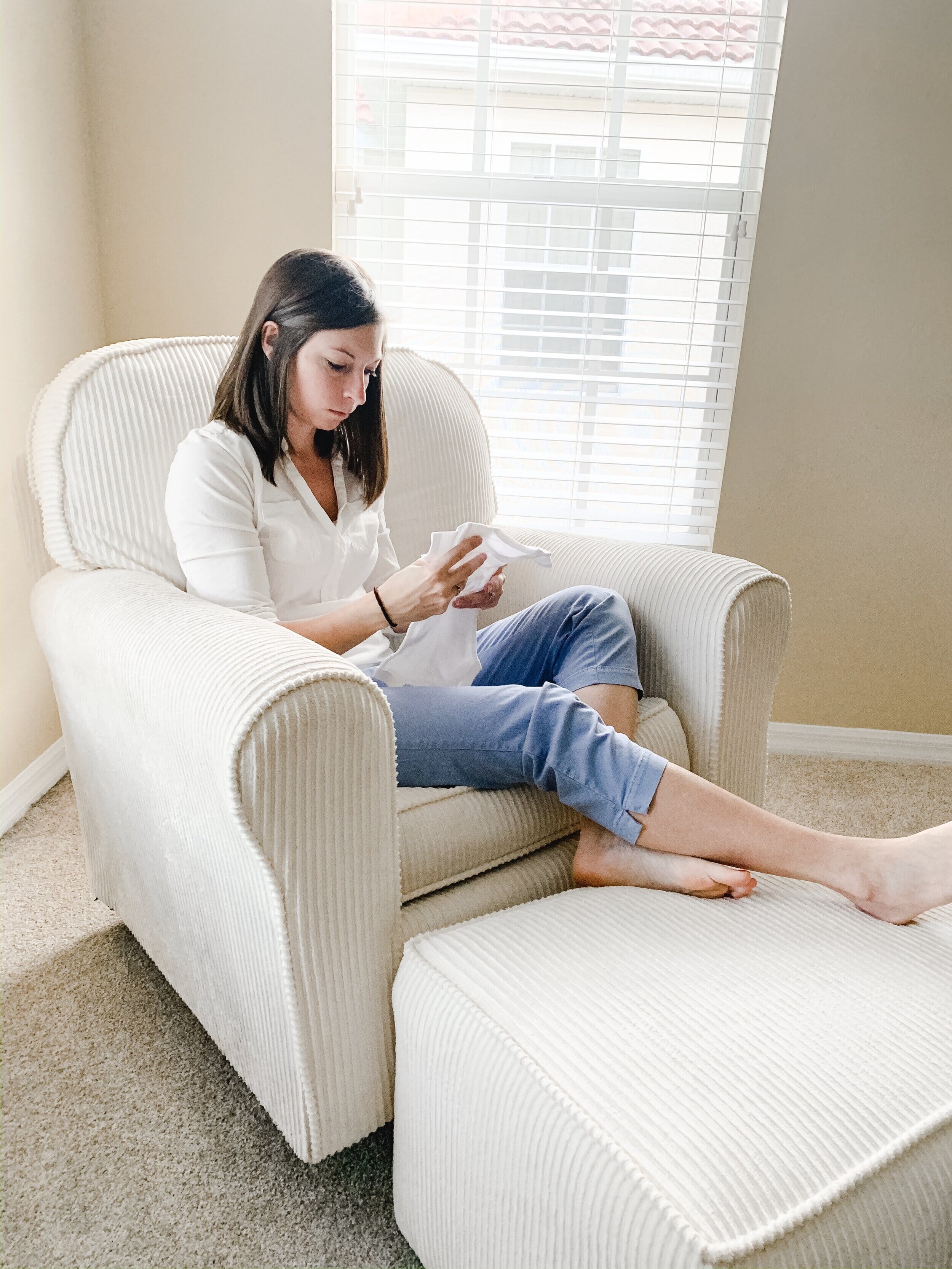 So much has changed in the past three years since I had that talk with myself. It definitely has not been easy. There’s no one solution to remaining positive, and it’s not like I was happy the next day just because I decided to be. But I started being intentional about the person I wanted to be. I looked hard at the top things that frustrated me and affected my happiness. In general, it was holding on to bitterness about others’ pregnancies (two of my sisters included) and feeling like my life was on hold in this limbo between the person I was and the momma I wanted to be.

So, I worked first on my conversations with others and myself. As much as it hurt, in the beginning, to ask about a friend’s pregnancy symptoms or shop for cute booties for a baby shower, I made myself do them. I truly wanted to be a good friend and a good aunt. I wanted to be a good wife that wasn’t frustrated all of the time. I put on my best smile until these things became more of a default than a forced response, and I continually reminded myself that someone else’s success had no effect on my own.

Just because my co-worker’s daughter had a baby didn’t mean I wouldn’t. I say it so simply now, but this growing process hasn’t come without hiccups—for example, that time I thought I could go see ‘Bridget Jones’s Baby’ with friends and then cried the whole way home from the theater until I could climb into my husband’s arms. Some pregnancy announcements still sting and I’ve definitely thought to myself, ‘Why does she deserve a baby and not me?’, but I’ve put in a lot of mental work and will continue to do so for my own happiness and the happiness of those around me. 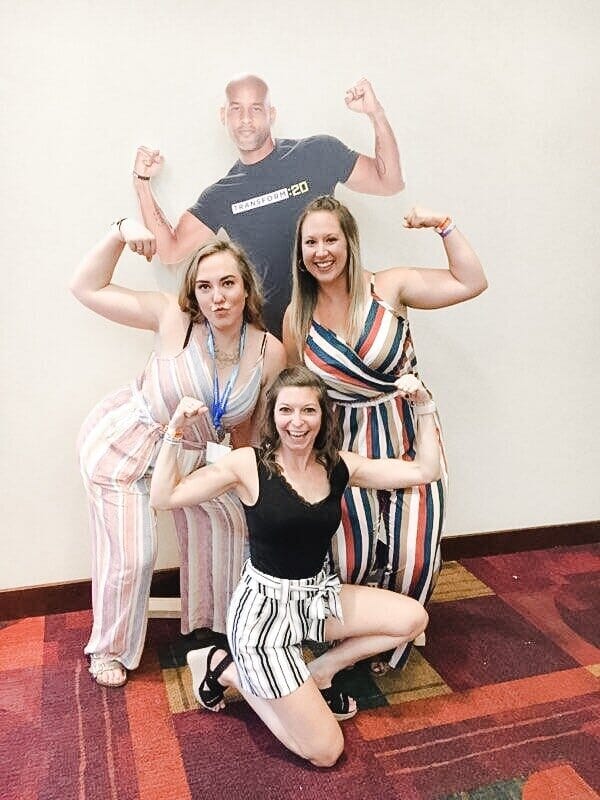 The next thing I did was stop putting my life on hold and do things for me. At a time when I was feeling down about my body for failing me and also feeling isolated in my struggles, I jumped into being a virtual fitness coach. I was drawn not only to having control over my body, but also the community, positivity, and support that came with it. I had been putting this off because, of course, Dr. Google has a million things to say about working out while trying to conceive, but with the approval of my doctor, I decided to jump in.

It doesn’t have to be fitness, but it’s important to make sure that the hobbies you pursue match up with your needs. I love to read, but I was already feeling isolated, so it didn’t serve me to sit at home alone each night with a book. Being a fitness coach is something that allowed me to connect with others and have a passion outside of the full-time job of attending appointments and taking supplements. It gave me a purpose and allowed me to live a life I loved while we were building the family of our dreams. 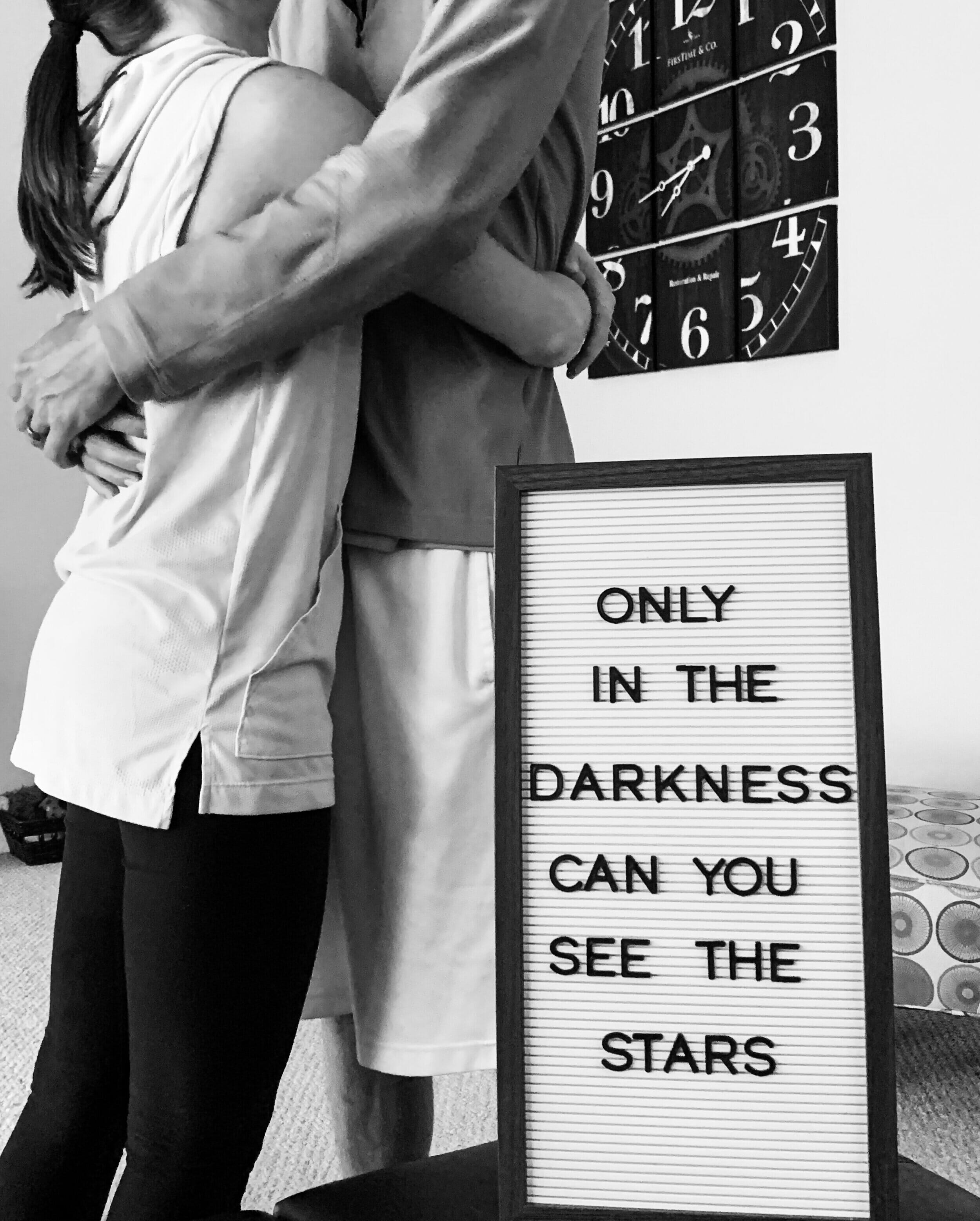 I think many may be afraid in such a crazy, busy journey of infertility to add another thing to the to-do list, but for me, it’s never something that has taken away time, but instead, it has given me life. I’ve connected with some of my best friends, earned trips from coaching, and traveled when at the start of our struggles I would have said no ‘just in case’ we were pregnant. This was one of the biggest decisions I made that has continued to fuel me in the last few years, but I’ve tried to stop putting life on hold in other ways too—trips with family, committing to bachelorette parties even though I had to bring my meds and not drink, or making that appointment for my dental x-rays instead of continuing to put it off. Again, none of this has come without exceptions or purposeful planning, but it’s so clear to me now how important the balance is. If I hadn’t shifted my mindset, there are so many things I would have missed out on in the last three years.

It is just that though—a balance. I have still sobbed when I needed to, and I’ve given myself time to grieve after our failed cycles. It is still absolutely necessary to acknowledge every feeling and accept that those feelings are valid. We all grieve and survive differently in this battle, but I’ve done what I can to thrive instead of survive, and I hope my story inspires you to do the same. 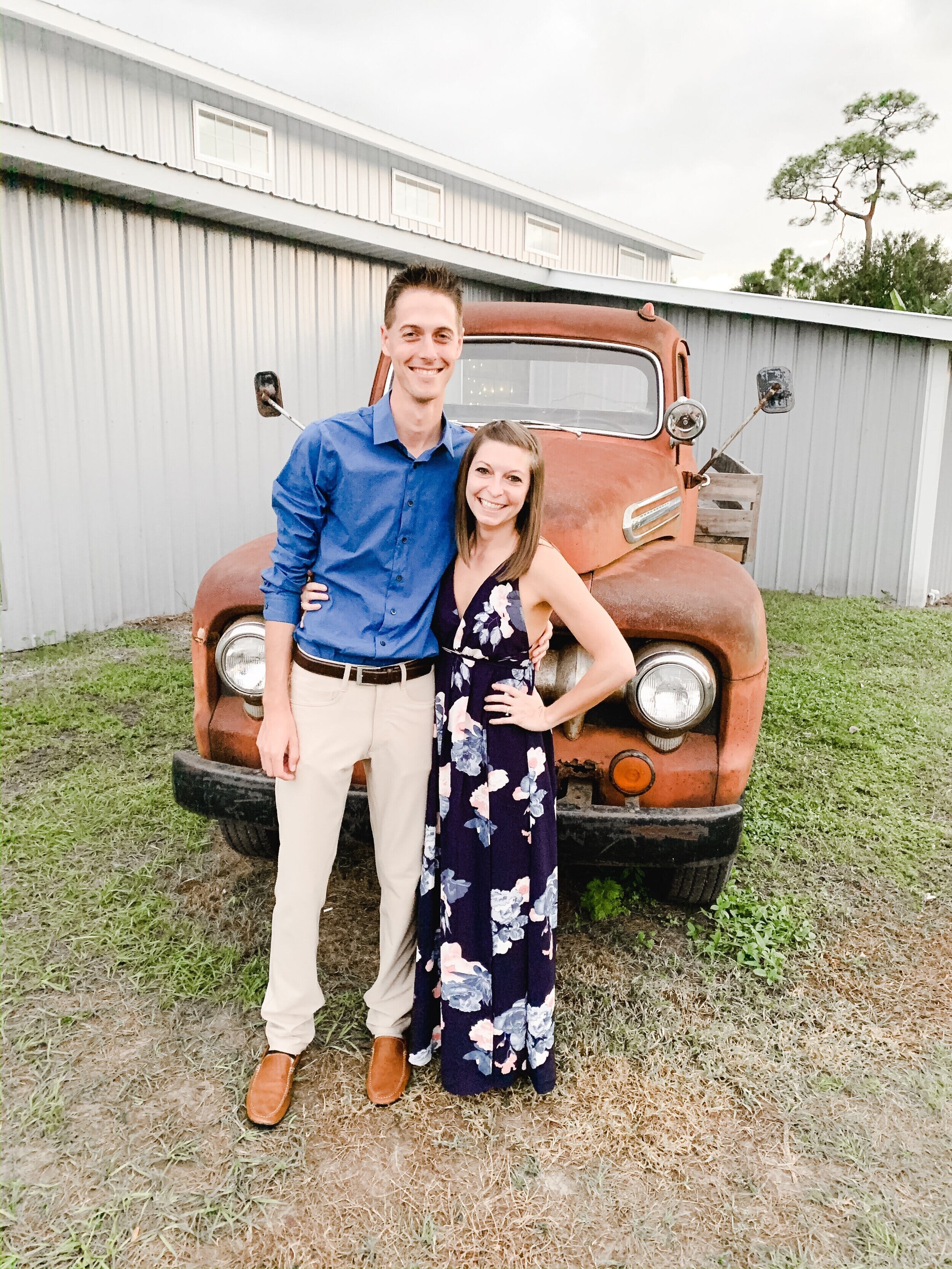 Liz Brown lives in Naples, FL with her husband, Alex, and sweet pup, Max. She is a middle school Reading Coach, virtual Health and Fitness Coach, and full-time infertility warrior. Her and Alex have been trying to conceive for four and a half years with unexplained infertility and are about to start their fourth round of IVF. Liz loves connecting with and inspiring other warriors and aiming to be her best self for their future family. You can follow her journey on Instagram @lizbrownfitness.