Clomid, Letrozole, Follicles: Everything You Need To Know Before An IUI Cycle

Although there’s no roadmap for the windy path that is the fertility journey, for those who are struggling to conceive, there are common next...

I Never Thought Recurrent Miscarriage (RPL) Would Happen To Us

The Truth About Infertility Under 30

How Endometriosis Can Impact Fertility, and What You Can Do About It

Although there’s no roadmap for the windy path that is the fertility journey, for those who are struggling to conceive, there are common next steps that medical professionals tend to follow. For instance, if home insemination (ICI) is unsuccessful, intrauterine insemination (IUI) is generally the next attempted method for conception.

What is IUI (Intrauterine Insemination)?

IUI is the procedure of placing washed, or separated, sperm into a woman’s uterus while she is ovulating. This is typically done in the 24-36 hour window post-luteinizing hormone (LH) surge. While midwives might perform intrauterine insemination in the client’s home for optimal comfort, the majority of the time IUIs are performed by a Reproductive Endocrinologist at a fertility clinic. It is a fairly quick and pain-free procedure that might result in some mild cramping and/or spotting.

Now that we know what it is, let’s talk about everything that leads up to an IUI procedure because there is always more to know and understand when it comes to fertility treatments. 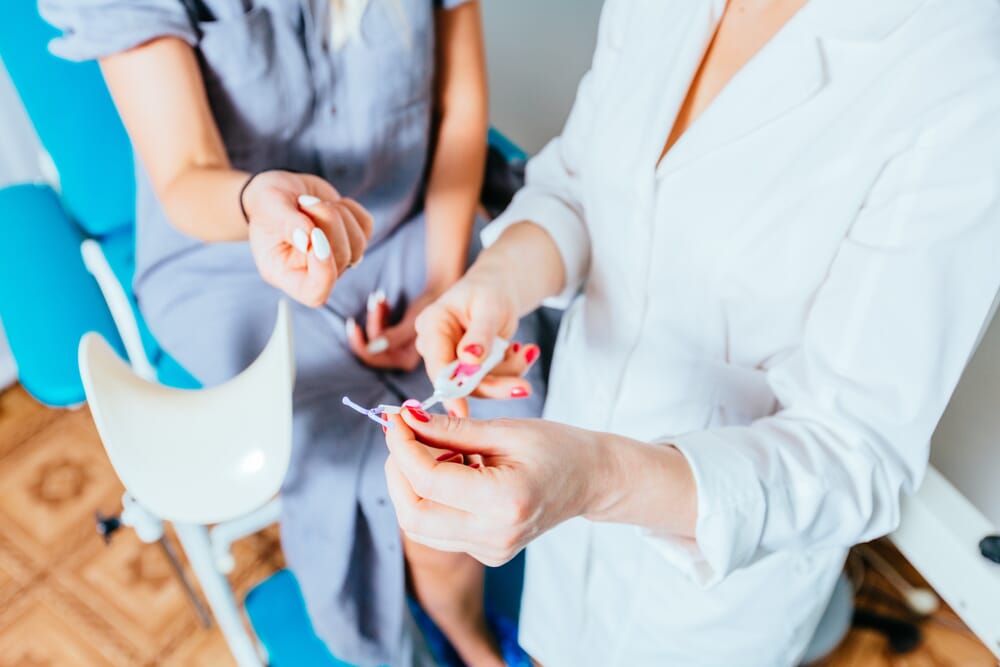 What happens before an IUI cycle?

While the IUI procedure itself is relatively simple, your healthcare professional may want you on a medicated cycle, which can help regulate your menstrual cycle. This is especially true in the case of women with polycystic ovarian syndrome (PCOS), who often do not ovulate without medications.

Ovulation induction medication is also frequently used to stimulate extra follicles to develop in the ovaries of women that already ovulate without medications. In these cases, the hope is that increasing the number of eggs released will increase the chances for getting pregnant.

Before starting you on any medications, your doctor will first rule out other potential issues, such as ovarian cysts, and ensure that your fallopian tubes are open with a Hysterosalpingogram, or HSG. Blocked fallopian tubes prevent a mature egg from reaching its destination: the uterus. Total or partial blocks can either prevent fertilization or result in an ectopic pregnancy.

After ruling out any potential issues, your doctor might prescribe medication to begin your IUI cycle. Some common oral medications include Clomid and Letrozole. Let’s do a quick breakdown of these two popular medications, so you know exactly what to expect:

Clomid, possibly the most frequently prescribed oral fertility drug, can work in tandem with an IUI treatment or even timed at-home intercourse. While treatment plans inevitably vary from patient to patient, Clomid cycles follow generally similar guidelines and require counting and tracking, starting on day 1 of your cycle, which is the day after your period begins. Your doctor might ask you to have a baseline ultrasound on days 2-3 to ensure everything internally looks good to go. You will begin the Clomid pills on cycle days 3 or 5, depending on the instructions from your doctor, and will take one pill a day for 5 days. 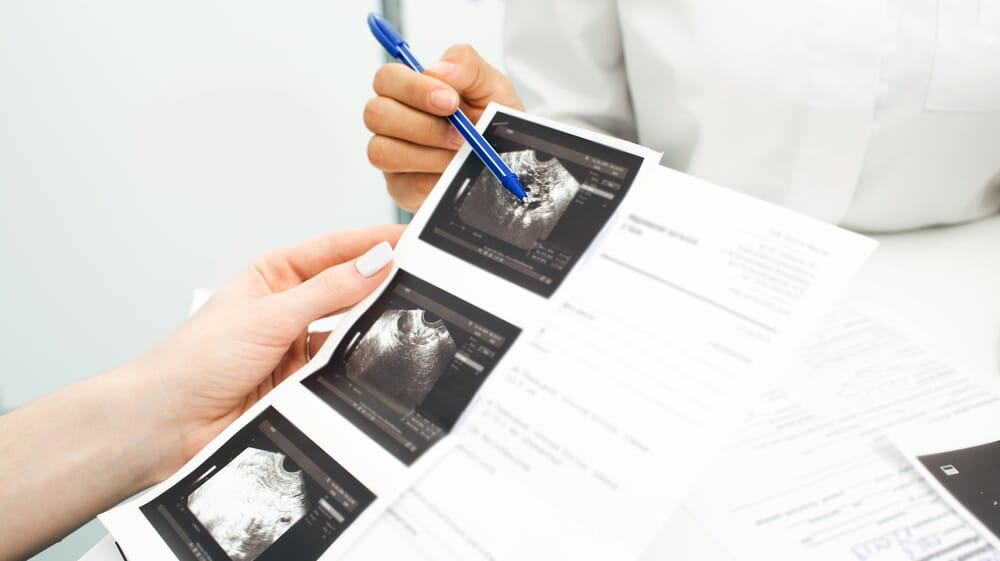 Clomid pills block estrogen from binding to its receptors, tricking the brain into believing estrogen levels are low. Your body will then release more gonadotropin-releasing hormone (GnRH), signaling for more follicle-stimulating hormone (FHS) and luteinizing hormone (LH). All of this is part of a domino effect that, in turn, triggers ovulation, which will generally occur 5 to 10 days after your last Clomid pill. This will be the window for the IUI, which you will schedule with your doctor.

While Clomid is very popular for IUI success, it does come with a list of side effects that include hot flashes, nausea, tenderness of the breasts, and something not so gently referred to as the "Clomid Crazies." Studies have shown that roughly 40 to 45% of women suffer from mood swings while taking the medication: think PMS, but worse. Still, these side effects are mild for a fertility drug. It’s just something to be aware of and to let your doctor know about if you notice any negative side effects while taking Clomid.

Letrozole, also known as Femara, is often the go-to medication if Clomid does not work or causes too many side effects in the patient. Letrozole can either induce ovulation in women who do not ovulate or can help women who already ovulate to produce multiple eggs. It also has way fewer side effects than Clomid.

Just like Clomid, Letrozole is an oral medication that blocks estrogen production. This causes an overproduction of FSH, which promotes healthy ovarian follicular development, resulting in more eggs traveling through the fallopian tubes to be fertilized by sperm. It can also help improve endometrial thickness, or the lining of the uterus, which is what allows an embryo to successfully implant. 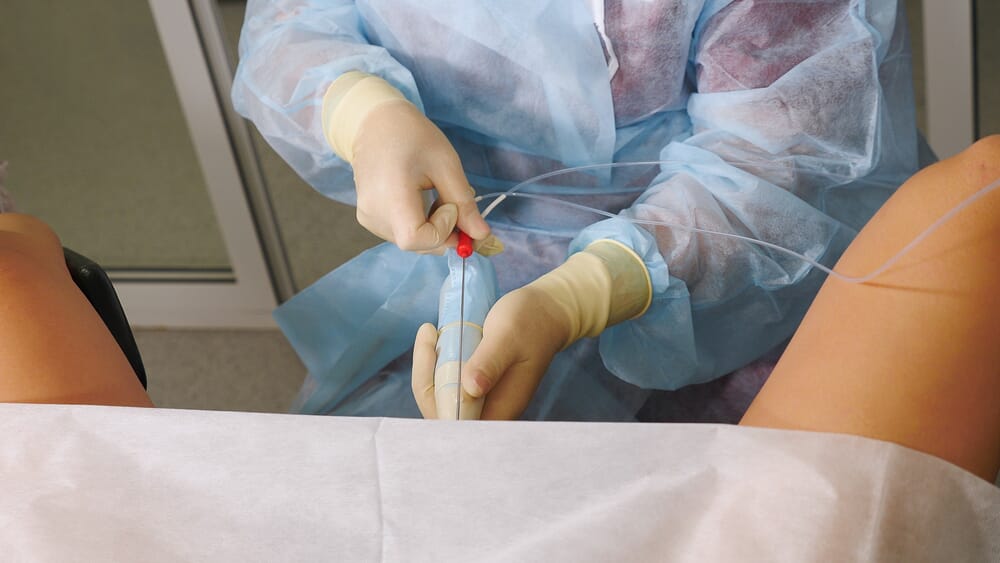 What else can I expect during an IUI cycle?

Whether you are prescribed Clomid or Letrozole for an IUI cycle, it’s important to note that your fertility specialist will need to monitor your hormone levels and the development of your follicles (the small sacs of fluid in your ovaries that contain those developing eggs!) with ultrasound scans and blood draws throughout your cycle. While time-consuming, this is to make sure your body is responding well to the medication and to determine proper timing for intrauterine insemination (IUI).

When starting an IUI cycle, there’s no delineated road map or straight line from one end of the journey to another. However, if you have been trying to conceive for over 1 year with no luck–or 6 months, if you’re over 35–seeking the help of a fertility doctor, is probably a good next step. IUI procedures have yielded success for many women and couples, and going into the process with as much understanding as possible can help you feel empowered and ease your worries. Always know that, despite the unpredictability, you are not alone!

Brighid Flynn is a freelance writer based in Philadelphia where she lives with her husband and puppy. She is just beginning her journey toward motherhood.

When you order meds from us, you get the industry’s best pricing (and a price match guarantee!) along with the support and educational tools you deserve.

To begin, please fill out this form to get started. We’ll be reaching out after we receive it!