What Is PMDD, and How Is It Different From PMS?

Between ovulation week, PMS week, and period week, it may seem like there's only one week per month where you don't have to wonder...

Intimacy During Infertility: Recommendations from a Sex Therapist

Between ovulation week, PMS week, and period week, it may seem like there's only one week per month where you don't have to wonder what's actually going on with your body. For women with extreme forms of PMS such as Premenstrual Dysphoric Disorder (PMDD), their monthly menstrual cycle can feel like a never-ending hamster wheel of pain, bloating, mood swings, and other uncomfortable symptoms.

How Do I Know If I Have PMDD?

Premenstrual Dysphoric Disorder (PMDD) is a hormone-based mood disorder with severe symptoms. While it is an extreme form of premenstrual syndrome (PMS), it's also quite different from the average woman’s monthly cramps and irritation. This article takes a closer look at what PMDD, how to know if you have it, and how it can be distinguished from PMS.
Let’s start with the condition many of us are familiar with: PMS. 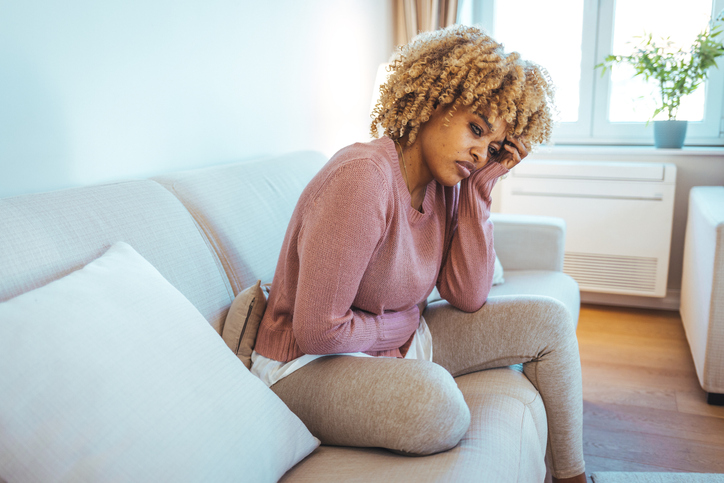 Usually, premenstrual syndrome, or PMS, kicks in around one to two weeks before your menstrual period. While 90% of women will experience the physical and psychological symptoms of PMS, it's different for each individual. These symptoms typically go away within a day or two after your period starts.

The cause of PMS is unknown, but the natural fluctuations in levels of estrogen and progesterone before menstruation are likely the culprits. Both of these hormones drop dramatically after ovulation (which takes place around two weeks before menstruation).

The decrease in estrogen can affect another hormone, serotonin. This is a chemical in the brain that is responsible for regulating sleep, mood, and appetite. Not surprisingly, PMS symptoms are often connected to these.

PMS symptoms include bloating, cramps, headaches, and mood swings. Some women have mild episodes, while others experience it more intensely. PMS can also trigger crying spells, anxiety, depression, and insomnia. It’s not uncommon for women to be more irritable, have angry outbursts, poor concentration, and loss of sexual desire during this time.

On a physical level, there are additional symptoms such as body aches, appetite changes (hello chocolate cravings), constipation, breast tenderness, weight gain, fatigue, acne, and swelling of the hands and feet.

Having a handful of these symptoms every month isn’t fun, but for most women, it isn’t disabling. PMDD, on the other hand, usually is.

Premenstrual dysphoric disorder, or PMDD, affects between 2% and 10% of women. It is a severe form of PMS and takes place at the same time of the month. While the physical symptoms are similar to those of PMS, the extreme emotional effects are what make PMDD stand apart.

The symptoms of PMDD are often crippling and can affect every aspect of a woman's life: insomnia, anxiety, mood swings, irritability, anger, and a deep sadness or hopelessness.

These severe emotional symptoms are very similar to major depressive disorder, except with PMDD they only occur within the two-week window before a woman’s period. Usually, during the rest of the month, there are little to no symptoms. Some cycles are also worse than others.

While PMS can be diagnosed with only one or two physical or mood-related symptoms, PMDD requires more than five, primarily emotional symptoms. PMS sometimes involves mood swings, whereas PMDD always does, and they are much more intense. 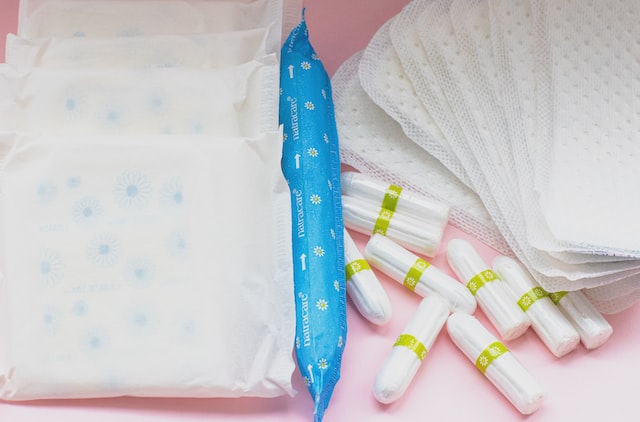 What Are the Clinical Symptoms of PMDD?

PMDD is classified as a depressive disorder. To be diagnosed with PMDD, you need to experience at least five of the 11 symptoms listed in the Diagnostic and Statistical Manual of Mental Disorders, 5th Edition (DSM-5):

PMDD can start any time after a woman’s first period, but many women say that their symptoms worsened as they got closer to menopause. As PMDD is largely dependent on hormone fluctuations, women who are pregnant or in menopause don’t usually have any symptoms.

It’s important to be aware that if you do have PMDD and get pregnant, you are at a higher risk of having postpartum depression after your baby’s birth. Take extra special care of yourself during this time, and anticipate that you’ll need additional support.

Much like with PMS, the cause of PMDD isn’t proven but is thought to be related to the hormonal changes that take place before a woman's menstrual period. There are also risk factors that seem to contribute to the disorder, such as seasonal changes, high levels of stress, a history of trauma, and if PMDD runs in your family. 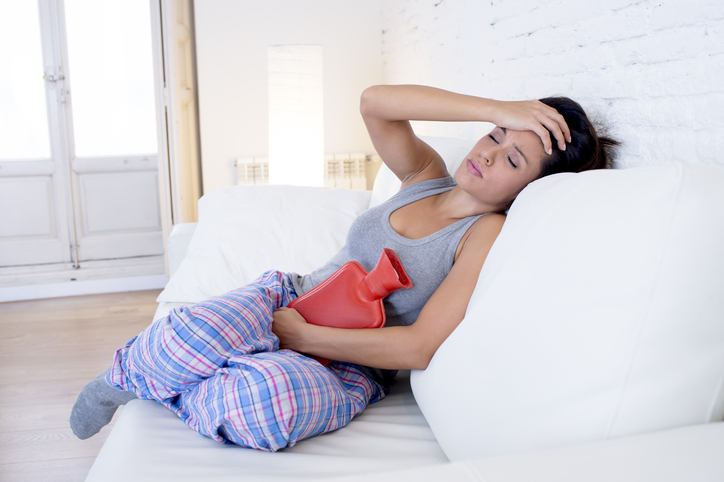 You may also have an underlying anxiety or mood disorder that is usually manageable, but when the hormonal changes kick in each month, your symptoms get substantially worse. It’s important to note that while some disorders are aggravated by these changes in hormone levels, they aren’t necessarily PMDD.

It's essential to speak with your healthcare provider about your symptoms to find out whether you are suffering from PMDD or another mental health disorder, because the treatments for each will be different.

What Is the Treatment for PMDD?

Every person with PMDD has varying degrees of symptoms, and the treatment will depend on each unique individual case.

For mild to moderate symptoms, your doctor may recommend dietary and lifestyle changes. This could include reducing alcohol and caffeine, eating more leafy greens and whole grains, exercising, meditating, doing yoga, and avoiding emotional triggers.

In severe cases, antidepressants may be necessary. Usually, these are selective serotonin reuptake inhibitors (SSRIs) and can help decrease fatigue, ease emotional symptoms, lower food cravings, and even improve sleep.

If you’re not trying to get pregnant, birth control pills can also help relieve the symptoms of PMDD. Some experts also recommend taking extra calcium or vitamin B6, as both have been shown to reduce symptoms associated with PMS and PMDD.

As with all treatments, it's absolutely essential to discuss the options with your doctor, especially if you are trying to get pregnant or are expecting.

Finally, certain types of counseling work very well with managing the emotional symptoms of PMDD. Cognitive behavioral therapy (CBT), for instance, can help you connect the dots between your thoughts, feelings, and behavior. Over time, this emotional awareness can make a huge difference. 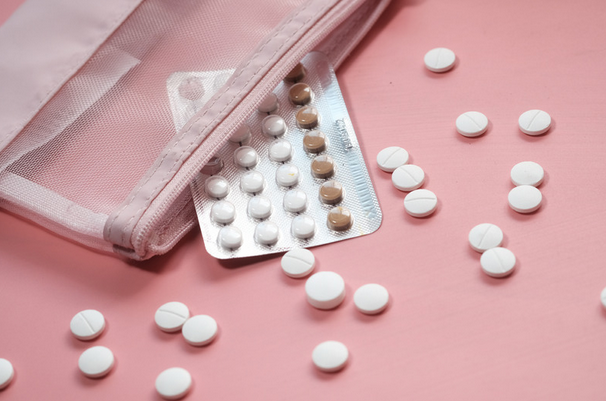 Be Your Own Advocate

Dealing with increased hunger and crankiness each month is one thing, but PMDD can be an entirely different beast. If you think you may be struggling with the disorder, please reach out for help. This isn’t something you need to tackle alone, and it’s certainly not your fault. Hormones make us all a bit crazy sometimes! You are not alone.

​​Michelle Meyer is a freelance medical writer. She is busy completing an MSc in Physiology and Pharmacology and has been in the health and wellness industry for nearly two decades. Her interests include women’s health, mood disorders, and oncology.

When you order meds from us, you get the industry’s best pricing (and a price match guarantee!) along with the support and educational tools you deserve.

To begin, please fill out this form to get started. We’ll be reaching out after we receive it!