What Are the Odds of Having an Unplanned Pregnancy After IVF?

After spending a good chunk of my adult life trying to get pregnant and failing, I was incredulous when I got pregnant from IVF...

Twisted Tubes And a Broken Ego: How We Adapted To Infertility And Made Our Own Path

How I Decided to Transfer Two Embryos During IVF

We Should Be Talking More About MRKH

After spending a good chunk of my adult life trying to get pregnant and failing, I was incredulous when I got pregnant from IVF with donor embryos. It had taken so long and required so much effort that pregnancy without assisted reproductive technology (ART) seemed impossible. Going through fertility treatments has a way of making pregnancy without intervention feel unthinkable.

Until my friend became pregnant when her IVF baby was one year old.

Surprisingly, this is not uncommon. What are the odds? How can it happen? What are the usual reactions to these unusual circumstances? And what can you do for safe family planning? Let’s explore. 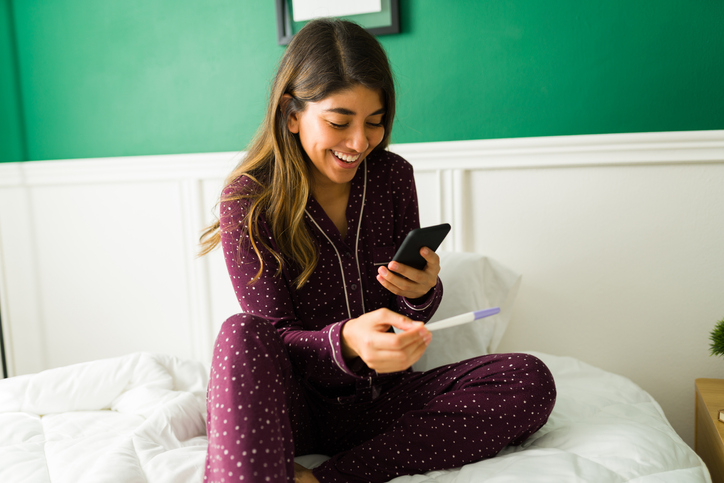 How common is natural pregnancy after IVF?

One study conducted in the United Kingdom reviewed 21 women who had successful in vitro fertilization (IVF) and later became pregnant without intervention. The post-IVF outcomes included 11 singletons, a set of twins, one miscarriage, one ectopic, and three ongoing pregnancies.

21 is an incredibly small sample size, but if you do the math, that’s 17 spontaneous pregnancies out of 21, or about 81% of women who became pregnant following IVF.

Another study in France followed about 2,100 couples who did fertility treatment in the early 2000s. About 62% of those couples had a live birth following IVF. Dr. Pénélope Troude, of the French national medical research institute, INSERM, found that 17% of successful couples had another child without intervention eight to ten years later. And perhaps more surprisingly, 24% of the couples who didn’t experience success with IVF also had spontaneous pregnancies.

Spontaneous conception after infertility: how does it happen?

Dr. Melanie Davies, a consultant obstetrician and gynecologist at University College London Hospitals, London, is not surprised when women have natural pregnancies after IVF. The primary reason is that many patients receive a fertility diagnosis of “unexplained.” I know I did — my numbers were fine, and I produced 28 eggs at retrieval, and 14 were fertilized, but none of my embryos made it to the blastocyst stage. When I asked why the answer was basically anyone’s guess — they just didn’t know.

An unexplained infertility diagnosis doesn’t necessarily mean you are unable to get pregnant, but it could just mean it will take longer. 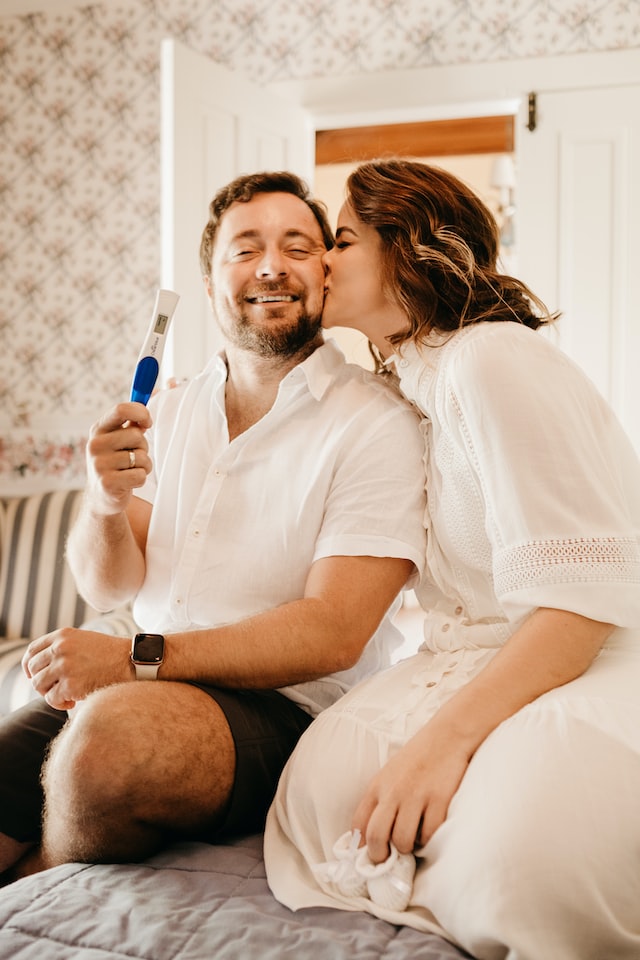 Interestingly, fertility can also improve after IVF. Dr. Davies attributes the success to “needling the ovary." Another group who may experience spontaneous pregnancy following IVF is women diagnosed with Polycystic Ovary Syndrome, or PCOS, who begin ovulating on their own.

Surprise pregnancy after IVF: it's complicated

Some of the women interviewed in these studies who experienced spontaneous pregnancy following IVF did not welcome the experience. They reported feeling shocked, especially when the time between pregnancies was short. This reaction is natural. After spending a lot of your time, health, livelihood, money, and more to get pregnant, it happens naturally. I can imagine feeling betrayed by my body.

Personally, I would have severe misgivings about the complications of becoming pregnant spontaneously: Medications and previously existing health conditions would all but guarantee I would have to terminate. And, for those who are done with planning their families, another baby might not fit into their plans.

Of course, it’s also completely natural to feel overjoyed, as many do, or ambivalent — happy and excited but also overwhelmed or hesitant.

What we go through during IVF takes a mental, physical, and emotional toll. Pregnancy becomes a complicated thing. It’s normal that reactions can run the gamut. 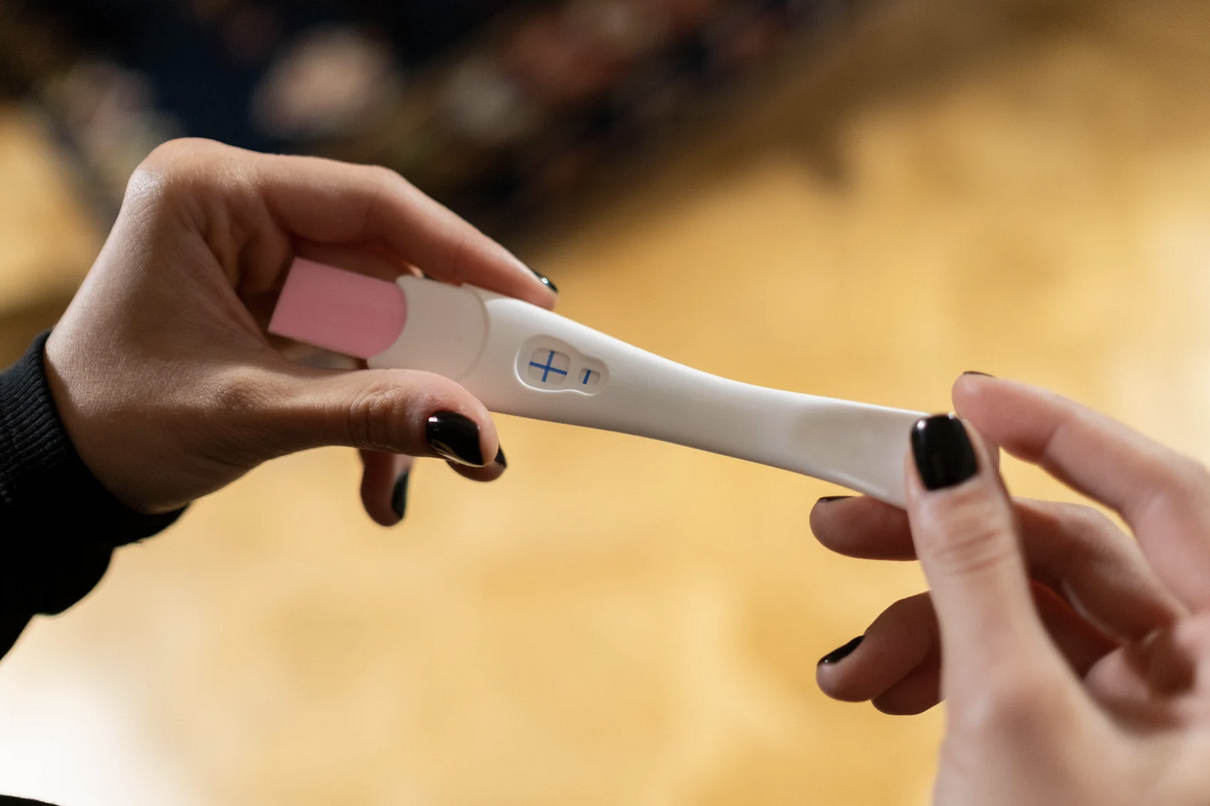 I spent so long trying to get pregnant that using birth control afterward felt like a joke. But, as we see, it can happen — and it’s not rare.

Most women who undergo IVF report using no contraception. Many don’t even have the conversation. Because of the complicated feelings IVF can cause, Dr. Davies suggests medical professionals and partners approach the topic sensitively. It can create feelings (like mine) of incredulity, disbelief, and even spite: Why should I put my body through more medical intervention or planning after everything I went through?

If you are not opposed to having another baby, that is one conversation. But if like me, another baby is not in the cards for your family, it’s important to consider contraception. Condoms, birth control pills, IUDs, and more are available. Although not nearly as safe, some couples use the “fertility awareness method,” or have intercourse when they know ovulation is not occurring.

As always, keep your medical advisors abreast of your plans, and if you want another baby, know there is a possibility. If you don’t, it’s best to prevent pregnancy with contraception. And remember: Whatever path you choose for your family is the right one for you and is no one else’s business.

Kristin Diversi is a writer and versatile creative. She is passionate about reproductive health and justice and lives in Longmont, Colorado, with her husband and their son.