To PGS Test Or Not To PGS Test: My Struggle With Testing Our Embryos

In November of 2019, my husband and I found ourselves in our fertility clinic’s IVF orientation course, a half-day event that was meant to educate all patients undergoing a future cycle about what to expect and how to administer the drugs.

Towards the end of the day, our clinic’s chief embryologist, Dr. Riley, came in to talk about embryos and what “good ones” look like. Towards the end of her discussion, she mentioned that we, as patients, may want to consider doing PGS testing, a test that involves a biopsy of Day 5/6 embryos to determine if they are chromosomally normal. Depending on the mother’s age, PGS normal embryos may increase success rates by 10%. She mentioned that costs aside, PGS testing was not for everyone. I was puzzled by her remark; why wouldn’t everyone want to know whether their embryos were PGS normal? Isn’t having more information always better? 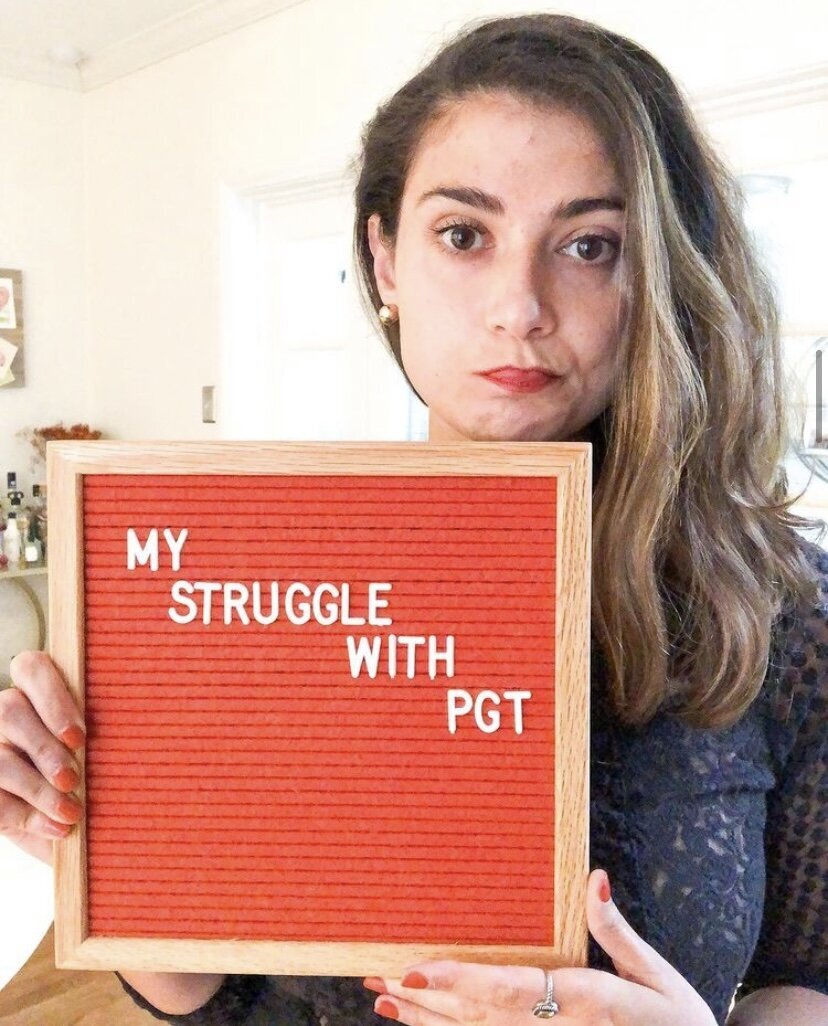 A month later, in December, my husband and I met with our clinic’s genetic counselor, Dr. Andrews, to discuss the implications of PGS testing. She started the discussion by jotting down notes about our family history and then asked us why we were interested in doing PGS testing. My husband and I had decided to pursue a surrogacy journey after we lost our preemie baby, Luca, earlier that year to severe on-set pre-eclampsia. Our doctors told us that premature babies would likely be in our future since pre-eclampsia tends to re-occur. Our response to Dr. Andrews’ question was that, since we were going to implant an embryo into our surrogate, we wanted to make sure we were implanting one without chromosomal abnormalities in order to save heartache and time. She seemed satisfied with this answer.

Fast forward to the outcome of our first IVF cycle: nine eggs became three blastocysts. Out of the three blastocysts, only one came back normal. I was shaken by the news. I knew that, on average, about 45-50% of Day 5 blastocysts come back abnormal when the woman is 34 years old, but because we were able to conceive so easily with Luca and he was chromosomally normal, I thought our chances would be better.

Looking back, this outcome was good, but at the time, as I scrolled through Instagram, I kept focusing on the women who reported stellar PGS rates. I felt like something was wrong with me—again. As Dr. Andrews broke the news to me, she suggested that perhaps I had just experienced some bad luck. My husband and I decided to do another cycle. In case our one PGS normal embryo failed, we wanted a backup.

So we planned for IVF cycle #2. I was supposed to start my stims in early March but then #Covid happened, so I didn’t end up starting injections until early July. I ended up stimming only for six days and there was a discussion about canceling the cycle because I didn’t have nearly as many follicles as I had the cycle before. But we decided to proceed with the retrieval anyway with the hopes of getting four eggs.

We ended up getting seven eggs, which ultimately resulted in three great-looking blastocysts. Given the pleasant surprise of even more eggs and blastocysts than expected, we decided to do PGS testing again. Surely, we thought, this time our results would be better. We sent two blastocysts out for testing, and both came back abnormal. The one we didn’t send out for testing was freshly transferred to our surrogate, who is currently nine weeks pregnant. 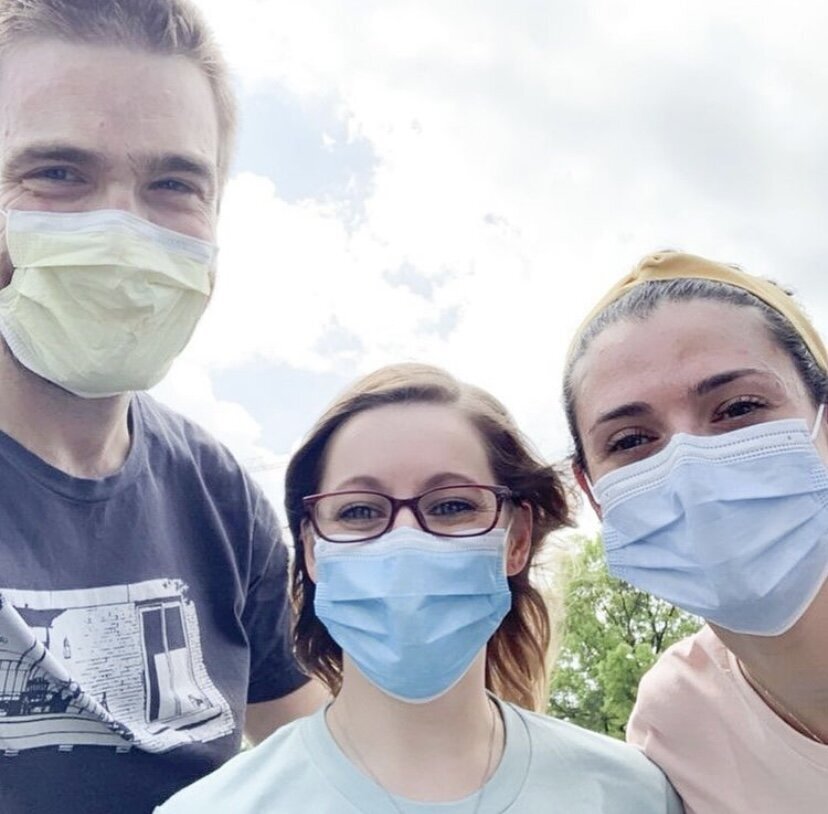 I feel very fortunate that our surrogate is this far along, but I’m worried about whether the embryo is chromosomally normal, given that the other two—which looked just as good as the one freshly transferred—were deemed abnormal. I also wonder what would have happened if that embryo had been tested. Would it also have come back PGS abnormal? How reliable is this PGS test? And should I be basing a decision as huge as “should I implant this embryo, which may ultimately become my baby?” on this imperfect test?

PGS testing is not perfect—everyone agrees on this. It is possible that the biopsy taken by the embryologists is not a good representation of all of the cells in the embryo. It is also possible that “abnormal” cells self-correct to become “normal” during the process of development. The science of embryo development is quite nascent and there is so much more to discover. So what should I do with the handful of abnormal blastocysts I have frozen? If I eventually implant them, is there a possibility that they will result in healthy babies? The answer I get when I ask Dr. Andrews this question is “it’s possible, but not likely.” Unfortunately, this is an answer that infertility warriors hear all the time, and it’s hard to know what to do with it.

As an accounting professor, my general stance on information is the more, the better. Let people have the information, and then let them make decisions based on it. PGS testing is the first instance where I am no longer sure that I want the information. As I clench my way through our surrogate’s first trimester, I can understand the merits of PGS testing information. If we had transferred a known “normal” embryo, I might be breathing a bit easier (just a bit though, because many people lose PGS normal embryos, too), and if we had transferred a known “abnormal” embryo, I would be breathing a lot harder. 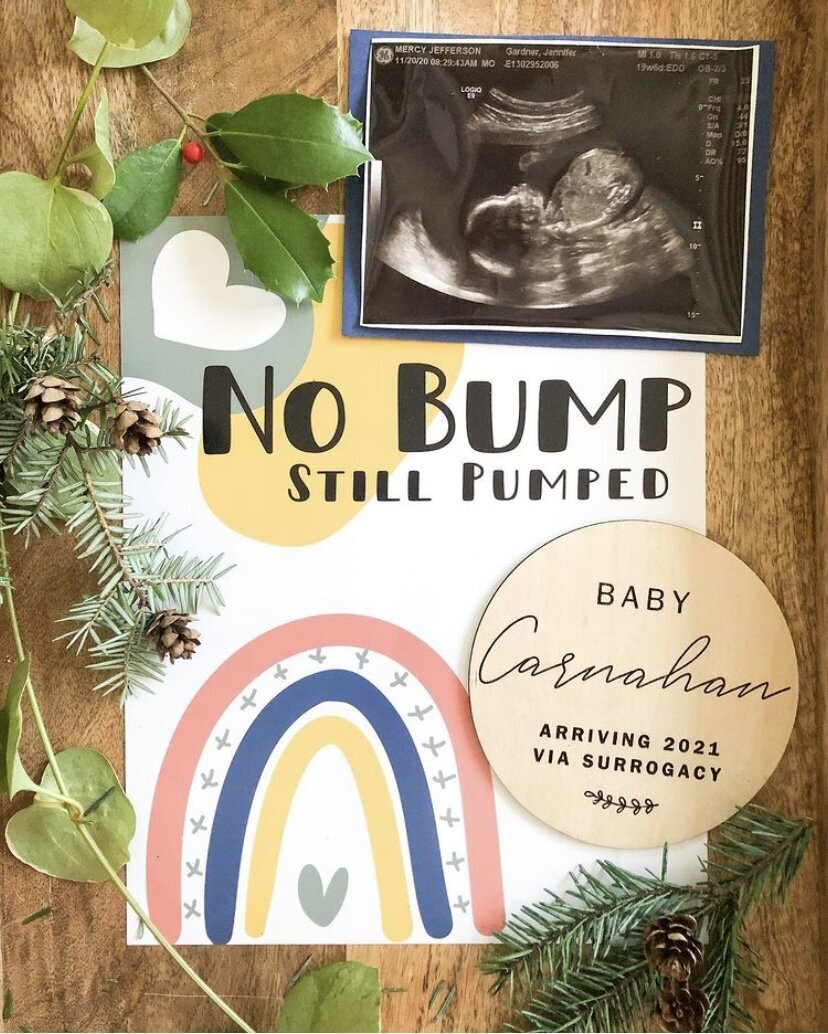 But what about our other “abnormal” frozen embryos? Now that I know the information from the PGS testing, we are much less likely to transfer those—ever. It will be hard to find a surrogate willing to accept such a risk, and even if we found a willing surrogate, it would be so hard for all of us to breathe easy during the pregnancy. But is that fair to those embryos? What if they would have been okay?

What I have learned about IVF and infertility is that so much of it is about having hope even when the chances are so small. At some point, however, you’re exhausted with the failure and disappointment that may come with hoping, so PGS testing is there to give you a bit more “chance” by revealing the normal embryo(s). However, this revelation comes at an important cost—the small chance that the test is wrong and that your “abnormal” embryo would actually go on to create a healthy baby.

Whether or not PGS testing is right for you is highly personal. It not only depends on whether you are okay with a chromosomally abnormal baby, but also your tolerance for disappointment, which may wax and wane during your journey. After a few rounds of IVF, I think I finally understand what Dr. Riley meant when she said that PGS testing “is not for everyone.” 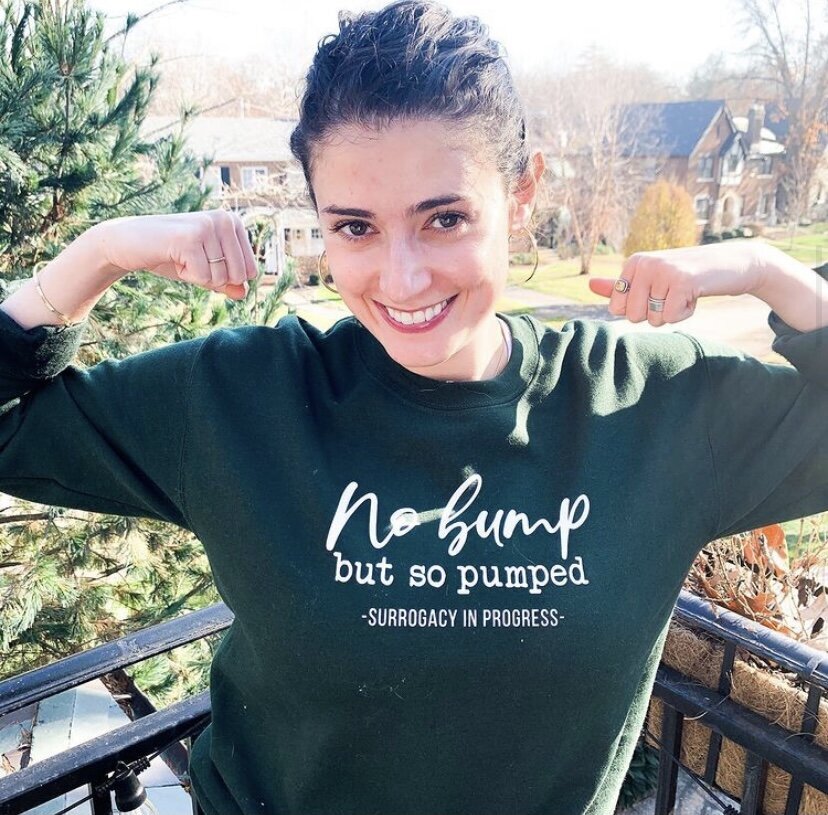 MaryJane Carnahan is an assistant professor of accounting at Washington University in Saint Louis. She and her husband are currently working with a gestational carrier to carry their first child. To provide more insight on all things surrogacy, she has started an Instagram account @thebiggestask to track her journey and to provide some descriptive statistics about all things related to surrogacy. She and her husband, Seth, are the proud parents of two kitties, Poutine and Mo. Read more about MaryJane’s story.