Our Path To Surrogacy After Losing Our Baby At 25 Weeks

In early January 2019, my husband, Seth, and I decided that it was time to start our own family. We met in graduate school in 2013 at the University of Maryland. Very shortly after meeting each other, Seth moved to Ann Arbor, and I moved to Montreal. It can be hard for two academics to find jobs in the same city. It took 5 years, 23 train rides, and 46 plane rides, but in 2018, we eventually both got jobs in Saint Louis. We were relieved and grateful for the opportunity to live in the same city, and the time seemed right to grow our family. 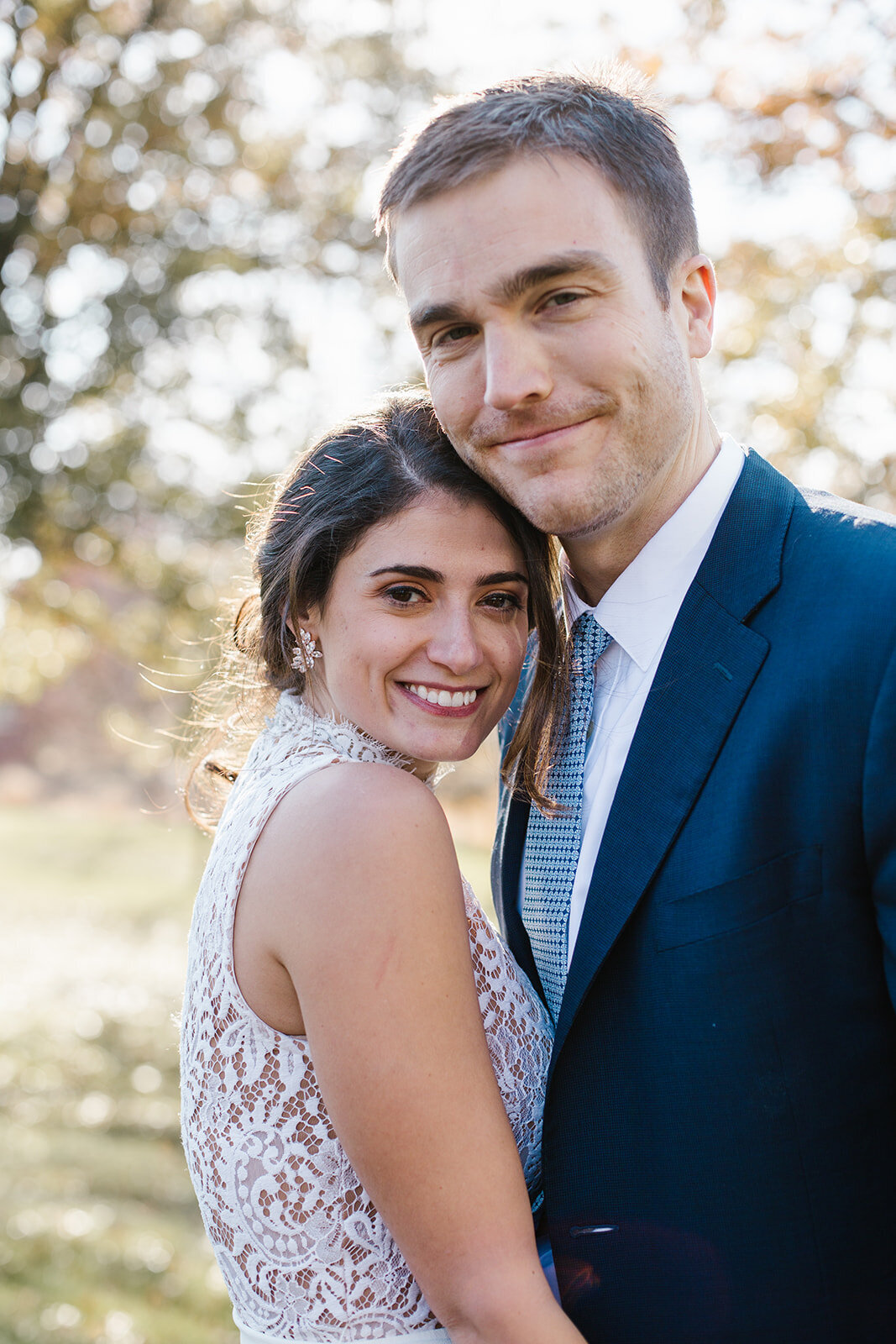 Fortunately for us, I got pregnant right away. I like to think that I knew immediately—something just felt a little different inside. In early February, we got our real proof—two lines on a pee stick. In mid-February, as I was walking home from a Valentine’s Day massage Seth had gotten for me, I started to feel nauseous. It was a new kind of nausea for me, not the kind that you get right before you puke from drinking too much but enough of a feeling to sour your mood and not want to do anything.

When I got home, I announced that the morning sickness had arrived, and I was excited to see what kind of cravings I would enjoy and what kinds of foods I would hate. It excited me to be part of a “club”—the pregnancy club. I spent the night googling morning sickness remedies, following Instagram influencers who were also pregnant and reading up on Emily Oster’s baby book, “Expecting Better.” 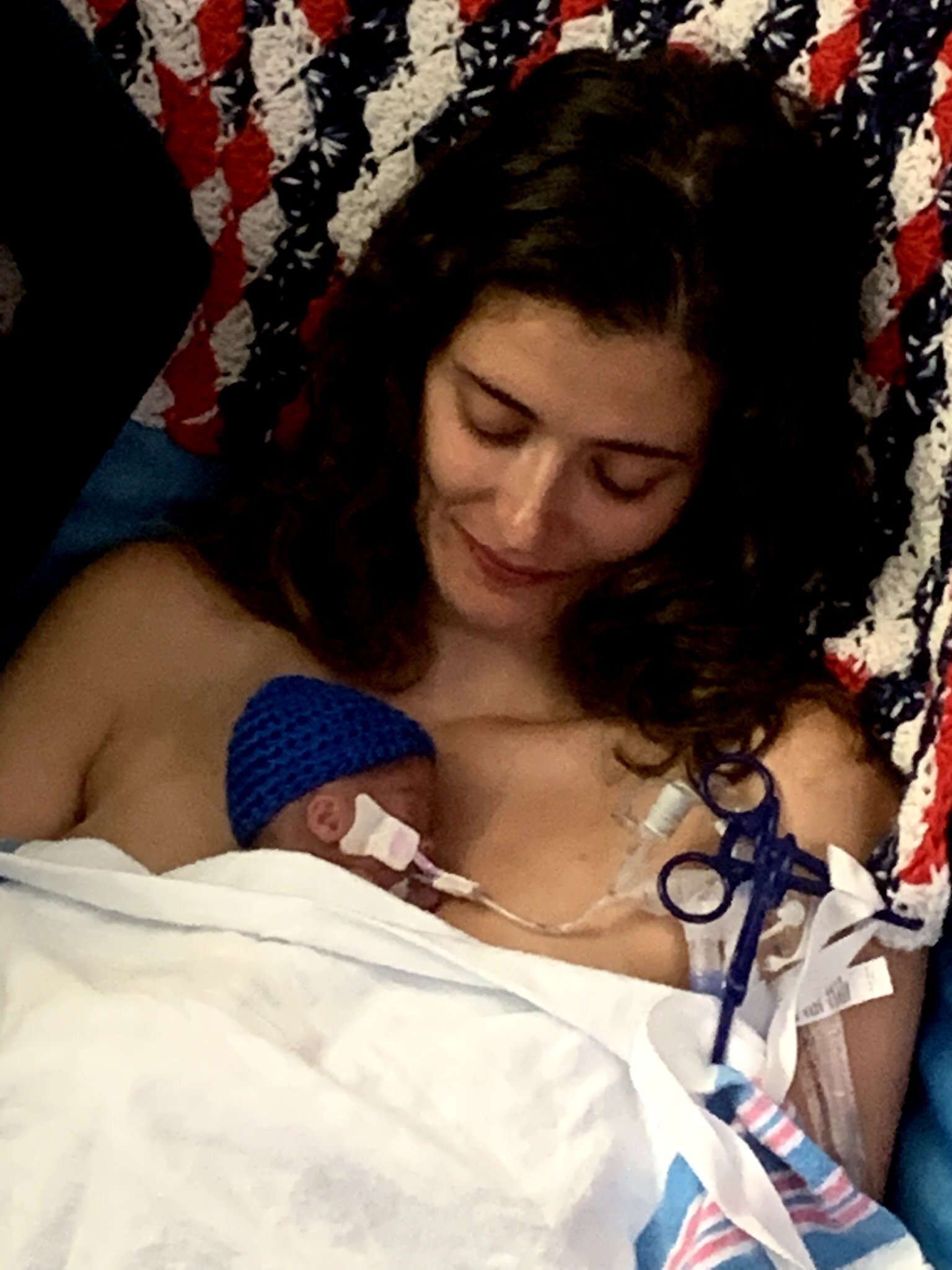 The nausea got worse. Soon, there wasn’t a minute of the day where I wasn’t thinking about how sick I felt. I googled “remedies for morning sickness” probably 200 times over the course of 3 months while laying on my couch or bed. I scoffed every time I read a suggestion involving ginger or something about how smells can trigger nausea. My only solution was to sleep. I would go to sleep around 8:30 pm, take my daily dose of Unisom, and then wake up at 8 am and feel a bit better. For me, the nausea worsened as the day progressed. I tried everything from B12 to Zofran to Reglan. Nothing could cure me of the constant feeling of sickness.

Things started to get even more serious during our 20-week anatomy scan. Our baby boy (we had done a Natera test earlier on, so we had known the sex for a while) was measuring small, particularly his femur which was smaller than all but 5 percent of other babies at his age. This was pretty weird because both Seth and I are tall (he’s 6’4, and I’m 5’7). Still, we weren’t particularly freaked out and neither was our OBGYN. She told us to come back 5 weeks later for another checkup.

We came back 5 weeks later and the news wasn’t good. Luca, who we had named in the meantime, was measuring smaller than 1% of other babies his age and was then officially diagnosed as intrauterine growth restricted. Again, the OBGYN wasn’t panicking and said that she routinely has 1 or 2 babies at any given time measuring really small.

Our doctor scheduled a Doppler ultrasound within hours of our checkup, and it was there that we found out that something was seriously wrong—the placenta wasn’t working well. The baby wasn’t getting enough of the blood and nutrients he needed to thrive. We had to be admitted to the hospital immediately so that they could closely monitor me and Luca. That was June 26th. Luca was delivered on July 2nd and passed away in the NICU ten days later. 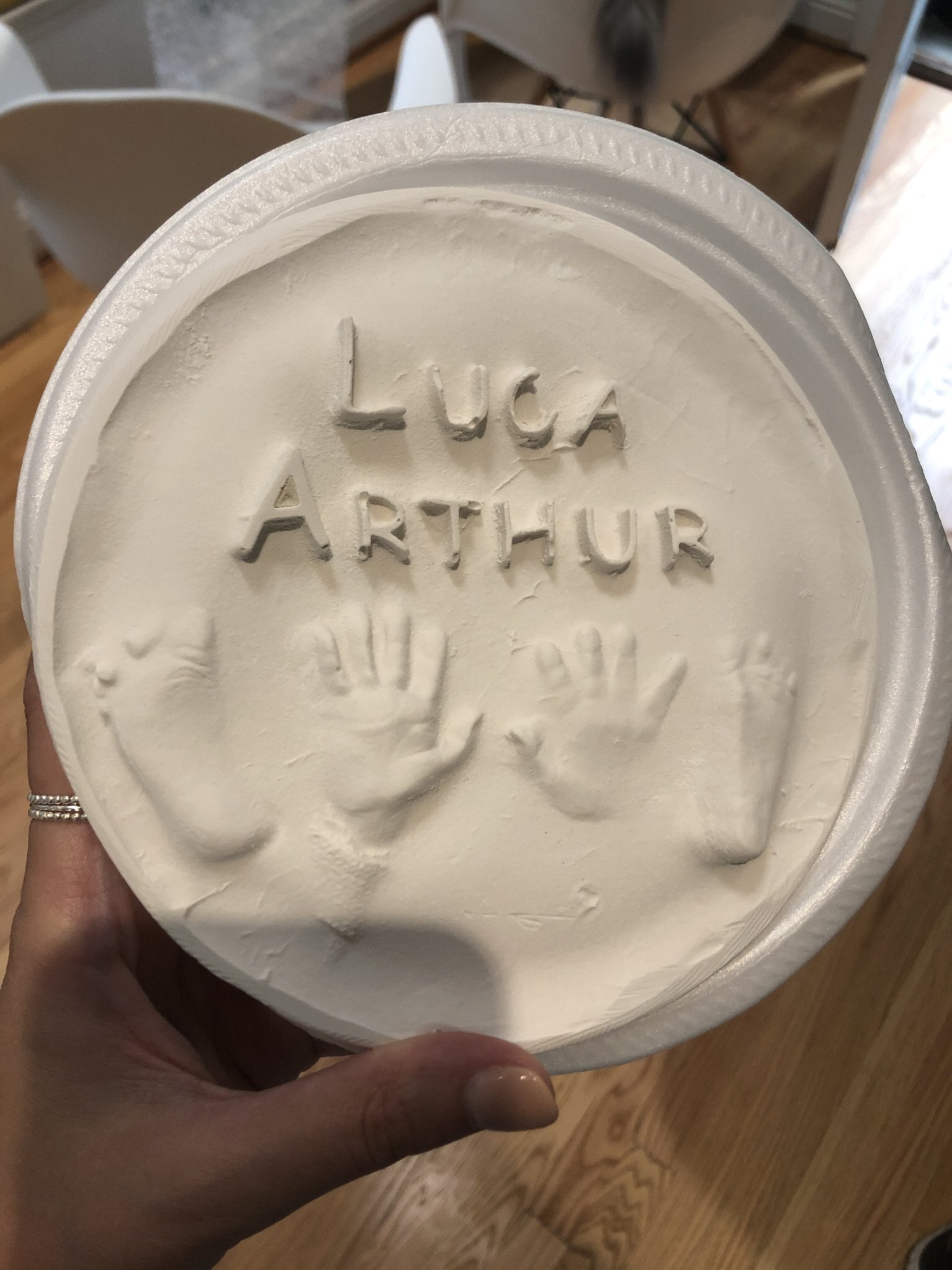 Why my placenta wasn’t working during the pregnancy remains a mystery. The only thing the doctors knew at the time is that I had pre-eclampsia. Pre-eclampsia is a pregnancy-specific condition: high blood pressure of pregnant women who had normal blood pressure before getting pregnant. It’s relatively common, affecting about 5% of pregnancies, but it usually arises much later in pregnancies and doesn’t usually affect the fetus.

In September 2019, we received more answers from an amazing high-risk doctor, Dr. Trudell. After a close and thorough inspection of my medical notes, she informed us that my placenta had signs of lesions. These lesions may result from a type of maternal regulated immune response to a growing placenta. She informed us that when (if) we try again, I would have to take a baby aspirin starting on the day we were confirmed pregnant. The pregnancy would be high risk and I would most likely deliver another preterm baby, but this time, with the help of baby aspirin, we would hope and pray for 32 weeks. And if we got to 32 weeks, “we would throw a big party and pray for 2 more.”

After a few hiccups along the way, we settled on using American Surrogacy and we have since been matched with a really amazing gestational carrier, Jennifer, right here in the Saint Louis area. We matched with her right when the pandemic started back in mid-February.

Before we were able to meet in person, Jennifer and I texted every day and pretty much chatted about the same things early couples do. She told me which podcasts she was listening to, sent me photos of her children, and asked me about my day. She is a nurse, so we sent her and her coworkers some personal protective equipment to use during the pandemic. She even got me into playing Soduko!

Since meeting in person in late-May, my husband and I have really gotten close to Jennifer and her family. Recently, they welcomed us to a July 4th barbeque (socially distanced, of course!), where she and her family had a chance to meet my mom and step-dad as well.

On her first day of the progesterone in oil protocol, which happened five days before our embryo transfer, Jennifer, along with her boyfriend Jake and their three children, Facetimed with Seth and me so we could witness her first shot! I was her “plus one” to the embryo transfer (COVID regulations limit embryo transfer attendance), and currently, we are 4dpt (4 days post-transfer)!. As I write this, Jennifer is sending me updates on her symptoms (lots of cramps!), and her first beta test is next week. My husband and I are both nervous and excited. She is technically doing all of the work, but it is so special to share this pregnancy journey (#knockonwood) with her already. 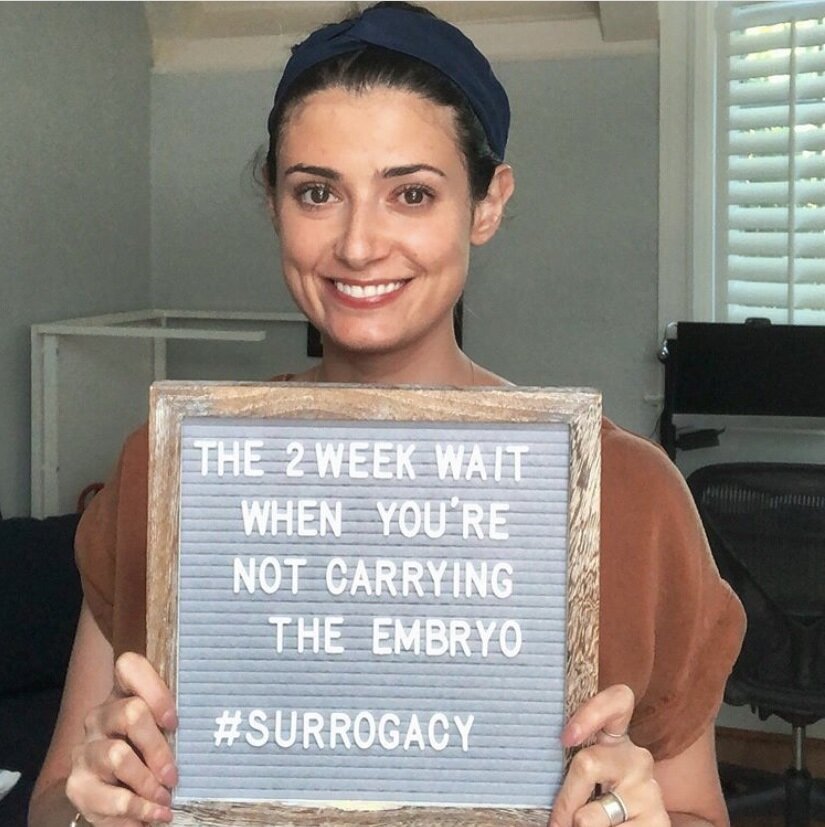 Because I felt so alone during our gestational carrier search, I started a blog and Instagram account @thebiggestask to share my ongoing journey, along with some interesting facts and experiences that anyone thinking about using a gestational carrier might consider.

As our journey continues, I would also love to learn more about the stories of women who decide to be a gestational carrier and the stories of the intended parents who need one. Who are these brave women who answer affirmatively to the biggest ask possible? And who are these people who make the ask?

Although our journey has been hard thus far, I am grateful and excited to be at this point. I look forward to strengthening the bond with the woman who will (hopefully!) carry our child and to live through an extremely unique experience. 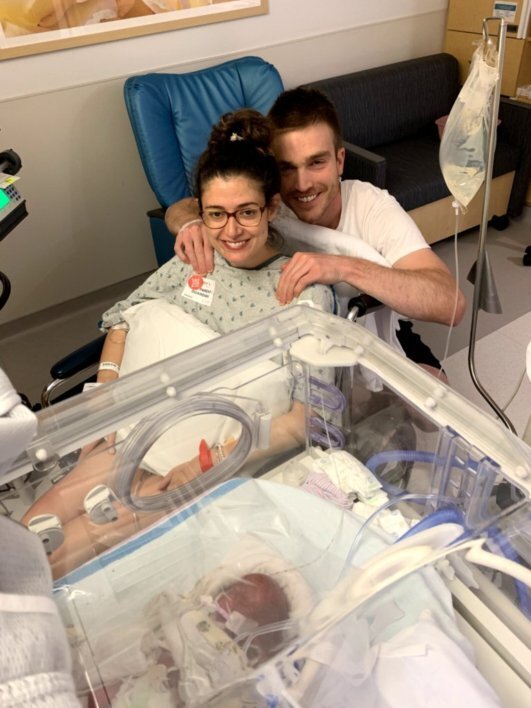 MaryJane Carnahan is an assistant professor of accounting at Washington University in Saint Louis. She and her husband are currently working with a gestational carrier to carry their first child. To provide more insight on all things surrogacy, she has started an Instagram account @thebiggestask to track her journey and to provide some descriptive statistics about all things related to surrogacy. She and her husband, Seth, are the proud parents of two kitties, Poutine and Mo.