Curious About Surrogacy As An Intended Parent? Here Are Some Tips.

When I was 12 weeks pregnant with my first child, I told my husband that if we ever wanted to have another, we would need to use a gestational carrier (GC). I was about 75% serious. I hated every single minute of being pregnant. I felt terrible and had no desire to do anything other than lay on the couch or the bed all day. Then after an emergency C-section at 25 weeks, 2 weeks at the NICU and ultimately having to say goodbye to our first child, I became 100% serious. There was no way I would risk my health or my baby’s health ever again. My husband was fully on board.

Even though I knew we needed a gestational carrier, the whole idea seemed strange to me. The only people I knew who used them were famous and rich like Kim Kardashian or Sarah Jessica Parker. I didn’t know anyone who was ever a surrogate or had used a surrogate before. 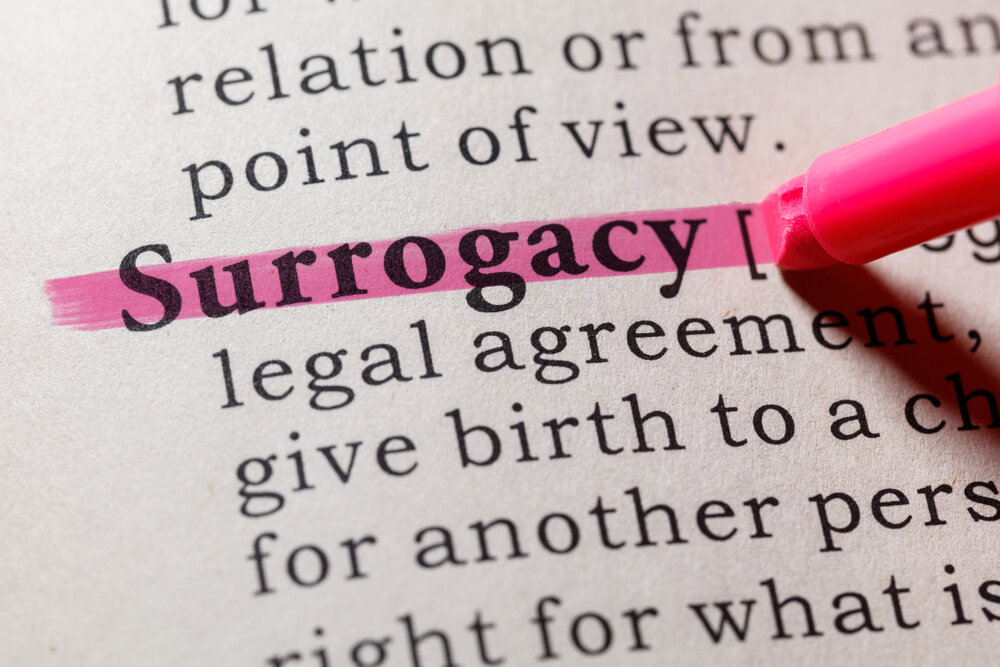 Once I started researching surrogacy, I was relieved to discover a handful of agencies that would help us connect with one. The problem was that they were very expensive. The first agency I spoke with charged $40,000 in agency fees, which does not cover surrogate compensation (which on average runs around $33,000 for first-time surrogates). Once we added in the clinic fees, maternity allowance, insurance premiums, monthly counseling sessions, etc, our surrogacy journey was budgeting around $150,000 with this particular agency.

That price tag was discouraging to us and we decided to try to find a GC on our own (an “independent” journey). After a bad experience with that, we found ourselves back to agencies and finally settled on an agency that charged $25,000 in fees, with an estimated total price tag of about $80,000 if everything worked out well (#fingersandtoescrossed).

Our agency connected us quickly to our now pregnant surrogate, Jennifer. We love her and we wouldn’t change a thing about our path to finding her. However, after connecting with dozens of surrogates and intended parents on social media and going through a lot of the journey myself, I have learned a few things that I think are really important to anyone considering a surrogate for their pregnancy.

Remember, you’re not weird for needing a surrogate.

There are many reasons to use a surrogate. Maybe you don’t have a uterus. Maybe you’re a cancer survivor with a uterus, but getting pregnant will be dangerous for you and your baby. Maybe you have severe endometriosis. Or if you’re like me, you have had a history of severe pregnancy complications. I’ve even heard of actresses and models needing a surrogate for the sake of their careers. If they get pregnant, their bodies will change, perhaps making them less desirable for jobs. People have used surrogates for all kinds of reasons, and there is no law regulating who can or can’t use them. It’s up to the surrogate to decide.

These two pieces of information should give you confidence that what you’re asking for isn’t so strange. There are many ways to expand your family, and surrogacy is a very reasonable option. Don’t be shy to tell people you’re thinking about it. 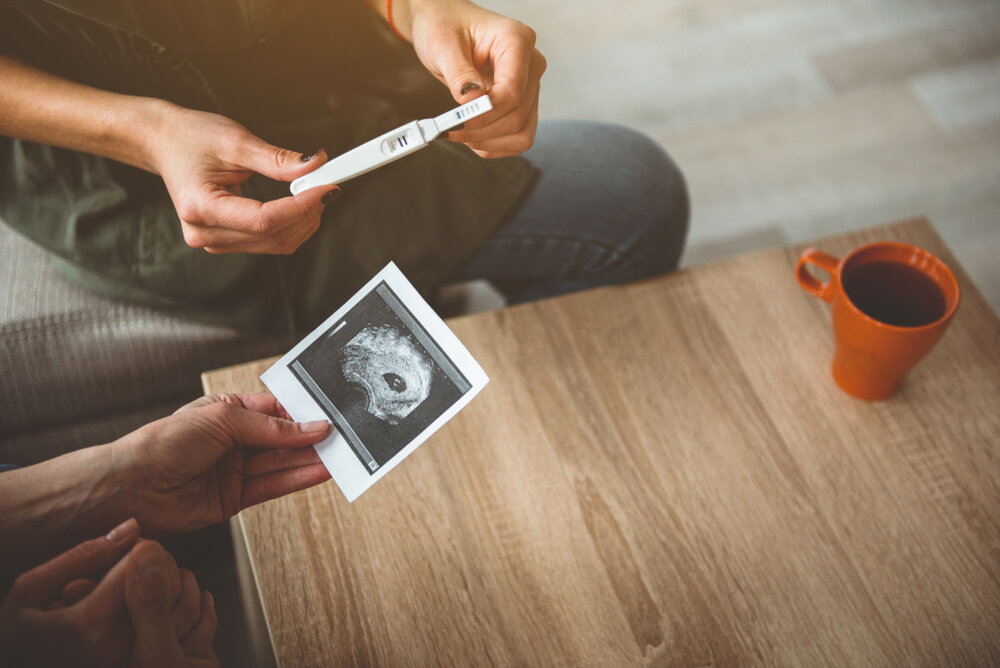 Educate yourself on how surrogacy works before deciding between an agency-managed surrogacy journey vs. an independent one.

Maybe you’re not ready to pull the trigger on surrogacy, but it’s still a good idea to understand how surrogacy works in the USA. Surrogacy seems quite complex when you don’t know anything about it or how it’s typically done in the US. However, compared to other countries, surrogacy in the USA is actually straightforward. As of 2021, three states ban surrogacy and just a handful of other states make it more difficult to pursue. A good thing to remember with surrogacy laws is that it is the state where the surrogate lives that matters. Intended parents could be living anywhere in the USA. If you’re confused about all the steps that need to happen in surrogacy, doing a few hours of research or taking my free surrogacy online class will get you up to speed.

Knowing how a typical surrogacy journey works will help you assess whether you need an agency or what role they should play. According to Fuchs and Berenson (2016), about 30% of surrogacy journeys do not involve an agency. Personally, I think the biggest value agencies provide to intended parents is their ability to find surrogates and their role as intermediaries if conflicts or touchy conversations arise between IPs and surrogates.

Another interesting thing to note is that according to the same 2016 study, there are no demographical, medical, legal, social, and psychological differences between surrogates found independently vs. through an agency. Many fertility clinics follow the ASRM guidelines for surrogates, which require them to be financially stable and to have had easy past pregnancies (see all of the guidelines here). These are guidelines that you or your agency should follow.

Keep in mind that higher agency fees do not mean better service or better surrogacy journeys.

Something else to keep in mind is that agencies that charge $50,000 are not necessarily better than ones that charge $10,000. After researching more than 100 agencies, I discovered that the average cost of surrogacy agencies across the US is about $22,260 with fees ranging from $10,000 to $50,000. After checking their reviews on Facebook (more on that later), I also discovered that agency fees do not correlate with service quality. As an intended parent, you cannot assume that agencies that charge more do more up-front screening of their surrogates or provide more emotional support during the journey. Surrogacy agencies are not regulated in the USA. They can, and sometimes do, say anything to get your business. 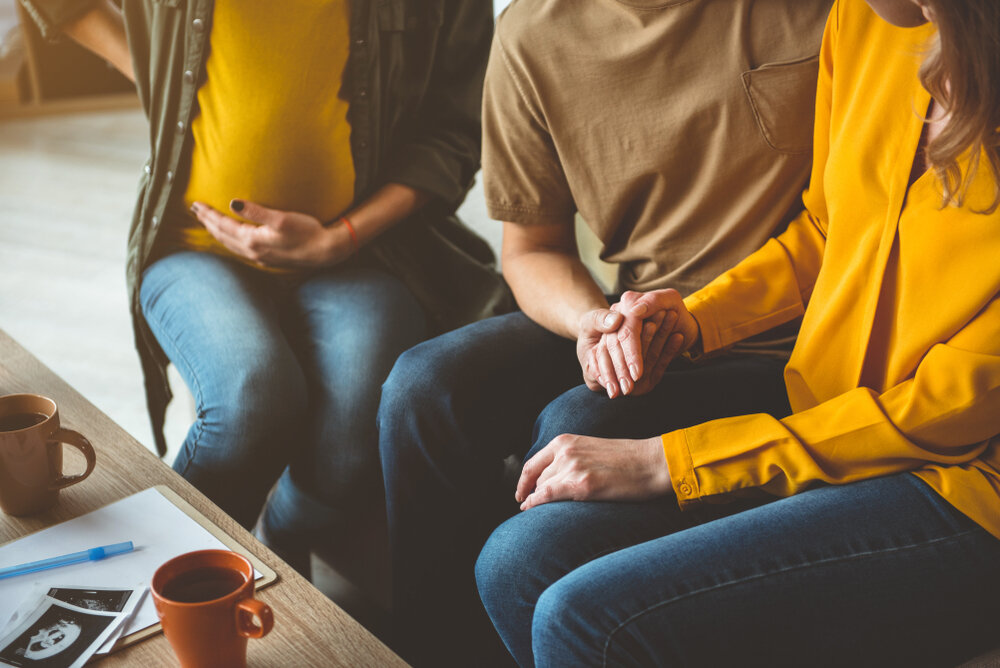 Despite being part of the first generation that used Facebook, I had no idea how valuable Facebook groups were, especially when it came to surrogacy. There’s a Facebook group that posts agency reviews from former intended parents and surrogates (Surrogacy Agency Reviews – U.S. ONLY) which is very useful if you’re currently evaluating agencies as an intended parent or surrogate. The admins are very careful in making sure reviews are authentic.

There are also dozens of matching Facebook groups if you’re interested in doing an independent journey. One of the largest ones (currently with 8,800 members) is *Surrogates & IP’s Match/chat. Over the past 18 months, I virtually met dozens of former surrogates and I was surprised how many found their IPs through this group. However, be aware that these groups do not pre-screen anyone. Chances are that you have to chat with a bunch of people before finding the right match.

View surrogacy as a privilege, not your last option.

Our journey to surrogacy was traumatic but short. Many people settle on surrogacy once they have incurred years of disappointment and fertility costs and view it as their last hope. Just because it is your last hope, does not mean that you should view it that way. Surrogacy is a gift in so many ways. Instead of focusing on all the things, you won’t have with a surrogacy pregnancy (feeling baby’s first kicks, carrying a baby bump), try focusing on the things that you can have (a relationship with someone new, the ability to stay healthy, and energized). Like many other things in life, you get out what you put in with surrogacy. Treat it like the biggest blessing and it will be.

Oh, and if you’re worried that the surrogate will get too attached to the baby or that the baby won’t love you when he/she arrives, please believe me when I say – don’t. This is a common concern and both experienced surrogates and intended parents always emphasize that with surrogacy the bonding happens after your baby arrives, not before. 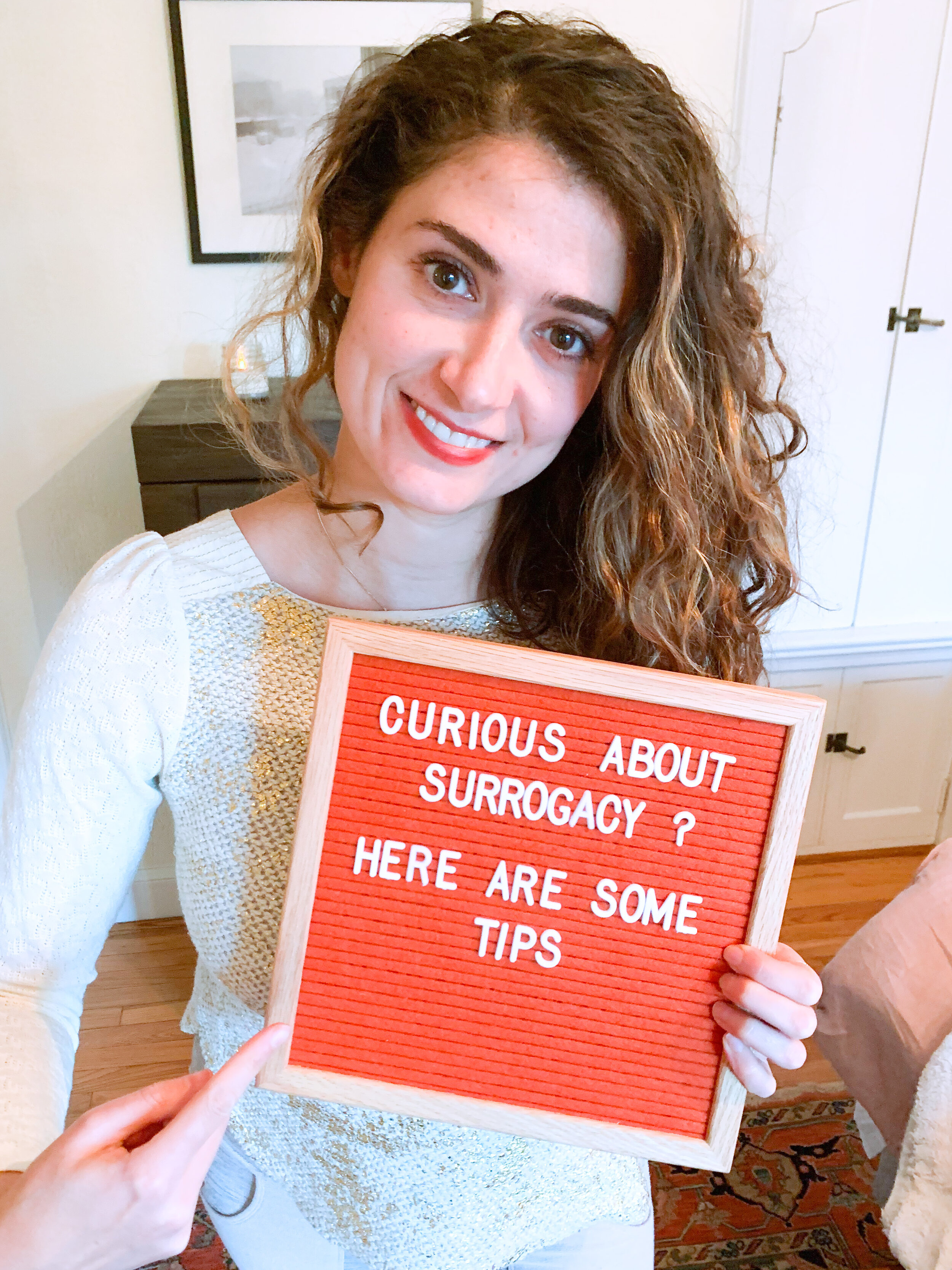 MaryJane Carnahan is a business professor at Washington University in Saint Louis. She and her husband just welcomed their second son via surrogacy in February 2021. MaryJane created a free Thinkific online course, Surrogacy in the USA, to help potential surrogates and intended parents learn everything they need to complete a successful surrogacy journey in the USA. She and her husband, Seth, are also the proud parents of two kitties, Poutine and Mo.