Coping With The Shame And Stigma Of Male Infertility

By Alex of Pursuing Fatherhood

Male factor infertility is not something I ever thought I would experience. I’m young, healthy, and no one else in my family has had infertility issues, so why would I? I felt broken, like less of a man and husband. I was embarrassed. What will people think? The shame and secrecy around the topic of male infertility leave every newly diagnosed man feeling emasculated and alone, a sad reality considering that nearly 50% of all infertility diagnoses are at least partially due to male factors. 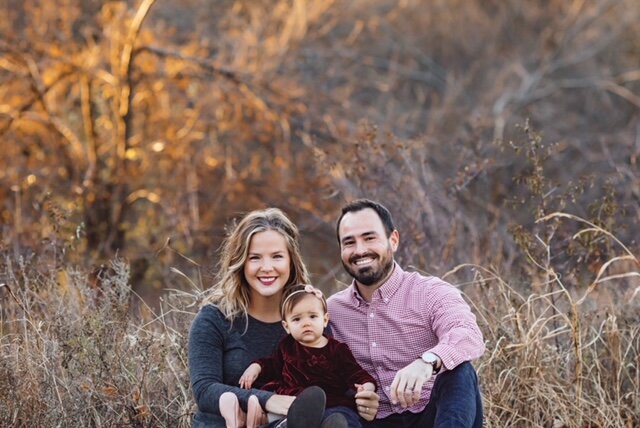 Having children has always been a given for me, something I never questioned. My wife and I, who have been together since we were 16 years old, always knew that we wanted children. After we got married, we decided to travel and enjoy married life for a few years before trying to grow our family. We were both still young and healthy, with no indication that there would be any problems trying to conceive.

My wife is a teacher, and we were naive enough to believe we could time pregnancy perfectly to align with her summer break. After a few months we realized that wouldn’t be the case, but thought “oh well, we can announce our pregnancy over the holidays!” Wrong again. Each month that passed caused us more and more stress. My wife was becoming increasingly triggered by things like pregnancy announcements, baby showers, and birthday parties. 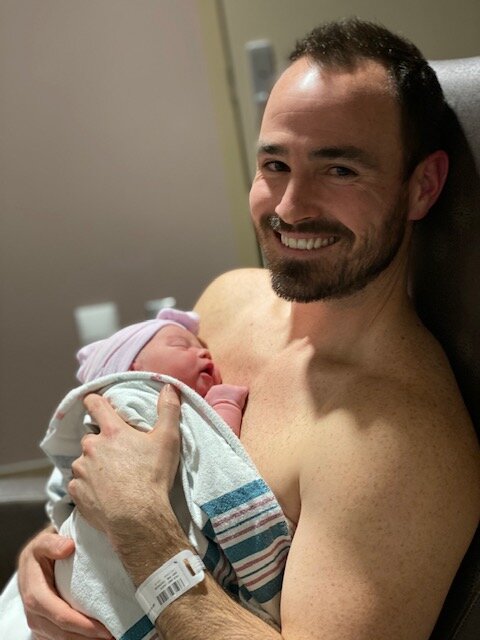 When a year went by without success, I thought my wife was overreacting when she said she wanted us both to get tested. I thought we just needed to be more patient, but she felt like something was wrong. After everything seemed normal for her, the doctor suggested that I get tested. To be honest, I thought it was a little ridiculous. I had spent months consoling and reassuring my wife, telling her “it will happen eventually; it hasn’t been that long.” I honestly believed that, and only agreed to get tested to hopefully give her some peace of mind. Instead, a few weeks later, we got the call that I had zero sperm. That was one of the most heartbreaking moments of my life.

When we got the call with my test results, I was in shock. There had to be some kind of mistake in the lab. I didn’t know of anyone else with this issue! My wife and I were devastated. I remember asking the doctor if we had any chance to become parents and getting a disappointing and vague answer. Over the next few months, we started diving into treatment and looking at alternate plans. I visited a Urologist, had lots of blood drawn, and made a few lifestyle changes. 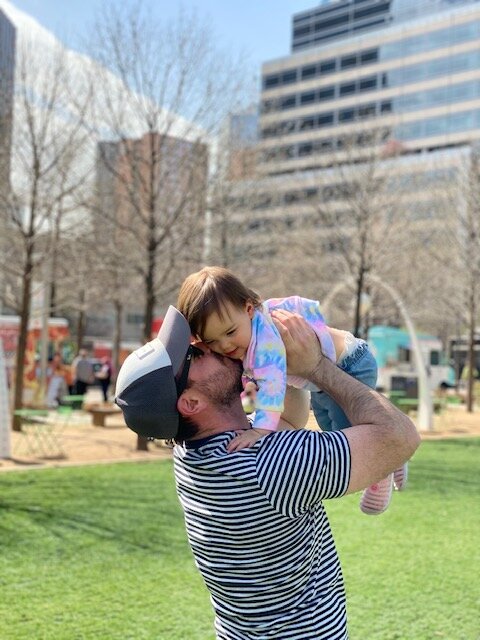 I had surgery to improve our odds and had to wait six months for the results. After trying to conceive for a year already, another six months felt like an eternity. Two days before Thanksgiving, we finally got our results. No change, still no sperm. We spent the entire next year grieving the loss of the child we could not have, one with a genetic connection to both of us.

Over the course of that year, we discussed many options but kept coming back to the same one: donor sperm. My wife and I both felt strongly that we wanted to experience pregnancy and childbirth. Using donor sperm would allow for that while also maintaining a genetic link to my wife. We did lots of research and even discovered that some of our friends had used donor sperm as well. As it turned out, we did know people who had experienced the same thing! They helped guide us through the process and seeing how “normal” their families were helped to reassure us that this was a completely legitimate way to grow our family.

We finally started to find happiness and hope again. After feeling so alone, it was encouraging to see how common our situation really was, and how fulfilling this path to parenthood could be. Eventually, we both felt at peace with the decision, and we moved forward using donor sperm. 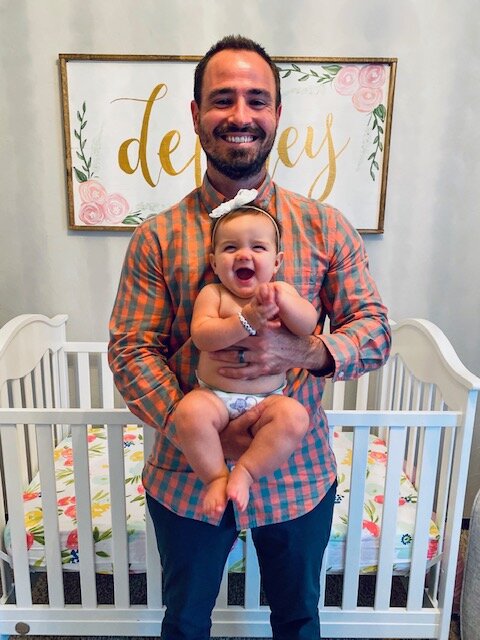 After four years of heartache, our greatest wish finally came true. On my 32nd birthday, our daughter was born. Infertility robbed us of so much, but she has healed our hearts. She is the child we never knew we needed in our lives, and now can’t imagine life without. Our bond is stronger than I ever imagined. We may not share DNA, but the effort and love I’ve poured into her are undeniable. I’ve been trying to make the best decisions for her for years, since before I even knew who she was.

I still struggle with occasional feelings of shame and emasculation. It’s a work in progress. Talking about my experience and sharing it with others has helped me tremendously, and I hope it helps others to see that they’re not alone. I’ve accepted that it’s a medical condition I have no control over. Grief takes time to process, and everyone goes through it differently. I’ve worked hard to sort through my emotions and embrace our story. My infertility and the road that we chose led us to our little girl. As painful as it was, I would go through it all again a hundred times to get to her. 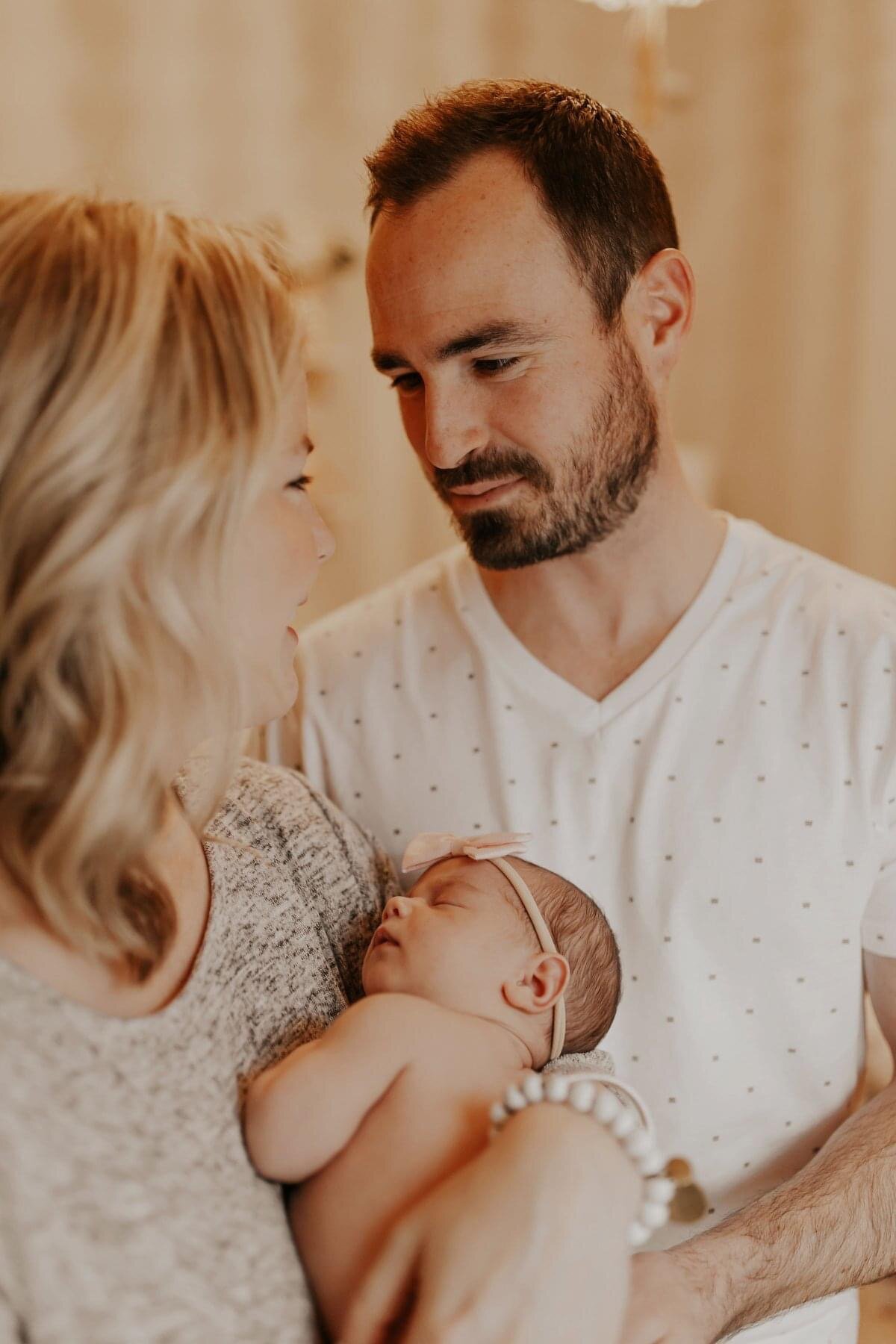 Alex shares his journey with male factor infertility on Instagram at @pursuingfatherhood. He lives in Oklahoma City, OK with his wife Laurin and their daughter, Delaney.