How I Learned to Ride the Emotional Rollercoaster of Infertility

“I don’t know how I am going to survive this every single month.” This is what I thought to myself when I got my first period at 12 years old. Every single month after that I would have to take days off school, and as an adult, take a day or two off work to sit in the bathroom, throw up, and struggle to survive my period. Two years ago, I finally had enough. I began my mission to fix my painful and heavy periods. What I didn’t know then was that this was also the beginning of my infertility journey.

It all began with a simple blood draw. When the results came in, I found out about my first fertility problem. I had low progesterone. I was working with a naturopath at the time to help me fix my period problems, and I remember her saying my progesterone was so low that we shouldn't start trying to conceive, as I was destined for miscarriages. This comment woke me up, as I had always wanted to be a mom. 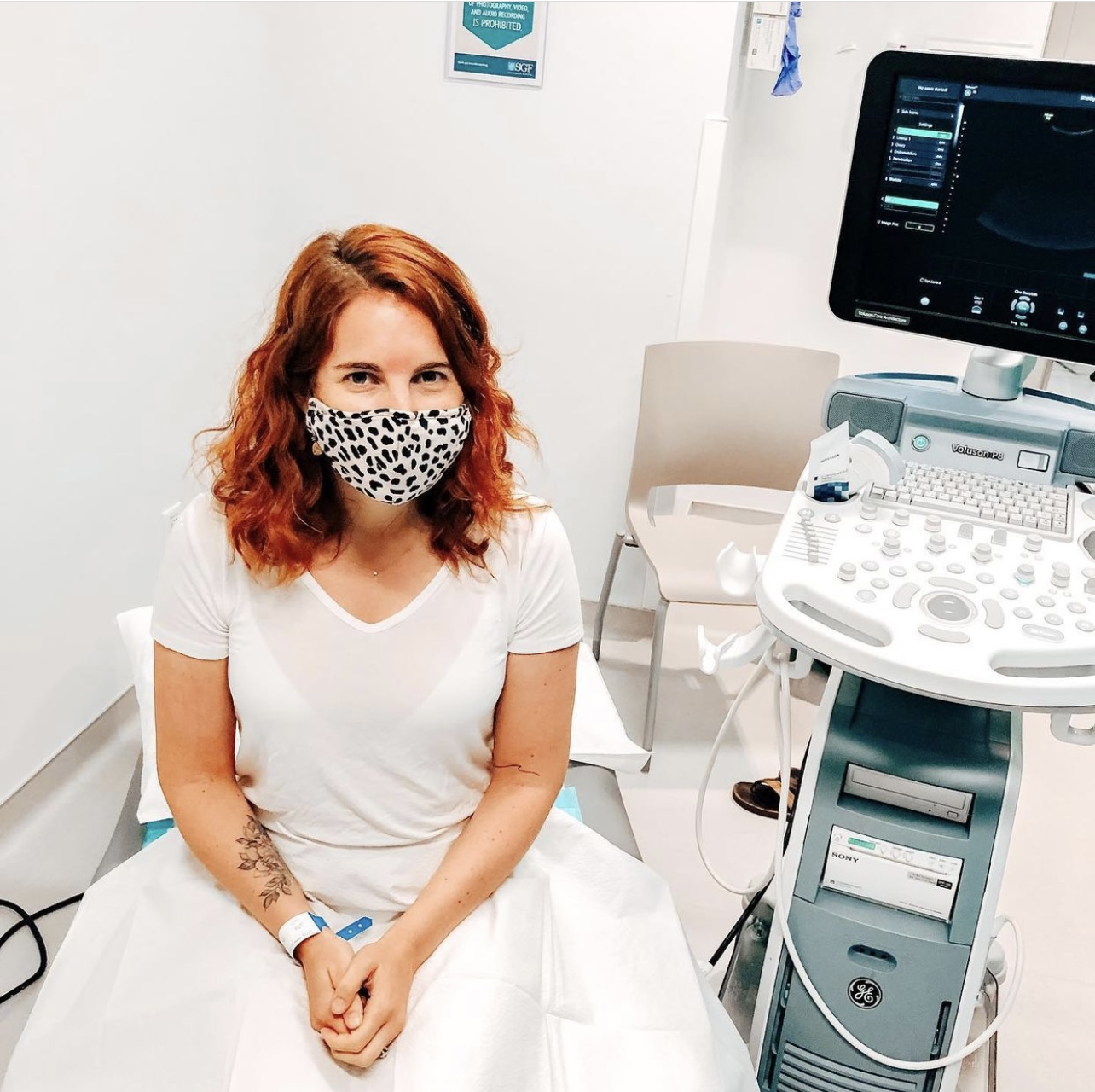 Even though my husband and I were not planning on trying to conceive for another year, my mission soon turned two-fold: fix my period problems and thus fix my infertility. I was confident I could fix both in the time span of a year and then go on to have a healthy pregnancy. Little did I know, it was going to take a lot more time, energy, and procedures than that initial blood draw.

Being the researcher that I am, I began to devour books about fertility and women’s health while using progesterone cream and taking the supplements my naturopath had prescribed. But none of it seemed to be working. I was still in a lot of pain every month. So, I changed my diet even more to balance my hormones, and I worked with health coaches. I got Mayan abdominal massages and did acupuncture, but my periods were still heavy and painful.

I decided it was time to see a doctor. After a few months on oral progesterone, my period pain finally began to improve. I was so hopeful and even made appointments with a few midwives at birth centers nearby in anticipation of starting to officially try. During one of my visits, a midwife suggested that I work with St. Gianna's Center, a nonprofit that teaches women how to chart their cycles via the Creighton Model and helps them conceive by getting at the root of the infertility issues with NaPro Technology. I began working with the doctors and nurses at St. Gianna’s, and it was such an empowering experience to learn how to chart and read the signs that my body was giving me. But the signs were not good. They put me on more progesterone, a thyroid medication, and a handful of new supplements.

At that point, I was not deterred because my husband and I were about to take a trip of a lifetime. We were spending four months as digital nomads backpacking around Southeast Asia and India. We thought this was going to be our last trip with just the two of us. We had it planned perfectly, as our doctor had finally given us the okay to start trying. We would start trying during the last two months of the trip while we were in Bali. I could not wait. It was going to be so romantic! 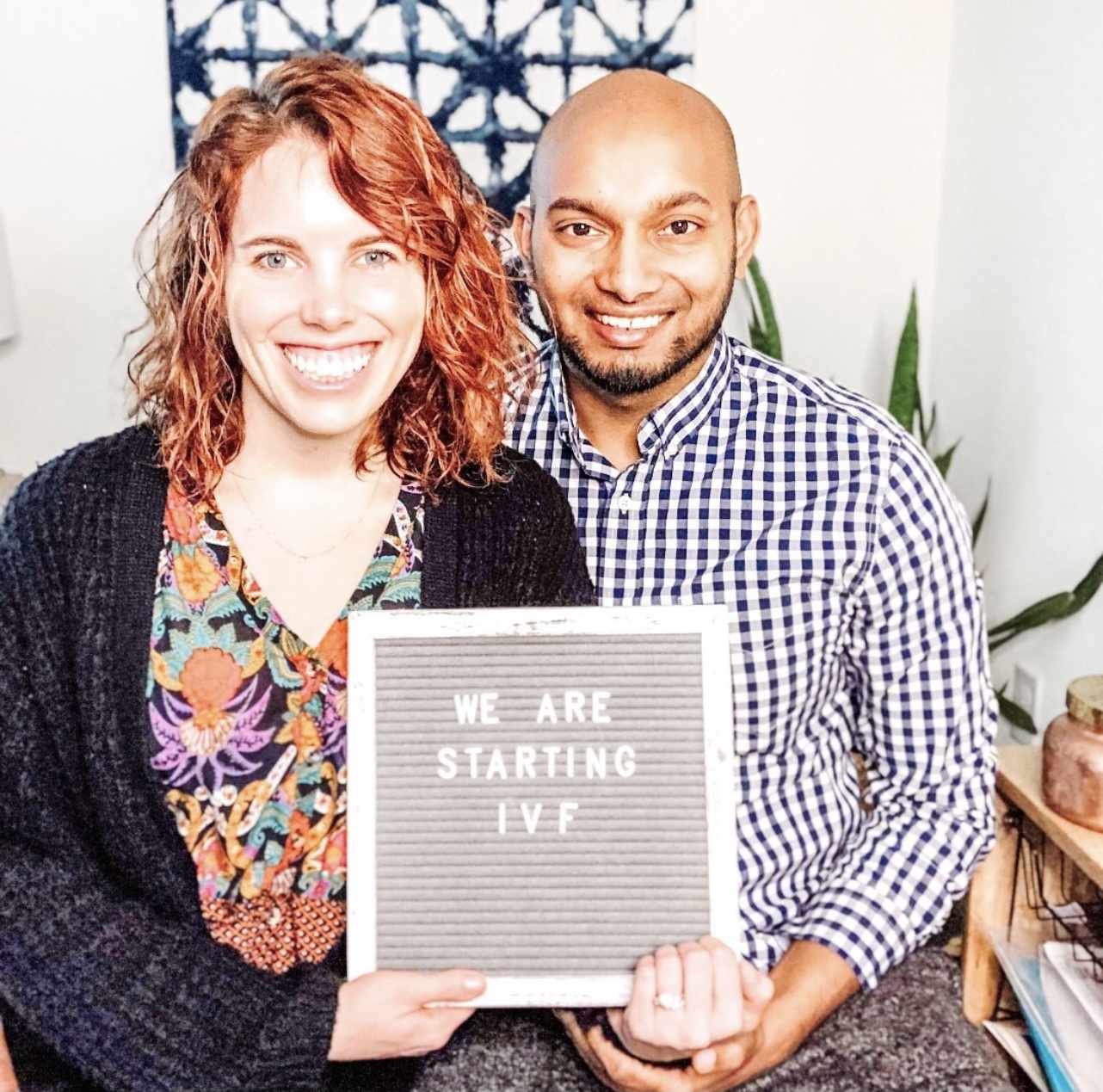 We tried for those two months, but of course, I didn’t get pregnant. By the third month in, I knew something was wrong. I was on every single supplement imaginable for fertility and taking an ovulation-inducing drug. My hormones were balanced, and my periods were much better. I just had a gut feeling that something else was off.

The next handful of months is when things began to get hard. The ovulation-inducing medications were leaving me fatigued. I was breaking down into tears daily and feeling hopeless. I was devastated, as I didn’t know why it was taking us so long. I thought I should have gotten pregnant by now, especially when I had been working so hard for the past two years on balancing my hormones, eating clean, and exercising with a personal trainer. I just couldn't wrap my head around it as friends were sharing pregnancy announcements left and right on Instagram. It seemed like getting pregnant was easy for everyone but me. My confidence and self-esteem were spent.

I knew I needed help, so I began working with a life coach who helped me get my emotions under control. Through coaching, I learned how to process my grief, doubt, and fears so they didn’t leave me in fits of overwhelm and anxiety. I rewrote my victimhood story of ‘why is this happening to me?’ into one of empowerment, courage, bravery, and grit. I now know that infertility is a normal and even common route, as there is no ‘right’ or ‘wrong' way to build a family.

I learned how to thrive in the face of infertility by not blaming my body. Between being able to process my emotions more effectively and changing my mindset I became stronger and more emotionally resilient. I finally was able to make it through negative tests and subsequent periods, doctors’ appointments, and blood work without falling into a depression. Infertility has taught me how to really process difficult emotions and that I can handle anything, even when it is hard and messy. It has prepared me in a way that I didn’t think possible of becoming the mom I one day hope to be. 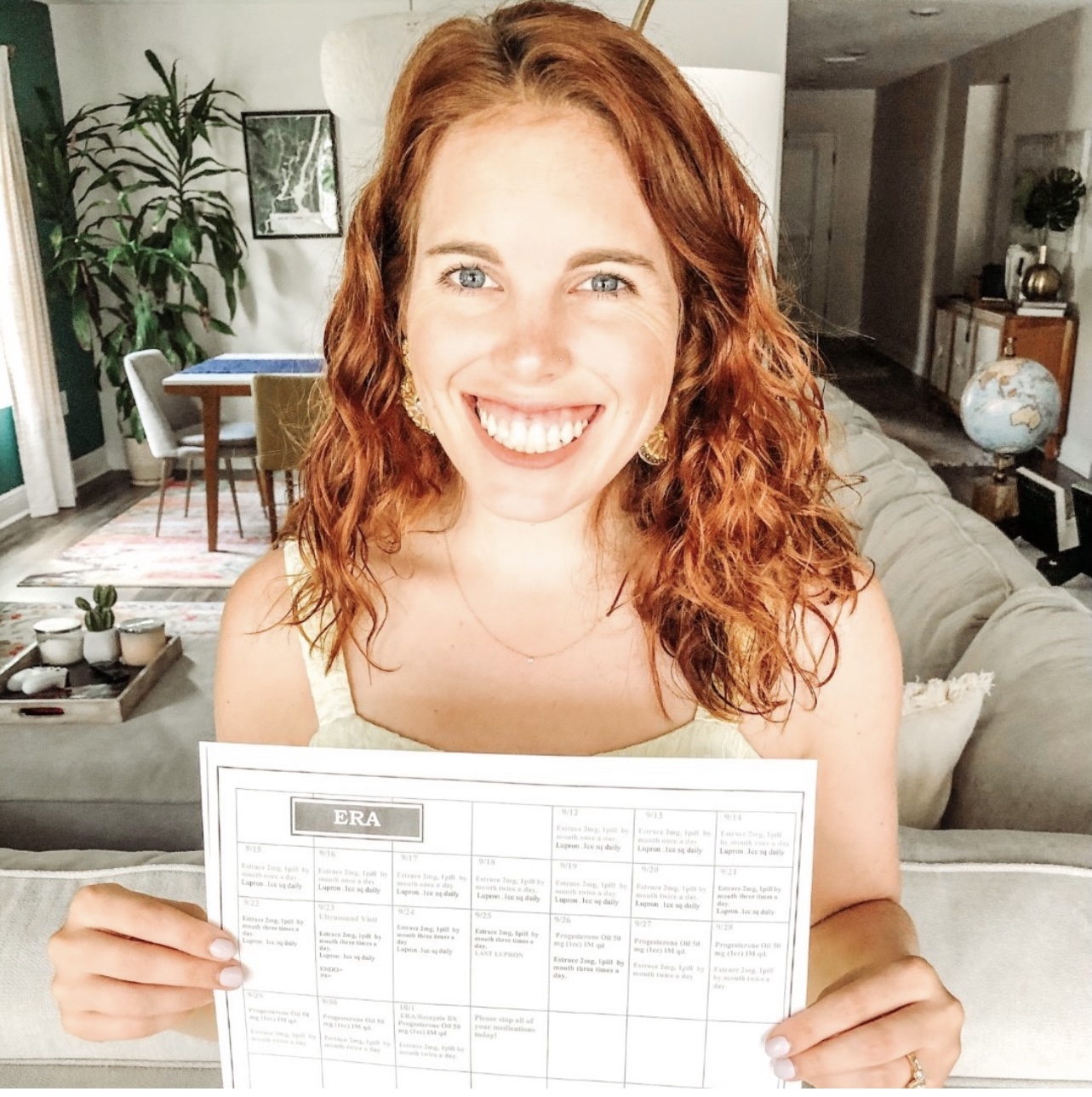 At my next appointment, my doctors shared their belief that I had endometriosis and suggested excision surgery as well as doing multiple tests while under anesthesia. This did not come as a surprise to me as I had suspected this was the issue. A year prior, I would have said no to the surgery. I still remember thinking that if it came to this we would ‘just adopt.’ But infertility had changed me. I wanted more than anything to be able to get pregnant, find out what was wrong, and fix it. So I signed the paperwork and scheduled the surgery.

The weeks leading up to surgery were an emotional disaster. I was so scared of going under anesthesia and something going wrong. I would burst into tears every time I thought about it, which was a lot. Through coaching, I processed my fears and wrote down a list of ten thoughts I wanted to think about going into surgery. Every time a fearful thought would creep in, I replaced it with a thought that left me feeling brave and empowered.

On the day of the surgery, I was nervous, but I knew I could do it. I had my coaching strategies in place, and they worked. I went through the surgery without breaking down or crying, and I’m so glad I did. During the surgery, my doctors found endometriosis, many cysts, and discovered that both of my tubes were blocked. They were able to unblock one tube so that we could continue to try to conceive naturally. But ultimately, after trying naturally, ovulation induction medications, changing our diet, detoxing our house of harmful chemicals, taking millions of supplements, doing acupuncture, castor oil packs, and surgery, we decided to add more science into the process and start IVF.

Now, even as I navigate IVF, I no longer feel broken or out of control. Life coaching has completely changed my outlook on life to the point where I have now dedicated my own life to helping women get off the emotional rollercoaster that is infertility. It is my mission to break down the taboos of infertility to help women navigating fertility issues feel less alone. Because everyone deserved to find the peace, emotional strength, and the confidence to show up as themselves during one of the hardest trials of their lives. 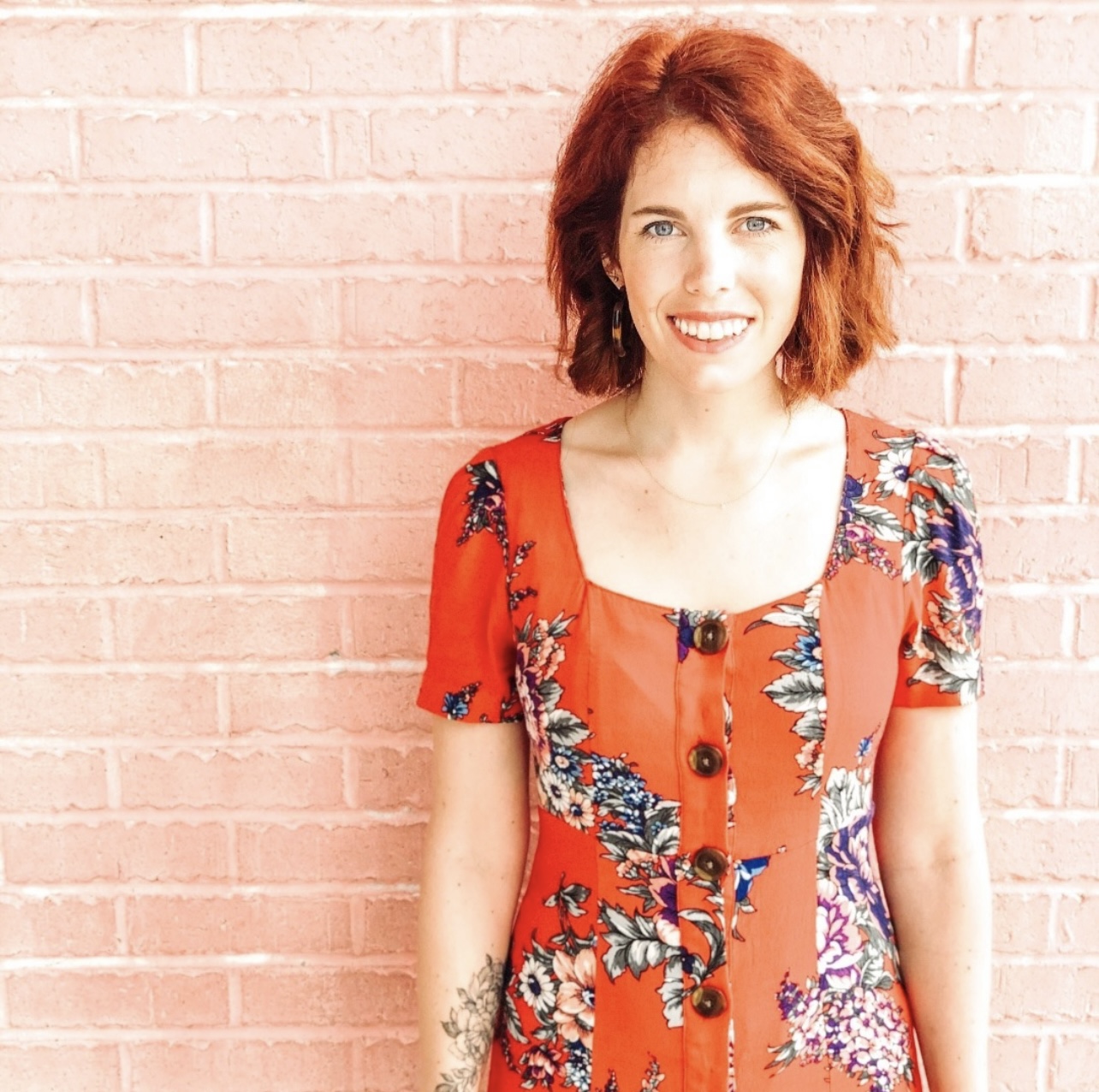 Jewelle Bejjavarapu is an educator and certified infertility life coach. She coaches type-a millennial women who are beginning their journey of trying to conceive and infertility. She also runs an online Facebook group called The Empowered Infertility Community. Jewelle is also an endometriosis and infertility warrior herself. She is in the middle of her fertility journey and currently lives in Florida with her husband and dog. You can visit her website at www.simplyjewelle.com or follow her on Instagram at @simplyjewellecoaching.