How I'm Moving Forward After Two Miscarriages and a Stillbirth

I met my husband in the 6th grade. We had been best friends for years and got married in 2018. Coming from a large family, and my husband always wanting a family of his own, it was no secret that we wanted to start a family together, and fast.

The day before Father’s Day, I found out I was pregnant. From the moment the lines on the stick darkened, I knew I was having a boy. I could feel it! I told my husband and my parents we were pregnant on Father’s Day over breakfast, and it was hit the ground running from that point on. 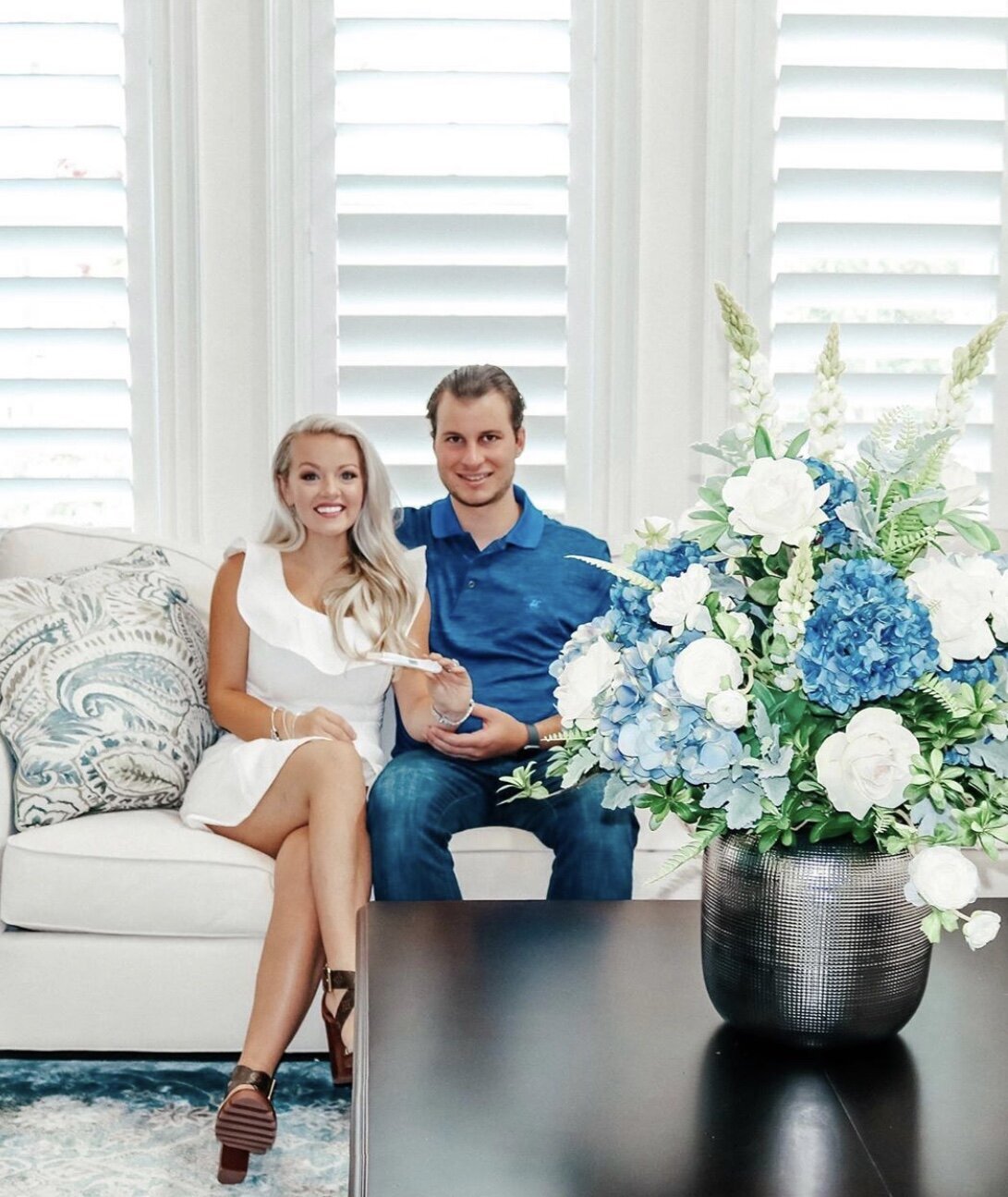 I was thrilled, overjoyed, nervous, and most of all scared. I always wanted a baby but did not know the first thing about being pregnant or being a mom. My husband was the google master, and I was the rule follower. We drove ourselves crazy, but we quickly became obsessed and in love with this new adventure.

Our appointments went great, and our pregnancy seemed to be on the right path. We planned a gender reveal, went through the milestones, and reached the second trimester without any hiccups. We accidentally found out the baby’s gender by a sweet nurse in our doctor’s office, and I was right, we were having a boy! We were elated. We had a name picked out, plans for what sports we would introduce him too, the works! We were getting so used to the idea of our little boy running around and looked forward to every appointment just so we could “see” him. During the last appointment we had, they checked the fluid measurements behind the baby’s neck. We left the doctor’s office thinking we were just at another checkup. We were confident and more in love than ever before.

Almost a month later, our lives changed forever. Our doctor called us in for an unplanned appointment. He started out with our last ultrasound and the concerns he had. He was worried that Jaxson had too much fluid behind his neck. There was a “chance it would go away before he was born, but…” His next words still shake to my core. Our doctor said, “but if it doesn’t, we will have to discuss what we plan to do about this pregnancy.”

I immediately knew what he meant, and the tears came pouring down like a summer rain with no chance of sun. I knew in my core that something was wrong, and I could not muster the strength to vocalize a single question. Our doctor got out his tiny ultrasound machine, and it would reveal the last few heartbeats our baby boy would ever have. We watched his heartbeat fade in front of our eyes, and I frantically asked if there was something we could do. I thought this would be my most helpless moment, but unfortunately, it was not. 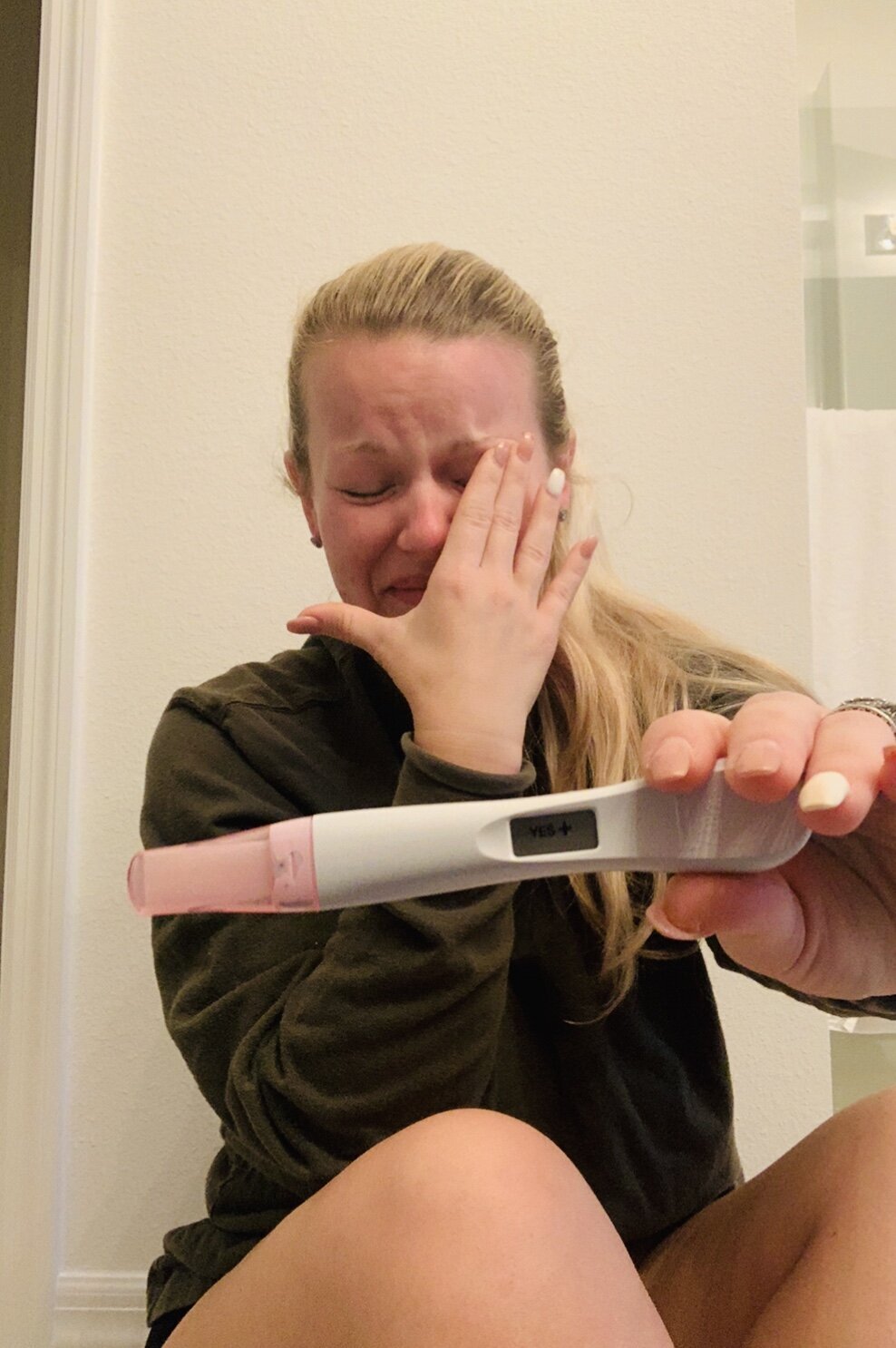 I was rushed to the hospital to deliver my boy. The process was so far beyond out of my reach that for a control freak like me, I could not process or navigate this to steer my way. The floor of the hospital I was on was specifically designated for child loss and deliveries, and I was one of many going through this.

Every nurse who stepped foot into my room had suffered a miscarriage. And with every story from every nurse, I grew angrier. I did not want to be able to relate to them. I did not want to be in this situation. I did not want this to be a part of my journey, my story. It was not supposed to happen this way. I went through so many emotions during my two-day hospital stay and delivery. I was filled with sadness, anger, and most of all, I was scared. I feared the unknown. So many questions flooded my head.

After being induced and going through labor, I grew more scared. I had prepared for this moment with the expectation of it being joyful, happy, and unlike anything I had ever experienced. I had pictured what holding my baby would be like, and now, I was dreading the thought of giving birth to my lifeless baby boy.

When the moment came, I was surrounded by my husband and my family. They all were there during my delivery. The room was so quiet, and yet the silence was deafening. On August 17, at 10:10am, my firstborn love’s body entered this world and a massive hole in my heart began to overcome me. When they handed Jaxson over to me, I held his lifeless body in my hands, and I remember telling him how sorry I was. It was not supposed to happen like this. We were not supposed to meet this way. This was not what I wanted for either of us. I hated that I had failed him. 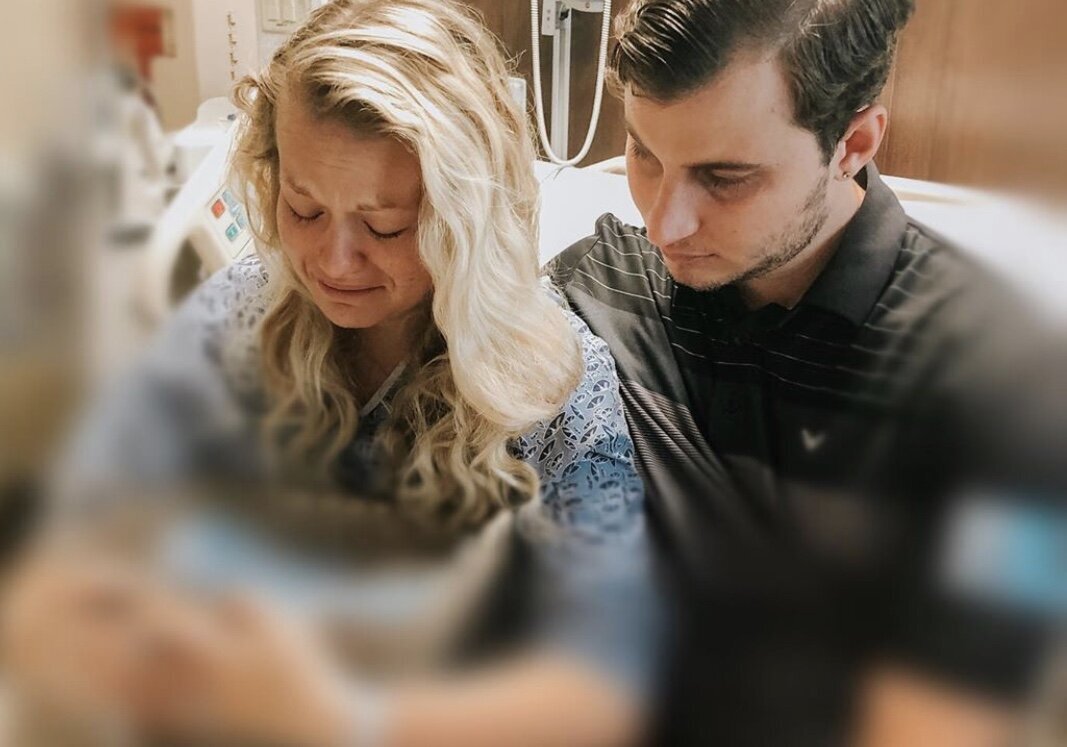 Jaxson had more complications than the doctors originally thought. And his life, which had a timeline of 7-8 years old from birth, would have been a struggle for him. I remember coming home from the hospital a shell of the person I once was. I would walk around my house screaming at God to “Give me my baby back.” I just wanted my little boy back. I still long for him every day. I think about him constantly, and I have never stopped wanting him.

The race to get pregnant again was in full force. Not to replace our son, but to attempt to fill a void we now had eating away at our hearts. We lost two more babies after Jaxson. I can never fully describe what it is like watching your children’s heartbeats fade on a screen in front of you. All I can say is it’s the most helpless feeling in the world. All I wanted to do was hold them, comfort them, and tell them how much they were wanted, loved, and needed.

As time goes on, the pain grows along with the hole in our hearts. We went through fertility treatments with our second baby, only for us to realize that getting pregnant was not the issue, it was holding onto them. We did genetic testing, chromosomal testing, and I was poked and prodded in order to get to the bottom of what it would take for me to have a successful pregnancy. When we finally stepped back and took a breath, a miracle happened.

John and I are currently expecting again, with a healthy, precious little girl. A little girl we have prayed over and desperately longed for. We are the farthest in pregnancy we have ever been, and we are beyond grateful. John and I have been through every face of fertility. We have learned more about our own bodies, and each other. I had to learn that my husband’s grieving process would not mirror mine, but he would be the biggest support to save me from walking off the edge. I had to learn that when the time came for my husband to grieve—a good solid month or so after I began—I would see a side of him so deeply tucked away that the over-analyzer in me had to step back and go into autopilot caretaker. Consoling a 6 foot 4 man, who is the support and love of our family is a position I had to navigate through carefully. In doing so, I learned more about our love than I ever could have imagined. 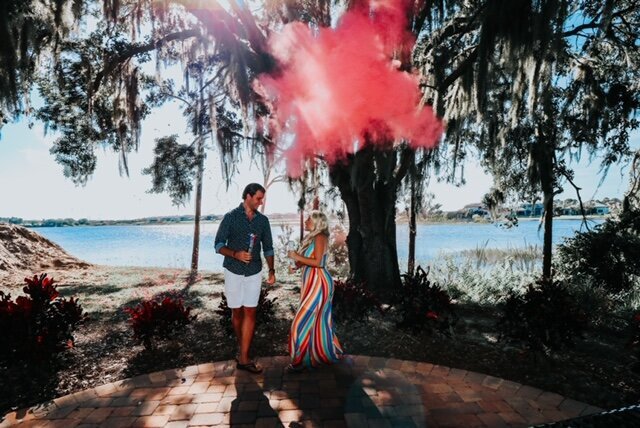 We still have days that are not easy to walk through. Mother’s Day was a difficult first for me this year, as Father’s Day was for John. But now we walk forward with this new pregnancy with the gratefulness and understanding of how lucky we are.

At the same time, we take the time to look back at our losses so as to never forget our family and how it got started. A mother of a lost child’s biggest fear is someone forgetting her babies. We talk about them often; they are a part of us and always will be. And one day, we will tell our little girl how she was handpicked from heaven by her other siblings. We will walk forward, and glance back when we feel the need to while being grateful for where are right now.

Part of me wants to tell other women and families who are dealing with infertility or baby loss that they will get through it and that it will all work out the way they want it to. However, anyone going through a fertility struggle knows that the last thing they want to hear is “it will happen when it’s supposed to” or “if it’s meant to be it will be.” I will tell you, however, that you know your body best. You know what you are capable of.

Time will help, but may not completely heal you. Take time for you. Take time to move forward and at the same time, never be afraid to look back. You are stronger than you think, and you will overcome any challenge that is set in your way. Have faith and believe. You got this, sister! 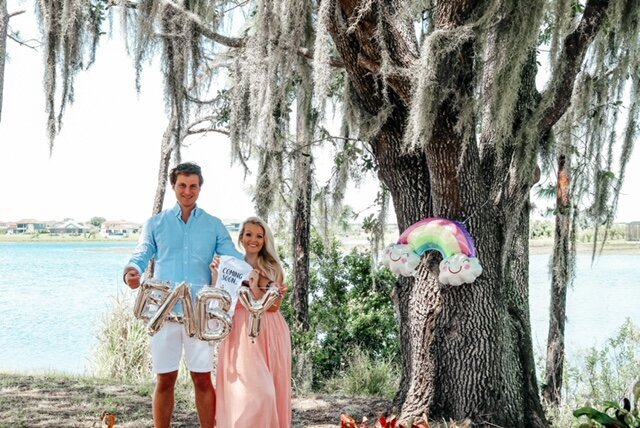 Ashley J. is a woman who fell in love with her middle school crush, an entrepreneur, and a music creator/artist with a double life. She is also a 3x Billboard recording artist, a businesswoman, and a mother of 3 angel babies who is currently expecting a little one this Fall 2020. Ashley’s journey to motherhood hasn’t been easy, and it has been a road less desirable. However, her journey has shaped and prepared her to be the best mother, wife, and woman she can be.