Unexpected memories can take you back to the happiest and saddest times in your life. Not too long ago, I was scrolling through my...

How To Deal With Hurtful Comments After A Miscarriage

I've Had 4 Miscarriages In A Row, But I'm Not Ready For IVF

Unexpected memories can take you back to the happiest and saddest times in your life. Not too long ago, I was scrolling through my Facebook feed and came across an old photo from a college reunion I’d attended.

There I was, basking in the joy of people I hadn’t seen in 20 years, holding a classmate’s infant in my arms.

I quickly remembered feeling a twinge in my belly that made me pause. I’d suffered a miscarriage at 9 weeks the year before, and that little bundle of joy I was holding was bringing me face-to-face with something I’d been too afraid to see.

Although I still felt hopeful, when it came to having my own child…I was still guarded.

One Step Closer to Motherhood

After returning home from that reunion, I soon found out that I was pregnant again. I was thrilled and hopeful. But I also felt the intense anxiety of being pregnant after having had a miscarriage.

Each week was a new milestone. It was one week closer to being out of the “danger zone” (the first trimester when miscarriages are most likely to occur) and one step closer to my dream of being a mother.

It didn’t help that pregnancy symptoms can often mimic the signs of miscarriage. But I was comforted by the fact that, even though I was spotting, my constant nausea and all-day sickness meant my hormones were working.

My baby was growing.

Just as I approached the end of my first trimester and began to celebrate, my excitement turned into unimaginable despair.

My blood test and ultrasound confirmed our worst fears: Our son was sick.

The Unimaginable Grief of Pregnancy Loss

My husband and I were forced to face unimaginable grief. We were walking through life in a daze as we tried to move forward. 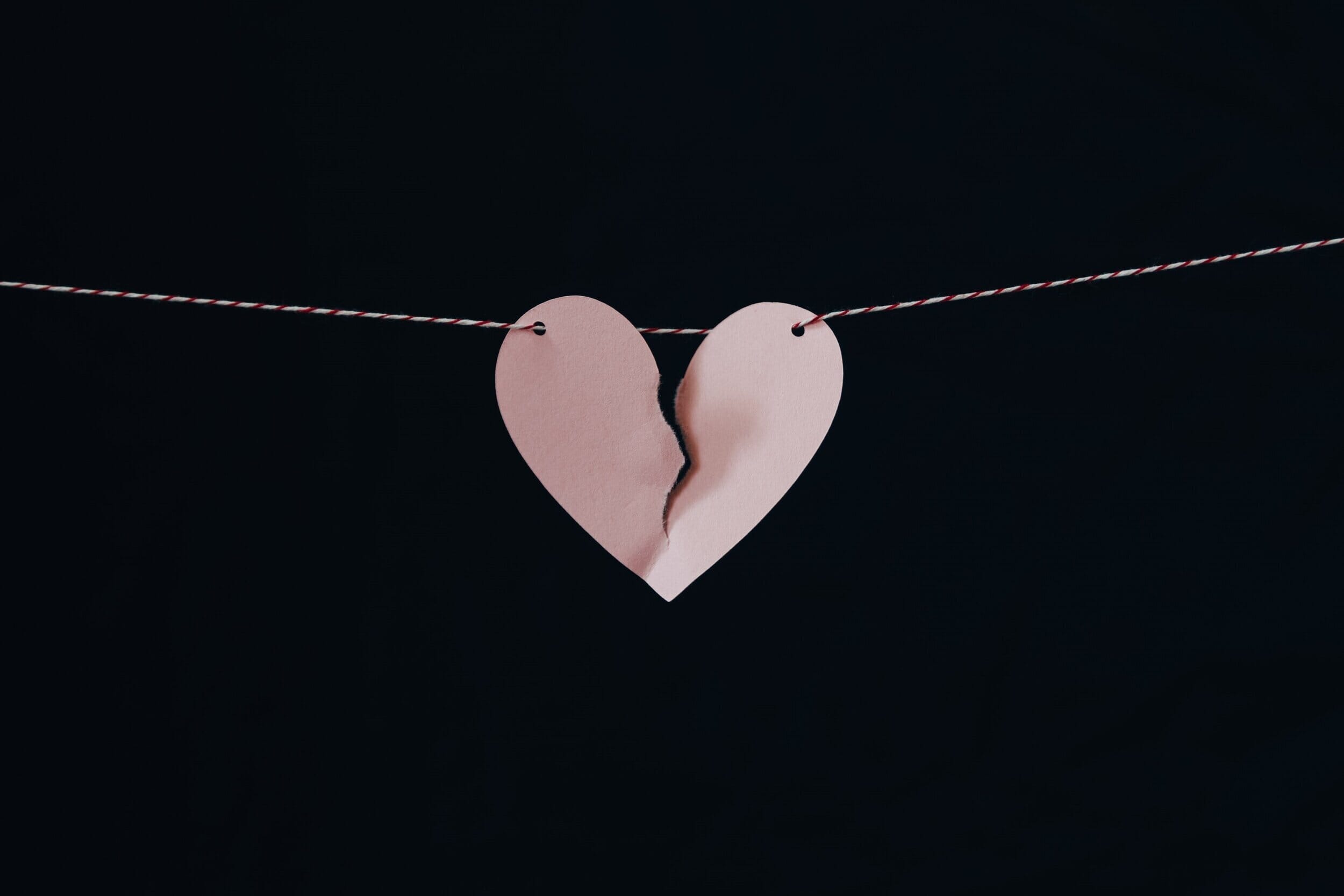 No one wants to be part of the “Pregnancy Loss Club”, and it’s a membership I didn’t sign up for. I wish I could say this second loss was my last one, but in fact, it became the second of many.

Regardless of how common the data suggest miscarriage is today, the reality is that it’s always heartbreaking for women and their partners.

Thankfully, I was soon surrounded by a community that included my therapist and women who’d suffered similar losses. These were women who were further along in the journey than I was.

They became my Pregnancy Loss Tribe. They were my role models for learning how to cope and survive something I couldn’t conceptualize or process at the time.

The Support of a Pregnancy Loss Tribe

Being a licensed therapist myself didn’t protect me from the pain even though I had the tools and training that allowed me to help others go through their own challenges.

Grieving is a humbling experience. But my tribe showed me the importance of honoring my grief without apologies.

My tribe, some of whom I’d never even met in person, supported me virtually when I was up late at night in tears.

They helped me make it through pregnancy milestones without my baby. They reached out to check up on me when my due date was near.

They taught me so much about resilience, strength, and perseverance. I could move forward because I saw that it could be done…and that others had done it so many times before.

I had to honor my process however it unfolded.

If I couldn’t attend someone’s baby shower, or if I unfollowed someone on social media, that was okay.

It was okay to cry throughout the day and feel frustrated when I felt like I couldn’t stop.

It was okay to feel angry, jealous, and embarrassed when a family member had a child on the date of my son’s death.

I had to honor all the ugly feelings in order to let them pass. The more I tried to force myself into what I thought my grief should look like, the more intense those feelings became.

So I did what I tell my clients to do: I surrendered.

I have so much love for the women in my pregnancy loss community. But my circle of women outside that community was equally as important. They loved me just as much and reached out to support me, too.

They gave me a sense of identity where I could safely have some distance from the pain of being without a child. They showed me that life could still be enjoyable even when dreams change.

Embarking on My Grief Tour

Because of my age, my doctor suggested I try in-vitro fertilization (IVF), a process that was more emotionally draining than I’d anticipated.

A year and a half of treatments and thousands of dollars later, with only a chemical pregnancy to show for it, I was left feeling deflated and desperate. I was also getting too old to qualify for additional treatments.

After considering another attempt at conceiving naturally, another diagnostic test revealed that both of my tubes were blocked.

I decided we needed a break from the emotional stress. I had to reclaim my body and spirit and step away from the narrative of failure that often comes with the fertility journey.

So I made my way back to something I always loved but was neglecting: travel.

Traveling became a different form of therapy. It helped me disconnect from the struggle I’d been going through so I could experience the joy of exploring other cultures.

There were no longer any doctor appointments, medications, or procedures running my life.

I started planning, and it worked. It’s hard to be sad while you’re researching a travel itinerary for Cuba.

If you think the ruins in Rome are impressive, wait until you see the ones in Greece.

If you’re feeling sad, plan a trip. When all else fails, plan some more!

Planning trips became my new (and expensive) antidote to pain. I was honoring my need for freedom from the weight of my emotions. Traveling was my way of doing just that.

I’ve learned plenty of lessons since that time, and there are new lessons that I learn every day:

Eventually, those familiar and uncomfortable pregnancy symptoms were back. I was, once again, pregnant after the medical community had told me it was impossible to conceive with two blocked tubes.

Sadly, that pregnancy also ended in a miscarriage. But I still experienced a miracle. They really do happen.

Doctors can have an in-depth understanding of science and medicine. But they don’t know everything.

I remember going over test results with my doctor and looking at my blocked tubes on the screen. She described how getting pregnant naturally was going to be practically impossible…until it was possible.

Getting pregnant reinforced my belief in the power of the mind and the body. I had a glimpse of what could be possible if I just let myself feel free—undefined by any “failure” I’d faced during the fertility journey.

Beauty can come from sadness.

My journey isn’t over. My grief has led to some beautiful experiences. Traveling the world with my husband helped us redefine our relationship outside of the fertility world.

I needed distance and a new perspective to reconnect with myself and align my work with who I am now.

I’m a woman who is still hopeful…still expecting my miracle…and still learning to stay in the moment.

I appreciate the wisdom that comes from the experiences I’ve had. Making my way through the depths of my trials have confirmed that I can endure and persevere through unimaginable pain.

I’ve come to know so many other women who have done the same. But more importantly, I can now take what I’ve learned and help others make their way through the same journey, too. 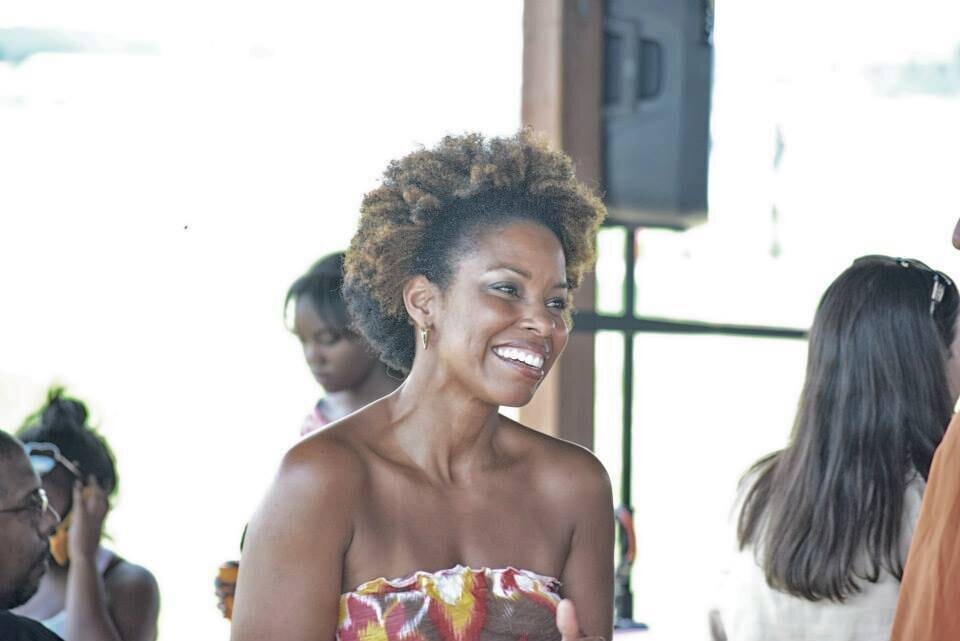 Dr. Loree Johnson is a Licensed Marriage and Family Therapist (LMFT) with more than 25 years of experience as a clinician, educator, and clinical supervisor. She helps clients navigate uncertainty in their relationships, overcome the emotional challenges that come with infertility and the loss of a pregnancy, and strengthen their relationships. By combining her licensed clinical background and personal experience into a holistic and therapeutic approach, she supports women and couples on their path to parenthood.

*This article was originally published on Thrive Global.