To become a contributor, email hello@rescripted.com.

Before I dive into my own experiences with stage 4 endometriosis, I think it’s important to start off by saying that everyone’s experience with the disorder is different. Some women with endometriosis don’t have any symptoms at all, while others suffer from debilitating pain on a daily basis. This is my story.

I started my period when I was 12. Everything seemed normal, just as the movies had made it out to be. I was a headstrong girl, desperate to grow up too soon, so I initially found it all to be very exciting—I was a real woman now!

When I hit about 15, my period became slightly less glamorous. My periods were immensely heavy, my temperature was always extremely high just before and during my period, and the worst part, I started fainting at school during “that time of the month.” For a teenager, it was highly embarrassing, to say the least. 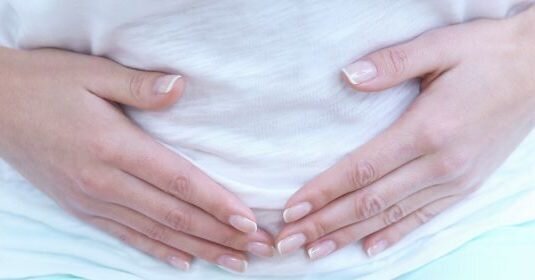 I remember one particular episode where I fainted and hit my head on the gas tap in a science room. I was taken to a storage closet to wait for the nurse to come up and see me. The first thing she asked me was if I was pregnant, something that at that time was totally absurd. Now at 33, even more so! It was this episode that started my investigation into whether all of this was normal. I certainly didn’t feel that it was.

My mom took me to see our family’s General Practitioner, and we explained the horrible period pain, the fainting, and everything else I was experiencing, but we were met with what now seems to have been a standard recommendation at the time: the birth control pill. Being a teenager, I didn’t really think to question the doctor’s decision. I didn’t even know endometriosis existed at the time. This was before I could whip out my smartphone and start googling my symptoms.

So I took the pill, for 15 years on and off, and it really did help my symptoms, even if I know now that it was only masking them. I stopped fainting, my periods became much lighter, and I had very slight pain which I kept on top of with Ibuprofen.

I honestly didn’t give any of it a second thought until I stopped taking the pill and met my now-husband. About a year after coming off the pill, my old symptoms started to return, but this time they became really debilitating. The fainting spells started back up, and I was in so much pain that I couldn’t leave my bed. I would also sweat so much that it almost seemed like I had a fever. Not only that, I started to bleed between periods which made trying to conceive even more difficult. Finally, I had had enough. It was time to investigate the root cause of my symptoms. 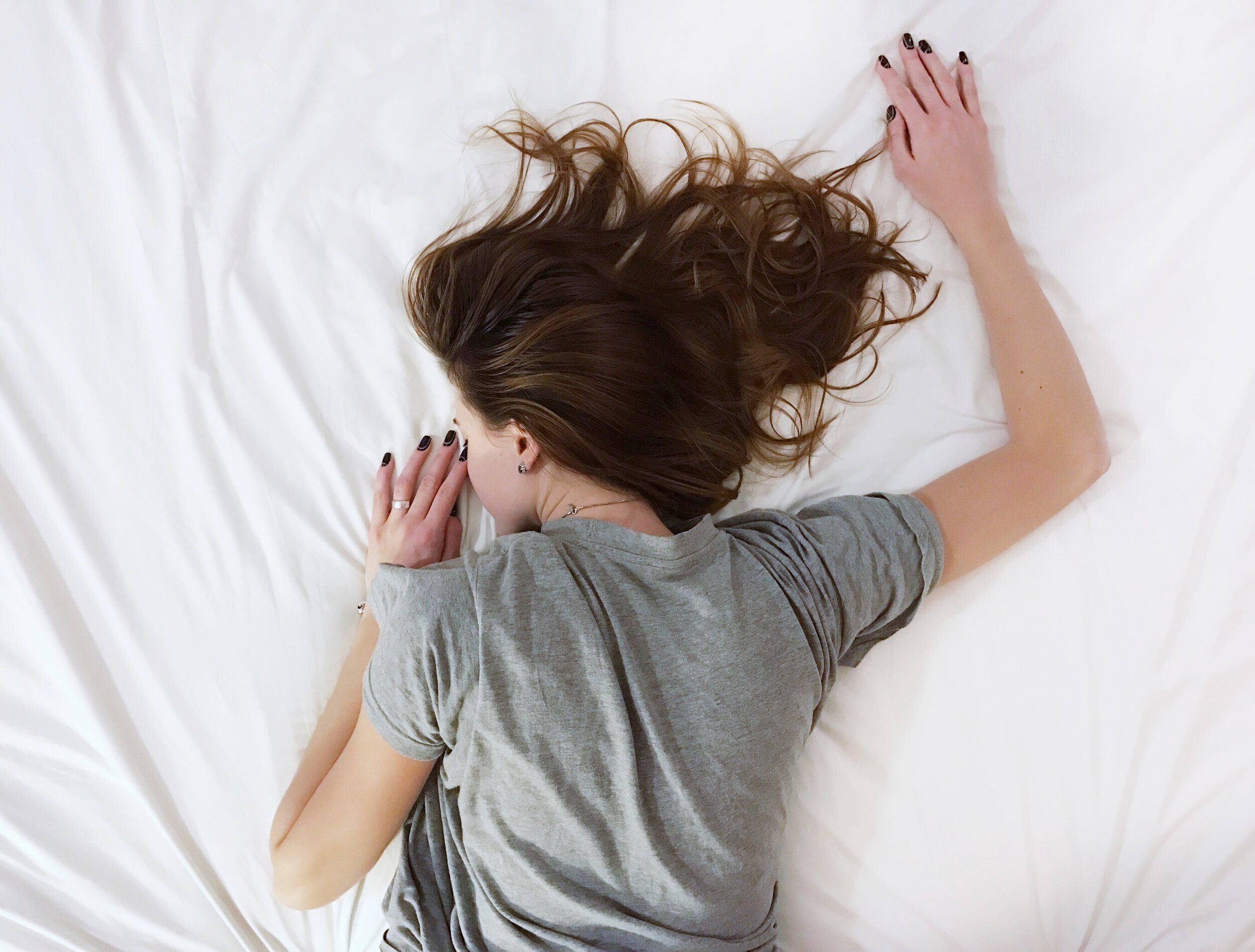 My journey from that point on is a little confusing. I had numerous scans and appointments and was seen by lots of different doctors including gynecologists and fertility specialists. At 32, my husband and I had already been trying to conceive for close to 3 years. I had numerous ultrasounds that didn’t show anything apart from a few tiny fibroids, and I had these scans taken by a few different nurses and doctors at different times throughout my cycle. I had to continue to advocate for myself in order to keep things moving and to get the investigation to continue. I knew my body better than anyone else, and I knew my symptoms couldn’t be normal.

I was eventually referred for diagnostic surgery, a laparoscopy (they cut a hole in your belly button and pop a camera inside so they can have a good look at what’s going on) and a hysteroscopy (they go in through your vagina and take images of what’s going on). I also had an HSG test done to see if my fallopian tubes were blocked. In the lead up to the surgeries, my doctors were very positive. They had found nothing concerning so far and weren’t really expecting to. It was more of a box-ticking exercise to double-check before they recommended our next steps.

Fast forward a couple of hours after my surgeries, and I was awake, completely groggy, and only vaguely aware of where I was. I was on Fentanyl, so for a short while I was in and out of consciousness. My dreams were about cheese, cats, fluffy socks, and the most random things my imagination could muster. It was during this recovery room scenario that the doctor who had performed my surgery came in to tell me the news that I had Stage 4 Endometriosis.

The conversation went something like this: “Glenda, I’m very sorry to say this, but it’s worse than we thought. We were very shocked to find that you have endometriosis, and it’s Stage 4. But don’t worry, there is a plan for this and it’s fixable so we’re getting you referred.” I think I remember laughing but also crying. I also remember thanking her and then being angry with myself about that part later. I was angry for not being given much of an opportunity to ask questions. 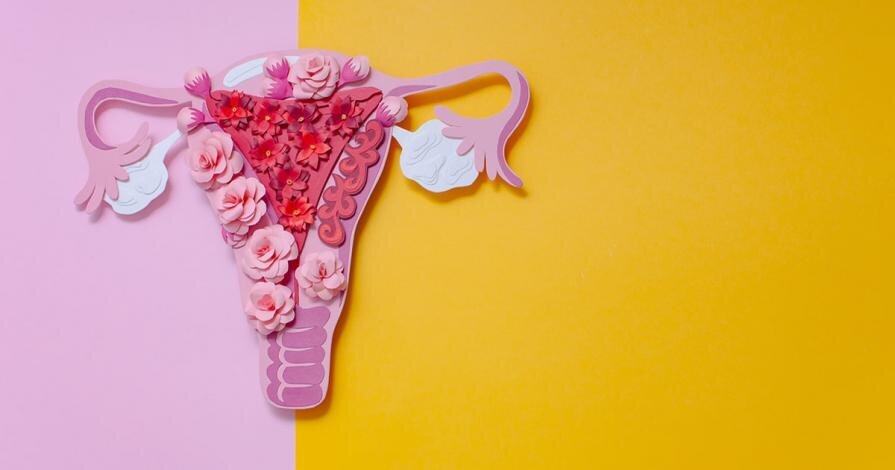 An unknown amount of time went by, and I was back in my clinic, crying as they wheeled me towards my husband. He thought I was just emotional and in pain, so he was trying to reassure me, but then I realized that they hadn’t told him the news, so I had to break it to him. It was a strange experience; I’ll never forget the look on his face. It certainly dropped, and he just looked so sad. I felt guilty about what this would mean for us trying to get pregnant, and all I wanted to do was go home. I’m not sure I have ever felt as low as I did that day and the days that followed when the Fentanyl finally wore off and reality set in.

Fast forward to 12 days later, and after reading up on Endometriosis and how it can affect fertility, we were back at our fertility clinic for our first opportunity to ask questions and go through my symptoms in more detail. To give you the full picture, I have an endometrioma on my left ovary and it’s stuck to the back of my womb; my tubes have been so badly damaged by endometriosis that they are blocked and kinked; my right ovary/fimbriae are also very damaged and have become clubbed which makes it harder to catch an egg; and I am producing a low amount of eggs for my age. Because of this, we were recommended to skip any more surgery and go straight for IVF with ICSI (Intracytoplasmic Sperm Injection). We are currently waiting on the outcome of an application for funding for this treatment. Gulp!

As we wait to begin IVF, my endometriosis symptoms have continued. I haven’t been given any medication, and there is currently no known cause of the disease, just a series of theories of how it might possibly originate. My theory? I am undecided, but I do often wonder if things could have been preventable had they been investigated in more detail when I originally saw my doctor at age 15.

What if they had run some scans or tests then to see what was going on? Could my endometriosis have been treated or prevented from getting as bad as it is today? I guess hindsight is a wonderful thing, and I honestly believe that everything happens for a reason. I an just waiting patiently for that reason at the moment!

As I alluded to, we are still on the waiting list for funding confirmation from the NHS to go ahead with ICSI treatment and are planning to fund this ourselves if we don’t get a thumbs up from them. I also have a Pelvic MRI scan booked so that doctors can have a closer look at what’s going on and recommend further surgery if necessary. Our priority is IVF and to get pregnant, so hopefully, they have a solution that is sympathetic to that. In the meantime, it’s hot water bottles, bloated bellies, and a heavy flow for the foreseeable future! 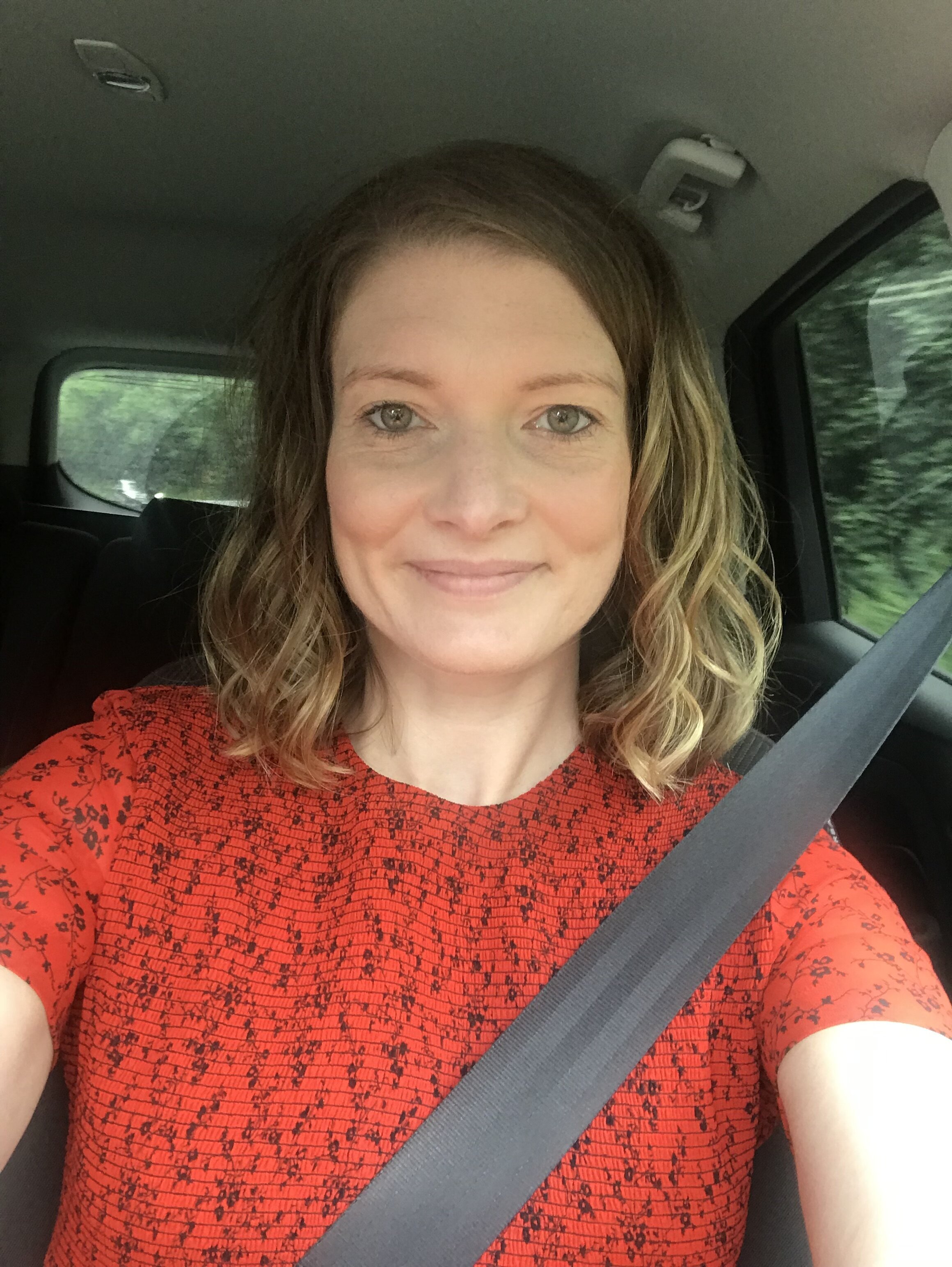 Glenda Barber was diagnosed with Stage 4 Endometriosis, leading her down the path of IVF with ICSI to grow her family. She documents her journey on her blog and on Instagram at @fragilecottonstring.

Join our free fertility support community and meet thousands of others who get it.

To become a contributor, email hello@rescripted.com.

Thank you for your interest in exploring Rescripted Rx for your fertility medications!

When you order fertility meds from Rescripted Rx, you get the best possible pricing, along with flexible pharmacist support, text alert medication reminders, access to med-teach videos, a trusted content library, and support from thousands who get it.

To begin please fill out this brief survey to help us understand how we can better serve your pharmacy needs.

As far as you know, how will you be paying for your fertility medications?
(If you don’t know yet, we’ll walk you through this process too!)

I’m going to be paying cash for my prescription.
I have partial/full insurance coverage for fertility medications.
I don’t know yet.

Now we’re going to ask you a few questions about your cycle status and healthcare team.

Fantastic! We believe that everyone deserves to have access to comprehensive insurance coverage for fertility. Unfortunately, we are not currently fulfilling prescriptions through insurance as we focus on underserved, cash-pay patients.

However, we have a few resources that will help make this process even easier for you and your care team as you are ordering your medications.

No worries! We’re here to help you figure this overwhelming process out.

We currently only fulfill prescriptions for underserved, cash-pay patients, but we want to make sure you thoroughly understand all your options before making a decision.

While we can’t get on the phone with your insurance company for you we can arm you with what questions to ask your insurer to figure out coverage for fertility medications. Please review or download our guide here.

Also, please note, there are some instances where the prices we can negotiate for packages of cash-pay fertility medications may be lower than your insurance co-pays. Since we believe in complete transparency, we’d like to give you the opportunity to view our competitive pricing to keep yourself informed on your options.

You always have the option to decline your coverage and pay out-of-pocket if it makes sense financially.