How I'm Embracing My Childfree Life After Infertility

Can We Please Change The Way We Talk About Mother’s Day?

I Haven’t Created A Human Yet, But Infertility Has Made Me A Better One

IVF Almost Got Us Divorced, But It Also Strengthened Our Marriage

ERA Cycle in Review: How I Prepared, Coped, And Made It Through My Mock Embryo Transfer

At the ripe old age of 28, I decided that becoming a mom was going to be my next big thing, which would have been laughable as an outsider looking in because Mark and I were not those people. We partied too much and worked too many hours and were too self-absorbed with our own little bubble to consider the expansion of family with humans.

Then my grandfather passed and my biological clock ramped up something fierce. “Let's take it on,” we agreed. Although we had both become well-versed in the gamble and trials of expanding our career paths, parenthood was simply unknown and daunting. 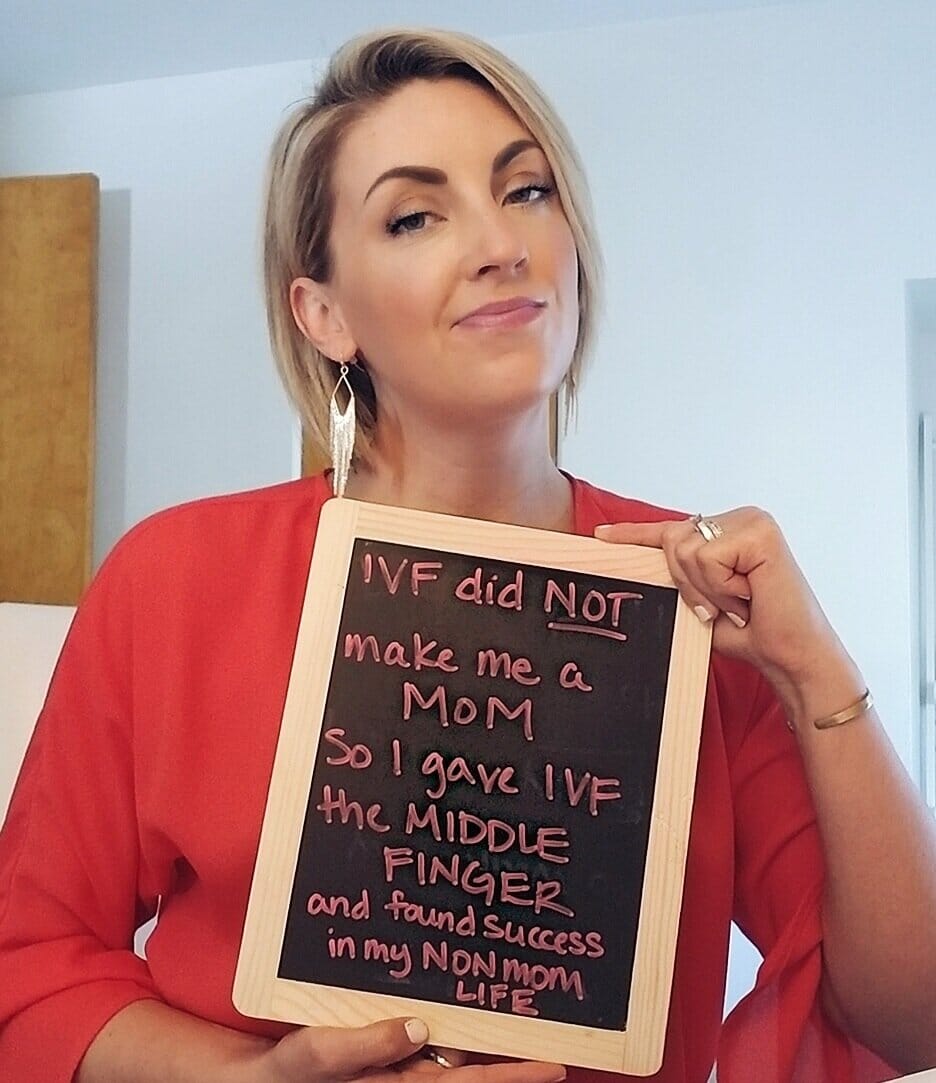 For us, it was never a question of how we would be as parents. We both knew the answer was...we would knock it out of the park. Not in a helicopter/perfect parenting way, more in a “we're all in” way. We were both perfectly capable of teaching and guiding and growing. It was literally the core of our jobs outside of the home but in very different ways.

The issue became how were we going to become parents because knocking boots the old-fashioned way was getting us nowhere.

As many can relate, once something in our reproductive system seems off, we get frustrated, and then we get moving. If you look at it another way, trying to conceive gave us a "no" and we took that information and found a work-around. For us, this cycle kept up until we wholeheartedly believed we had exhausted all our workarounds from the reproductive NO.

Mark and I spent six years trying to become parents but ultimately walked away childless.

I was initially diagnosed with unexplained infertility after initial testing came back normal for both myself and Mark. When three Clomid cycles failed, I met with a Reproductive Endocrinologist in Illinois who recommended IUI and genetic testing. Turns out, we were both carriers of medium-chain acyl-CoA dehydrogenase (MCAD), and the IUI was canceled.

As if genetic abnormalities weren’t tough enough, it was quickly revealed that my egg quality was extremely poor and my hormone levels were out of whack when we moved on to IVF. Out of three back-to-back egg retrievals, only two embryos were considered genetically normal. My first embryo transfer resulted in a negative pregnancy test, but the second transfer was a success! I carried my baby boy for 11 weeks until an abrupt miscarriage the day after Christmas.

The next six months were spent healing my mind and body, but I knew I needed to try again. Our final egg retrieval yielded one normal embryo for transfer. My beta was positive but low, and I knew in my heart the embryo wasn’t going to make it. Within a week, I miscarried again. It was never in our hearts to try alternatives such as donors or adoption so my husband and I moved forward as a family of two.

Coming to terms with all that we had accomplished, yet failed to achieve, took a bit of time to digest and appreciate. I would vouch to say most men and women walking through infertility ultimately deal with the same set of emotions. You found success, whether it was through expanding your family with children or not, and now you're left in the ashes, exhausted, thinking what the fuck did we just do. How did we get here? Can you believe it took so long?

Another way to consider this same journey would be....look at how badass we became. We took on so much, and here we are. Living. Moving forward. A whole new life. We are not the same people we were before this. Look how far we've come!

My reason for speaking out and embracing my new non-mom life is to help break down the stigmas surrounding alternative endings with infertility. For a long time, I believed having a baby would automatically make all the sacrifices to my body, my marriage, and my career all worth it, but I learned through all the failure that a baby would never be a cure-all for any sort of lingering anxiety or lack of purpose I held onto.

Stopping treatment was an easy choice, but following through was difficult, and took almost a year of mental energy to embrace my new lifestyle. My heart and brain were always in two separate places. I could see the chaos surrounding infertility treatments taking a toll on my quality of life but kept pushing everything to the side to try and find success with IVF. What’s the point of having a child if you lose your own identity and the strong foundation you built with your spouse?

Walking away from treatment gave me a sense of relief but left me empty. I still had so much to offer in my life, but technically "nothing" to show for it in the form of children.

If I had set out to accomplish this bigger-than-life goal and didn't achieve it in the way I had hoped, now what?

Buffering in circles, trying to define my purpose, not thinking I'm enough or worthy of my words anymore. I had thrown in the towel. I held onto shame for thinking I turned my back on the infertility community I had grown to love. Would they ever embrace me for the childless person I am?

Am I an imposter because I failed?

Regardless of how slow my healing went; I knew that working to make sense of the confusion would ultimately get me out of this stagnant state and into something better. Reminiscing on the past five years of sacrifice, treatment, and knowledge that was gained, I started to realize how awesome we did.

We dug in and leaned on each other in some of the worst moments of our lives, we reached out to a community of strangers for support and conversation. Our edges were softened with empathy, a trait we knew nothing about prior to IVF. We had a lot of good in our back pockets.

My initial thought was to take the year off and just be. Slow down after the chaos of treatment and relish in the here and now. Don't take on any big projects. Don't fill up my plate too much. De-stress, relax, and unwind.

Instead, I gave myself permission to be who I am; to stretch, to reach, to do only what felt right...I flipped my mindset on its ass. It felt good to dive into something again, which started with ripping up all the carpet in the upstairs of our house. There was no sense in avoiding a room meant for a nursery when I could change it into a usable space. The room became an office and a launchpad for a new endeavor.

I am now the CEO of the first-ever childfree after infertility coaching platform, Plan Babe, and I am fiercely loyal to teaching women how to reveal their purpose and rock their “Plan B.”

After working through the trauma I experienced through infertility and miscarriage and finally feeling at peace with my experiences, I started wondering…what happens next? How do I move forward better, stronger, and more alive than before?

The next year was spent digging deep to get honest with myself, my capabilities, and identifying exactly how I wanted to represent myself as someone who is childfree after infertility and thriving.

I no longer feel fragile and broken. I feel empowered and determined. I chose to flip the script with the next chapter of my life to make it amazing. And honey, it sure as Hell is. 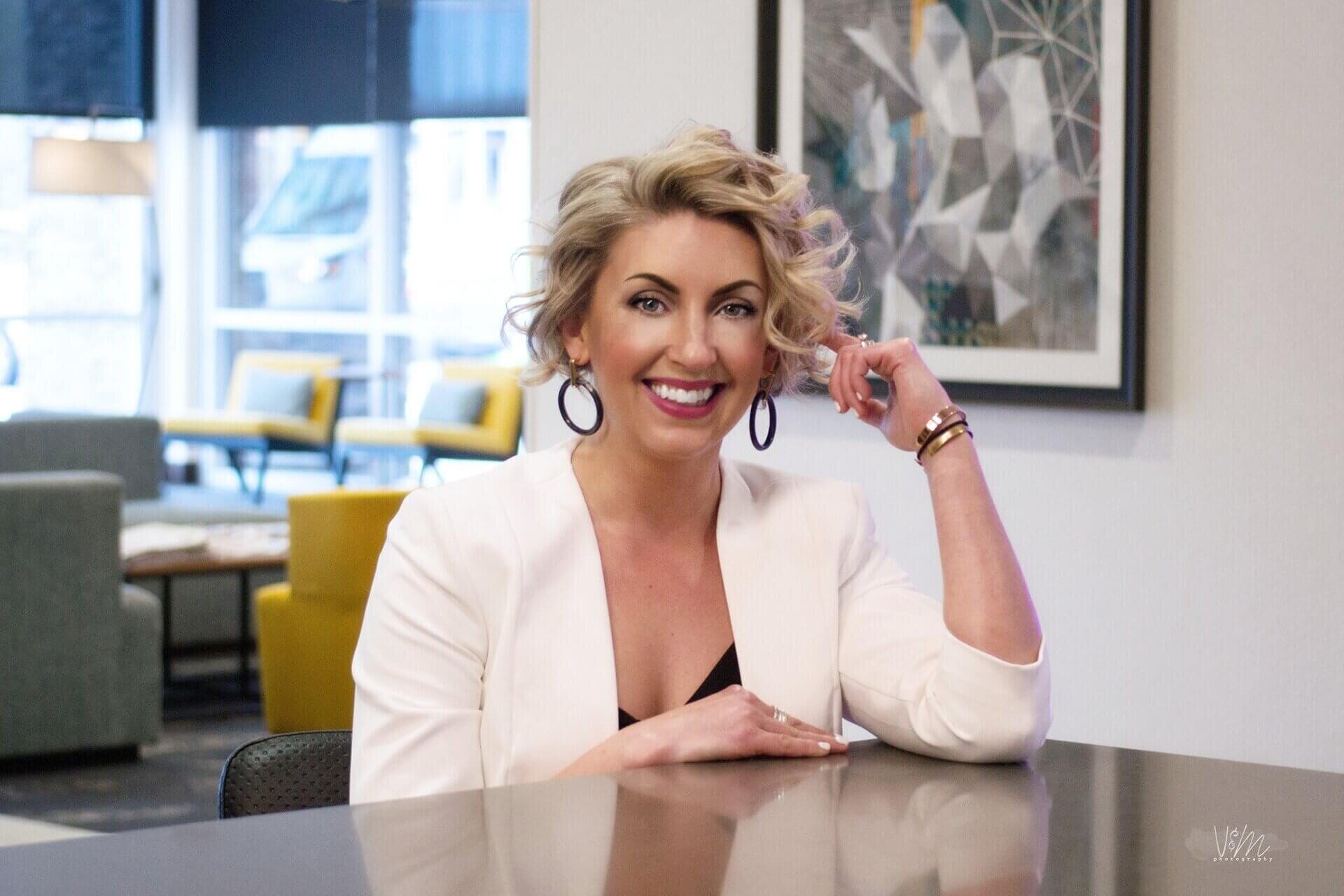 Tia Gendusa is the CEO of the first-ever childfree after infertility coaching platform, Plan Babe. She is a fierce infertility advocate, home improvement fanatic, and HR & Finance professional. She is also a true enneagram 8 and a proud bulldog mama who is passionate about teaching women how to reveal their purpose and rock their “Plan B.” You can follow her on Instagram at @mstiagendusa.